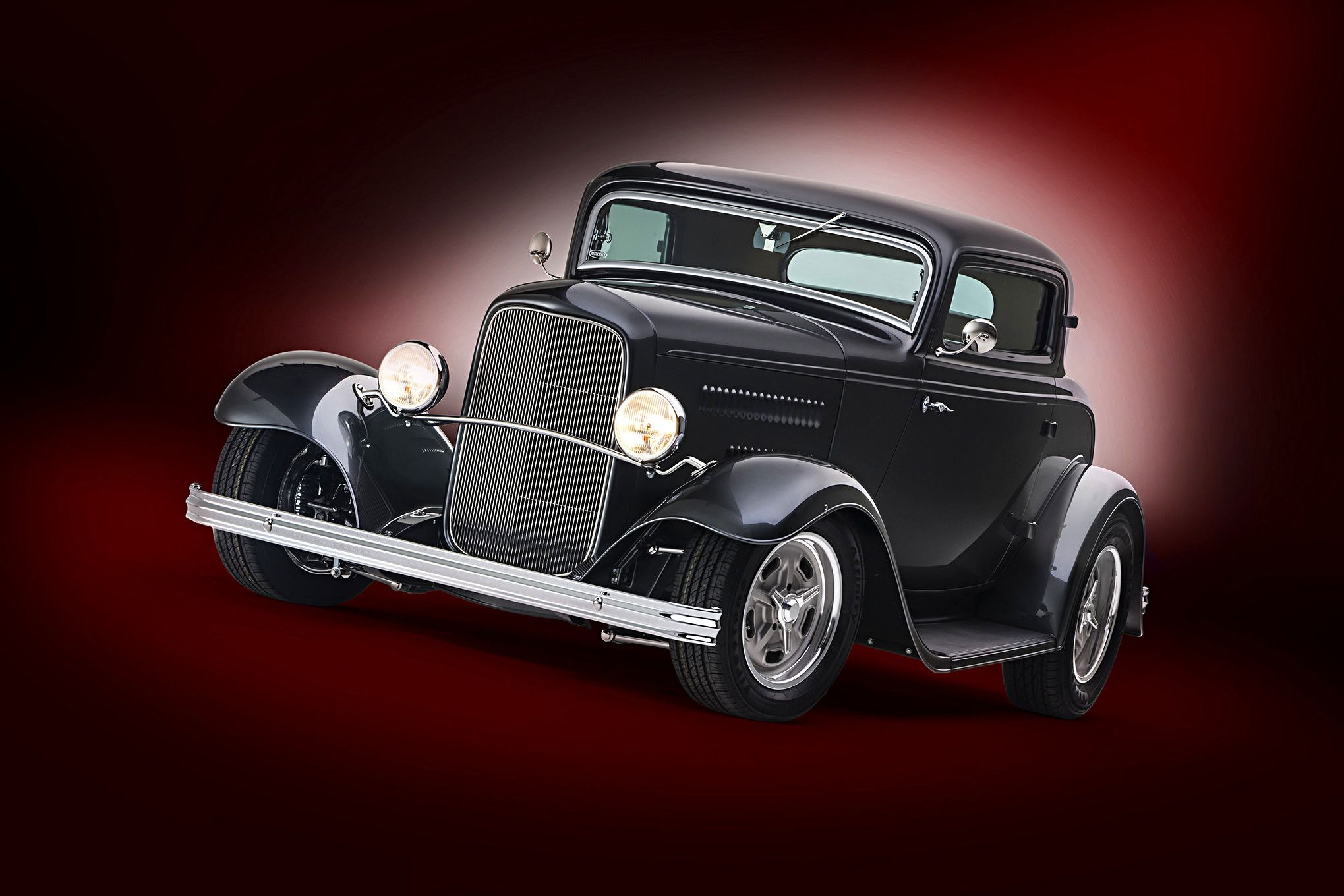 It’s a clear-cut case of cause and effect—the music played by American rhythm and blues artists found its way to England, and then R&B returned to the states as a whole new style of rock and roll. For anyone who grew up in the United States during the mid-’60s British Invasion, the influences American rock and roll musicians adopted from the English are fairly easy to hear in their music, but did anyone ever notice the effects American rock and roll music had on English musicians during that period? 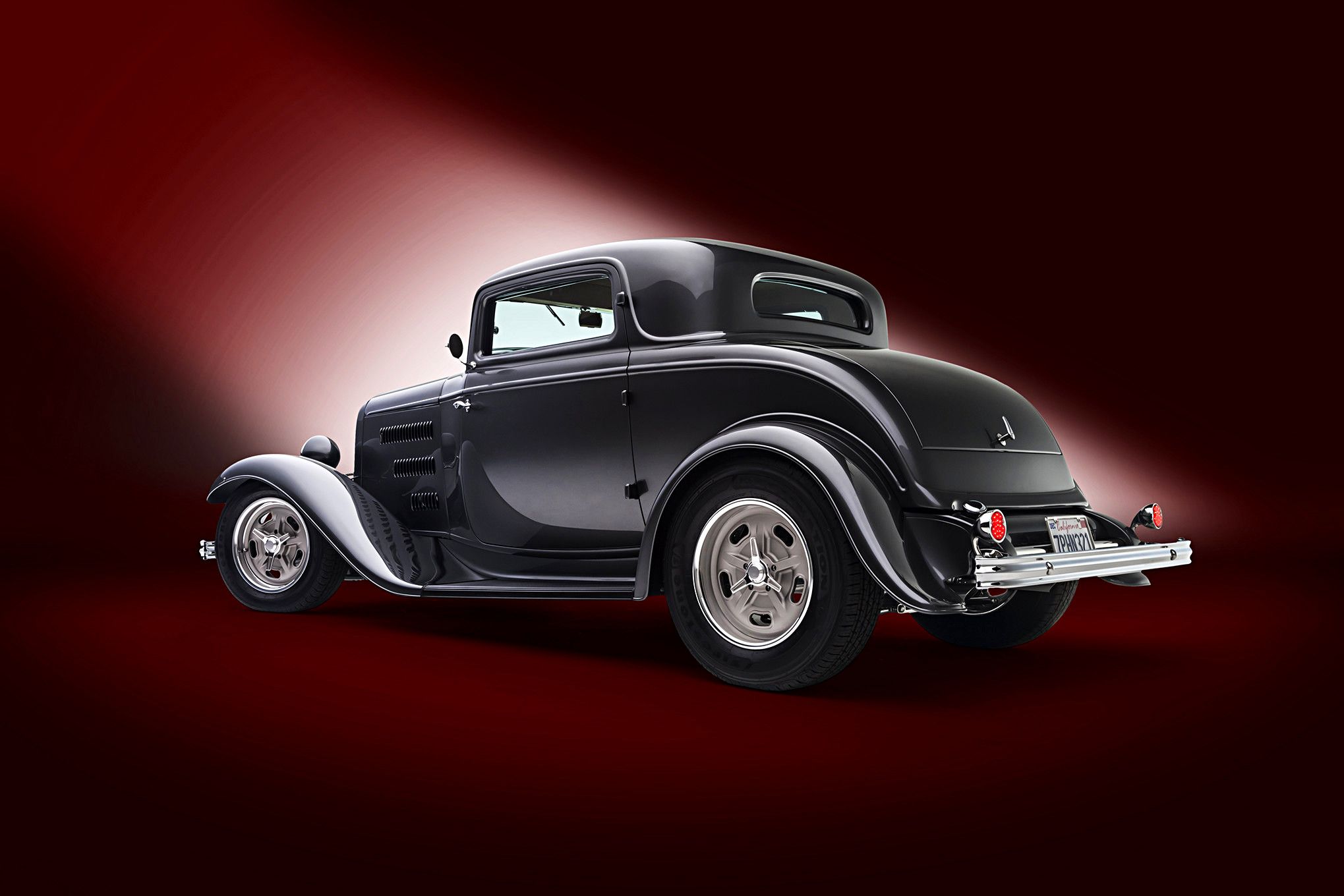 I didn’t interview Eric Clapton; so I can’t speak to what influenced his affection for the Deuce coupe, or hot rods in general, but I did chat with Roy Brizio about his most recent build in a series of cars he’s constructed for Eric. Starting with the frame the 1932 Ford reproduction rails arrived from American Stamping in Olive Branch, Mississippi, via a Memphis, Tennessee, shipping hub, and reached Roy Brizio Street Rods in South San Francisco ready for the bespoke steps, starting with the Deuce rails placed on a frame table.

The steel three-window body on Eric’s Deuce coupe is a Brookville with a 3 1/2-inch chop sliced by Brizio craftsmen, Jack Stratton and Andrik Albor. After the top chop a sheet of steel was shaped to conform and welded in to fill the roof. The coach-crafted aluminum hood by Jack Hagemann is abutted with a Brookville Deuce radiator shell inserted with a Dan Fink stainless steel grille. In line with 1932 the only year Ford utilized the outer framerails as a design element the original-style 14-gallon gas tank reproduced by Tanks Inc. continues Henry Ford’s exposed parts theme at the rear.

With Eric’s coupe fully mocked up (assembled) in bare metal the car was sent as a complete roller to Dan Laughlin Customs in Anderson, California, for final metal finishing, gapping, and preparation for paint. Then Eric Sanderson, Dan Laughlin Customs’ painter sprayed the Deuce, Ferrari Grigio Silverstone in BASF Glasurit paint. Joe at Joe Compani Color in Hayward, California, painted the frame, engine, and all ancillary parts using paint from the same batch. Exterior items essential to street legality, include headlights and rearview mirrors from SO-CAL, brake/taillights from Johnson’s Rod Shop, and bumpers from Bob Drake Reproductions of Grants Pass, Oregon. All of the show-quality chrome on the coupe was plated by Sherm’s Custom Plating in Sacramento, California.

Horsepower to push the three-window coupe comes from a 402-inch Ford engine built by Roush Performance of Livonia, Michigan. The Ford mill is set up as a tractable performer with a 650-cfm Edelbrock carburetor on an Edelbrock-Roush intake manifold with Roush air cleaner for induction. Spark comes from MSD ignition transmitted through Taylor wires to the plugs. For the exhaust Sanderson headers of 1 1/2-inch-diameter dump into a 2 1/4-inch custom exhaust system by Brizio’s Jack Stratton. Silencing the 402’s exhaust note is a pair of Stainless Steel Specialties round Turbo Tone mufflers. The complete exhaust system received ceramic coating at Sanderson. A Roush hydraulic roller cam in sync with a forged steel crank, H-beam rods, and forged pistons pops the valves open. Horsepower is rated at 375. Real hot rods have three pedals and Eric’s coupe is no exception; a Drive Line Service of San Leandro, California, driveshaft connects a Lokar shifter equipped Tremec TKO 600 five-speed transmission with Fifth gear 0.64 overdrive. The cooling system consists of a Walker (Since 1932) brass tanked and copper-finned radiator with a genuine Ford water pump assisted by a Cooling Components electric fan. A Powermaster high-amp alternator courses 12V juice through a custom wiring harness by Jim Vickery to supply all of the electrical demands. 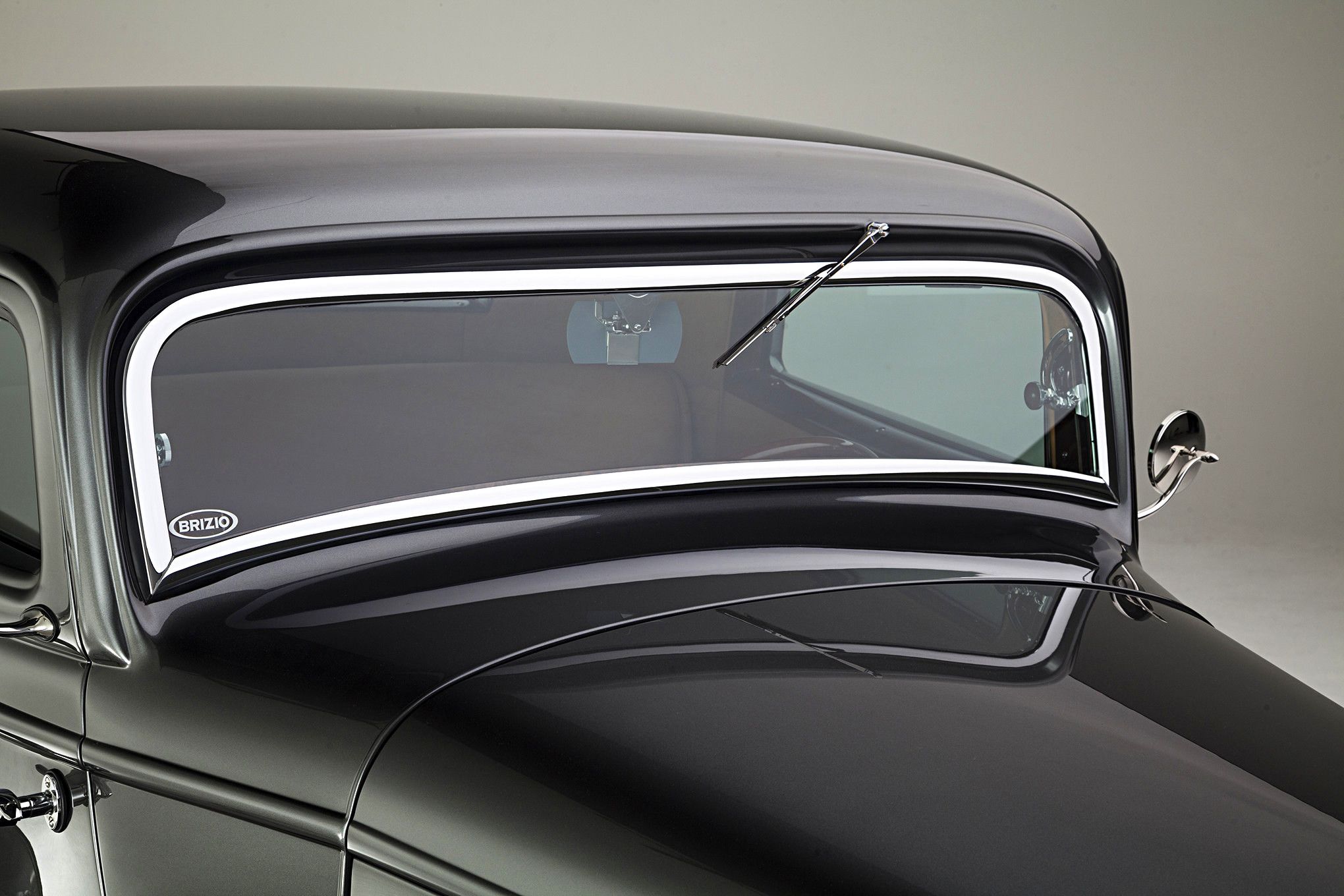 Eric Clapton’s Brizio-built 1932 Ford three-window coupe debuted at the 2016 Grand National Roadster Show in Pomona, California, and has been rolling and tumbling ever since.