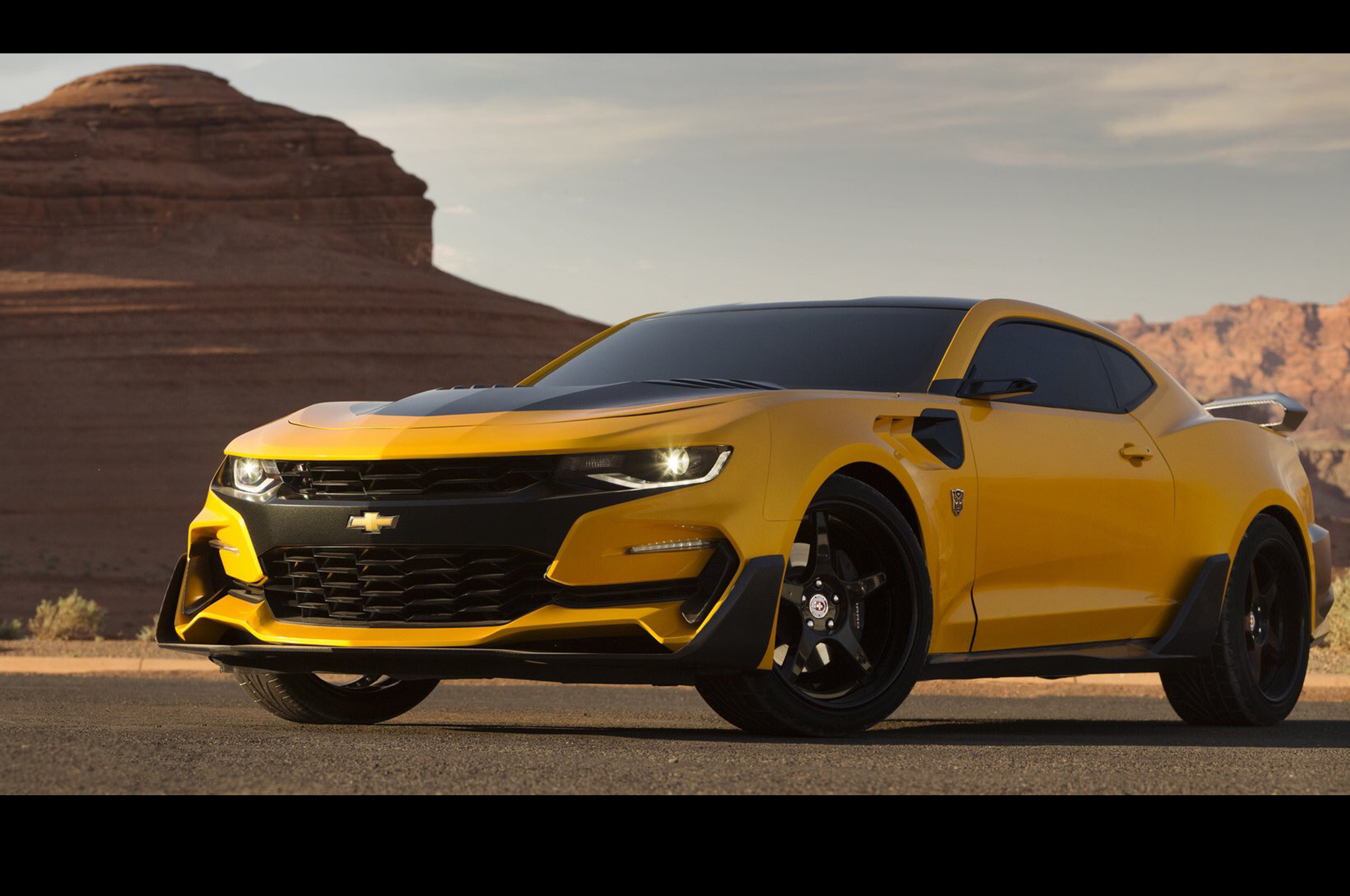 Just like death, taxes, and the Ford Mustang, a new Transformers movie is inevitable. The fifth installment of the big screen blockbuster is set for a summer 2017 release, and director Michael Bay celebrated by revealing the next iteration of the Bumblebee Camaro.

With a relationship stretching back to the first film in 2007, the modern Chevrolet Camaro is inexorably linked to the film franchise. In the 2007 film, a black-on-yellow fifth-generation Camaro got audiences all hot and bothered about the Bowtie’s newest coupe before the car could even hit dealer lots. This explosion of popularity resulted in the creation of an official Bumblebee Edition Camaro, so fans could live out their Transformers fantasies in real life. Since the first film, each subsequent installment featured a tweaked and modified variant of the fifth-generation Camaro, and this fifth Transformers movie is no exception.

While no specific details are available, the new Bumblebee Camaro certainly looks the part. The new car is clearly based on the sixth-generation Camaro, with a narrower and lower profile than the older Bumblebees. The new car features a wildly aggressive aerodynamic kit, with a deep front splitter, functional side-skirts, and a relatively large rear trunk-mounted wing.  In the front, the splitter rests on a redesigned front clip, with a modified lower intake design. New unique wheels round out the new design.

No info was provided on the powertrain, but it’s safe to assume either the 6.2-liter LT1 V-8 from the SS or LT4 supercharged V-8 from the new ZL1 will find its way onto the big screen.

Look for more details on the newest Transformers Camaro closer to the debut of the movie next summer.