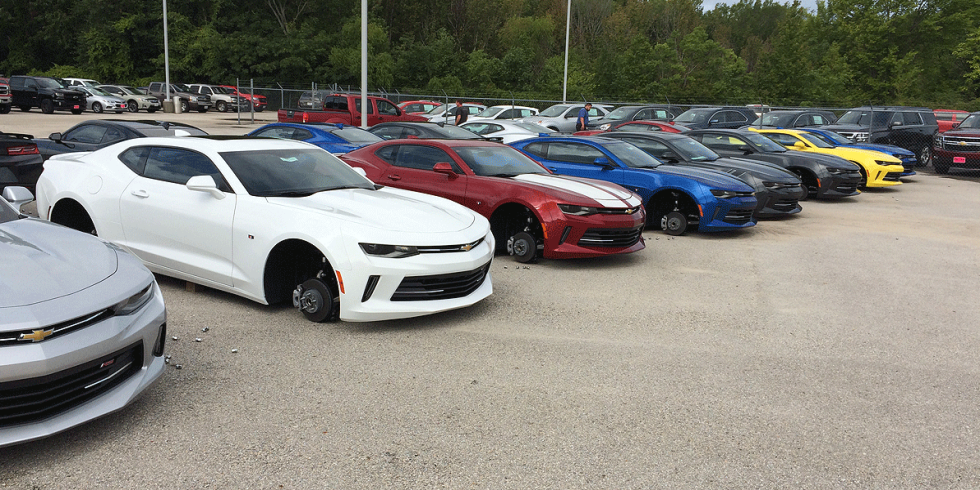 Chevrolet Dealer’s Wheels Being Stolen and the Value at $250,000

Peltier Chevrolet in Tyler found that when thieves stole the wheels and tires off of 48 cars on its lot.

The thieves managed to knock out the bright spotlights illuminating the lot, then cut the locks on the gates behind the dealership. Over the next four hours, they made off with up to $250,000 in wheels and tires.

The cars themselves were left on blocks, with lug nuts scattered all over the ground. But as you can imagine, the thieves weren’t particularly careful with the cars, and several appear to have been damaged.

“We’ll go through and do a full safety inspection, get wheels and tires replaced and we’ve contacted our insurance company,” David Bates, the dealership’s general manager, told Automotive News. “It’s rough but we’ll get through it.”

The thieves didn’t just target the most valuable wheels, either. They even hit relatively inexpensive Camaros and Traverses with wheels that Bates described as “nothing out of the ordinary.”