You are here: Home  /  Automotive News  /  Chinese Automakers Think They Can Finally Win America Over With an SUV
Automotive News 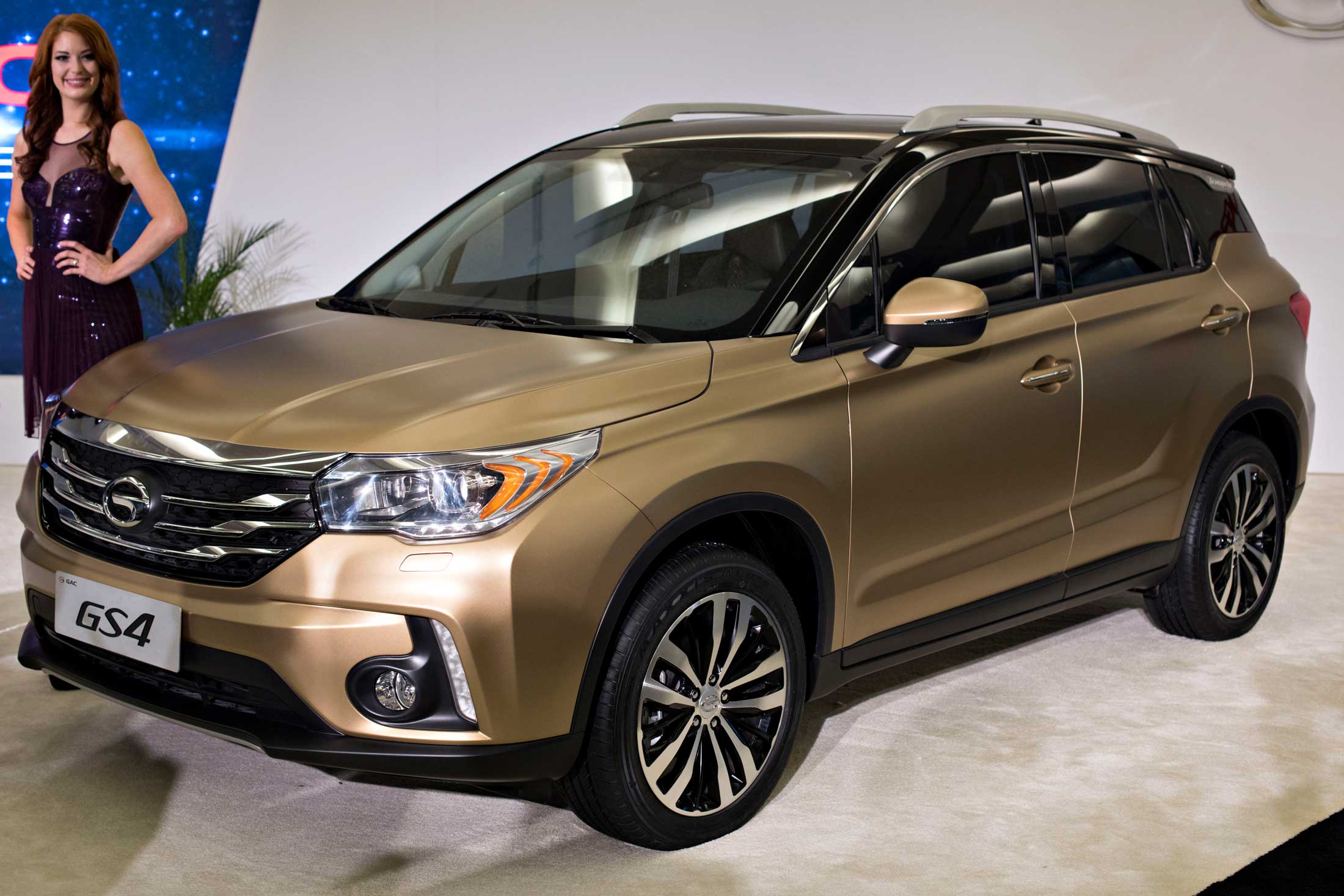 American automakers sold 2.96 million vehicles in China last year. But no mainland car brand has yet to crack the U.S. market. It hasn’t been for lack of trying. Zhejiang Geely Holding Group and BYD, two large Chinese carmakers, had set—and failed to achieve—timetables to begin U.S. sales as far back as a decade ago. They’d underestimated the difficulties of meeting American regulatory standards and consumer expectations. Now Guangzhou Automobile Group believes that the third time could spell success.

GAC, as the automaker is known, displayed its Trumpchi brand on the main show floor of the North American International Auto Show in Detroit in January, flanked on three sides by Toyota, Lexus, and Volvo Cars, the only other Chinese-controlled brand represented this year at the biggest car exposition in North America.

State-owned GAC jointly produces cars with Toyota, Honda, and Fiat Chrysler Automobiles (FCA) in China. In 2010 it started Trumpchi—a phonetic rendering of the brand’s Chinese name that’s also a play in English on “China’s trump card”—as part of a broader push by the country to promote indigenous brands. “If we make it work in the U.S., it’ll help us with our international expansion and greatly enhance our brand image in all markets,” says GAC President Feng Xingya.

He says he recognizes how tough it is for a new overseas brand to make it in the U.S. But his job could be made even more difficult because of the wild card of U.S.-China relations, with President Trump’s positions on trade, currency manipulation, and the One China policy already raising tensions between the world’s two biggest economies. (Trumpchi’s name has no relation to the American president, and GAC has no plans at present to change it, according to Feng.)

GAC knows first-hand how international tensions can pinch its operations. When bilateral ties between China and Japan nose-dived in 2012, GAC suffered a 74 percent plunge in profit that year as Chinese consumers boycotted Japanese brands, including those that GAC manufactures on the mainland.

GAC’s plan is to export its China-made cars to the U.S. until sales reach a level that would justify starting production in the U.S., which Feng says automakers typically set at 200,000 vehicles a year. “I hope the new U.S. administration would take a balanced policy that would not only encourage local production but also be tolerant to imports” in the early stages when volumes are small, he says. “When water flows, a canal eventually forms,” Feng adds, using a Chinese idiom that describes how something will naturally happen when the conditions are ripe.

To achieve its goal of hitting U.S. showrooms as early as 2018, GAC will open a research and development center in America this year to make the Trumpchi brand compliant with regulations. Even then, the company won’t actually begin sales until it has a “solid understanding of consumer preferences, regulations, laws, pretty much everything, and be fully prepared accordingly,” Feng says.

The automaker has been laying the groundwork for its U.S. entry for several years, featuring its GS5 sedan in a Transformers movie in 2014 and airing commercials for its GS7 SUV on giant electronic billboards in New York’s Times Square in November to raise consumer awareness.

While the Trumpchi didn’t exactly wow the automotive press at the Detroit auto show, it at least won concessions that a Chinese carmaker entering the U.S. market, as Car and Driver put it, “isn’t a question of if, but when.” The motoring magazine went on to opine that the GS7 SUV ,while far from leading the class in material quality, fit, and finish, wasn’t a “horror show” either.

Motor Trend advised its readers not to “necessarily expect the products to be laughable when they arrive—at least not for long.” GAC appears to have achieved the quality level “Korea managed a couple of vehicle generations ago,” it said.

“Chinese brands are fast closing the quality gap with Western automakers, but they will need to meet much tougher U.S. emissions and safety standards,” says Michael Dunne, the author of American Wheels, Chinese Roads who’s working on a book about Chinese automakers coming to America. “Chinese carmakers will have to earn American consumers’ trust, just as the Koreans and Japanese before them. This could take 10 years.”

Chinese carmakers—at least those with international ambitions—have come a long way from the days when they were synonymous with blatant rip-offs and poor quality. Car owners had an average of 116 more complaints per 100 cars for Chinese brands than foreign nameplates in a J.D. Power quality survey in 2009. By last year, that gap had narrowed to 14, with Trumpchi topping the list of Chinese nameplates for quality.

GAC exports the made-in-China Trumpchi to Kuwait, the United Arab Emirates, and Chile. At home, the six-year-old brand has sold 800,000 units. The GS4 SUV, which starts at 99,800 yuan ($14,600), is the second-best-selling sport utility vehicle in China after Great Wall Motor’s Haval H6.

To build a U.S. distribution network to sell and service its cars, GAC will have to convince American dealership owners that it can become a lasting and profitable venture—no easy task. “How much would dealers be willing to invest in an unknown brand from China?” asks Frank Ursomarso Sr., whose Union Park Automotive Group sells Honda, BMW, Volvo, Buick, and Jaguar cars in Wilmington, Del. “Not much money, I believe.” He says with a new brand dealers get no revenue from servicing cars or selling used ones. “I would rather sell more vehicles for brands I have than be a pioneer for a new Chinese brand,” he says.

Feng says GAC could seek help from FCA, with which it manufactures Jeeps in China, in building a network of dealers in the U.S. He declined to go into specifics. An FCA spokesperson said there is nothing to announce at this time.

To persuade American consumers to take a chance on an unfamiliar brand, GAC may have to borrow from Hyundai’s playbook. South Korea’s largest automaker began offering a 10-year warranty on its vehicles in 1998 in part to overcome a reputation for poor quality. “Hyundai only gained real, sustained traction after it offered a 100,00-miles, 10-year warranty,” says author Dunne, a Hong Kong-based former GM executive who now runs his own advisory firm, Dunne Automotive. “Chinese companies won’t find any shortcuts here.”

Back in Detroit, in the main hall of Cobo Center where the auto show was under way, GAC’s display found a fan in security employee Donna Miles Baldwin, who was enjoying the perk of seeing the season’s new cars before the paying public.

“I love it. I would buy it if it is good quality, easy to maintain, and good for my wallet,” Baldwin said of the Trumpchi brand while checking out its EnSpirit plug-in hybrid concept vehicle. She’s planning to buy a third car sometime in the next two years to add to her family’s Dodge Journey and Volvo S60. “I have no problem buying Chinese brand cars as long as they are good,” she said. GAC’s Feng likes the sound of that.

The bottom line: American carmakers have become big players in China. Guangzhou Automobile Group wants to do that in the U.S.