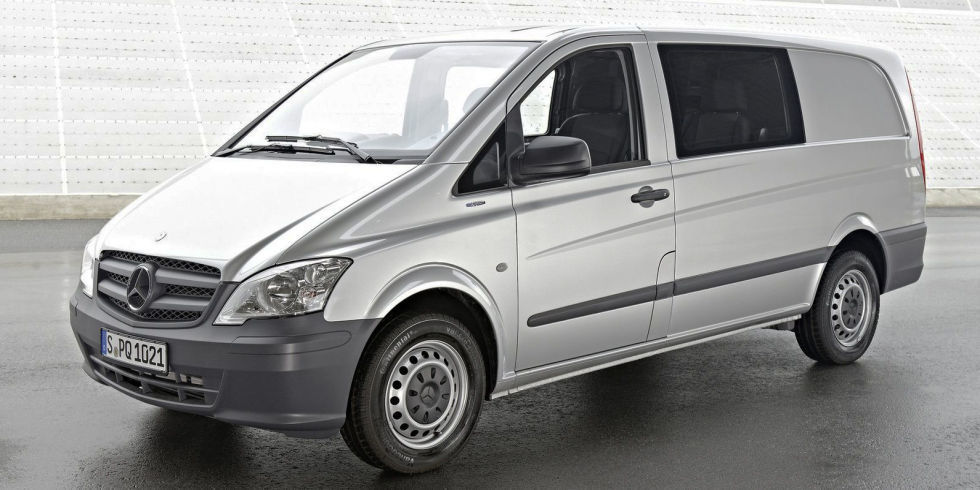 As Reuters reports, Atieva is headed by Bernard Tse, an ex-Tesla Vice President and board member, as well as Peter Rawlinson, the former chief engineer of the Tesla Model S. They don’t have a factory yet, but they do have a van nicknamed Edna.

Chinese-funded startups and companies claiming to be building the next great electric car seem like they’re a dime a dozen these days. But with a core staff of former Tesla executives, the claims from a startup calling itself Atieva may actually have some substance.

Specifically, they have a Mercedes-Benz Vito like the one pictured above. But unlike a regular Vito, Edna is an all-wheel drive electric van that makes 900 horsepower. Even with 5000 pounds to move, that’s enough power to hit 60 mph in 3.1 seconds.

Atieva plans to use that same powertrain in a Model S-fighting luxury sedan it claims will be even quicker, hitting 60 mph in 2.7 seconds. If things go according to plan, the company will follow up the launch of its sedan with two luxury SUVs.

But even with superstar talent, turning a startup into a viable automaker is going to be incredibly difficult. Atieva is funded by several Chinese investors, but so are competitors like Faraday Future and NextEV.

And even Tesla, the most successful electric car company so far, has struggled to establish itself as more than a niche automakers. All of its product launches so far have faced delays, and even after deliveries of its Model X SUV began, quality issues and glitches have been a problem.