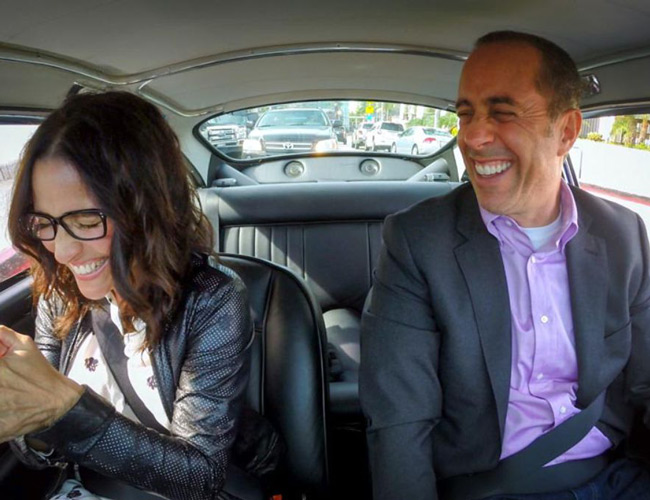 The fantastically simple premise, for those unfamiliar: Jerry Seinfeld hangs out with really funny people in unbelievably cool cars.

Comedians in Cars Getting Coffee is coming back for an eighth season and it’s timing couldn’t be better. Depending on who you talk to, and as far as car shows go, the reborn Top Gear isn’t much of an option any more. But CiCGC is a more-than-adequate time-killer until The Grand Tour airs in Autumn.

The previous season will be hard to top, with guests like Barack Obama in a ‘63 Stingray, Gary Shandling in a ‘79 Porsche 930 Turbo and Will Ferrell in a ‘70 Plymouth Superbird. But based on the new season’s teaser trailer — which has Lorne Michaels in a Mercedes-Benz 300 SL, Judd Apatow in a 1968 Firebird Ram Air (with the optional hood tachometer, of course), Jerry camping with Jim Gaffigan in a VW Camper Van and John Oliver in A Triumph TR3. It’s sure to produce some highly caffeinated spit takes.