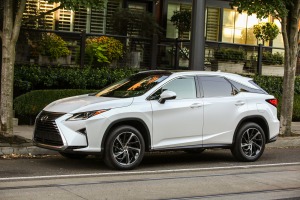 It is unknown how many vehicles are affected at this point.

TORRANCE, California — Lexus dealers are ready to fix a computer problem that can disable the navigation, audio and climate-control systems in 2014-’16 Lexus vehicles and the 2016 Toyota Land Cruiser SUV, a Toyota spokeswoman told Edmunds on Wednesday.

“Errant data broadcast by our traffic and weather data service provider was not handled as expected by the microcomputer in the vehicle navigation head unit (center display),” wrote Cindy Knight, a Toyota spokeswoman in response to a query. “In some situations, this issue can cause the head unit to restart repeatedly, affecting operation of the navigation system, audio and climate-control features.”

The data suspected to be the source of the error was corrected on Tuesday. Toyota did not identify the service provider.

“The correction is a forced reset and clearing of the errant data from the system,” Knight added.

Dealers will perform a complimentary system reset and a confirmation that the problem is corrected.

Edmunds says: If you own one of these vehicles and are experiencing these issues, it’s time to get in touch with your dealer to schedule the reset.

The Greatest Car Japan Has Ever Made