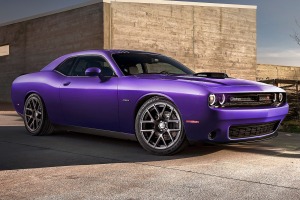 DETROIT — Many automakers are rolling out June sales incentives to tempt car shoppers into dealer showrooms.

BMW is continuing its Choice, Simplified promotion, which offers 2.9 percent financing for up to 72 months on many new models, including the 2016 2 Series, 3 Series, 5 Series and 7 Series sedans and coupes, and the X3 and X5 SUVs, as well as the Z4 sports convertible.

Chevrolet invites owners of competitive vehicles to Find New Roads with cash allowances ranging from $1,250 to $1,750 on such models as the 2016 Chevrolet Cruze and Malibu sedans and the 2016 Traverse SUV, as well as zero-percent financing for 60 months on a 2016 Silverado 1500 Crew Cab pickup.

With the Dodge Summer Clearance Event, shoppers will find deals like $500 in Hemi Bonus Cash on V8-equipped models of the 2016 Charger sedan, Challenger coupe and Durango SUV. There’s also a $3,000 cash allowance being offered on select models of the 2016 Dodge Journey SUV.

The Hyundai Paycation Sales Event offers 0.9-percent financing and no payments for six months, plus extra bonus cash, on models that include the 2016 Hyundai Elantra and Sonata sedans.

The Kia Summer’s on Us Sales Event tempts buyers with hot deals like zero-percent financing with no payments for five months, plus the first two months paid for, with the purchase of a 2016 Kia Soul, Optima, Optima Hybrid or Forte.

The Mercedes-Benz Summer Event lures shoppers away from the beach with 2.99-percent financing for 24-72 months on such models as the 2016 Mercedes-Benz C-Class sedans and coupes, including the 2016 C450 AMG sedan.

The Volvo Summer Sales Event warms up the season with a complimentary Premier package with the purchase of any new model except the 2016 XC90 SUV and high-performance Polestar vehicles. That means with the purchase of such models as the 2016 Volvo S60 and S80 sedans, and the V60 and XC70 wagons, buyers will get additional features like leather seating, a moonroof and a 3D navigation system.

Note that most of these deals are limited-time offers, some apply only to the oldest vehicles currently in stock, and some are available only to existing customers or new customers. Also, offers can vary according to geographic area, trim level of the vehicle, the customer’s credit rating and specific lease or financing terms.

Edmunds says: Consumers in the market for a new vehicle should check with their local dealer for more special offers and incentives this month.