You are here: Home  /  Auto Show  /  Did a Model X Crash After Accelerating on its Own? Tesla Says Nope – Motor Trend
Auto Show 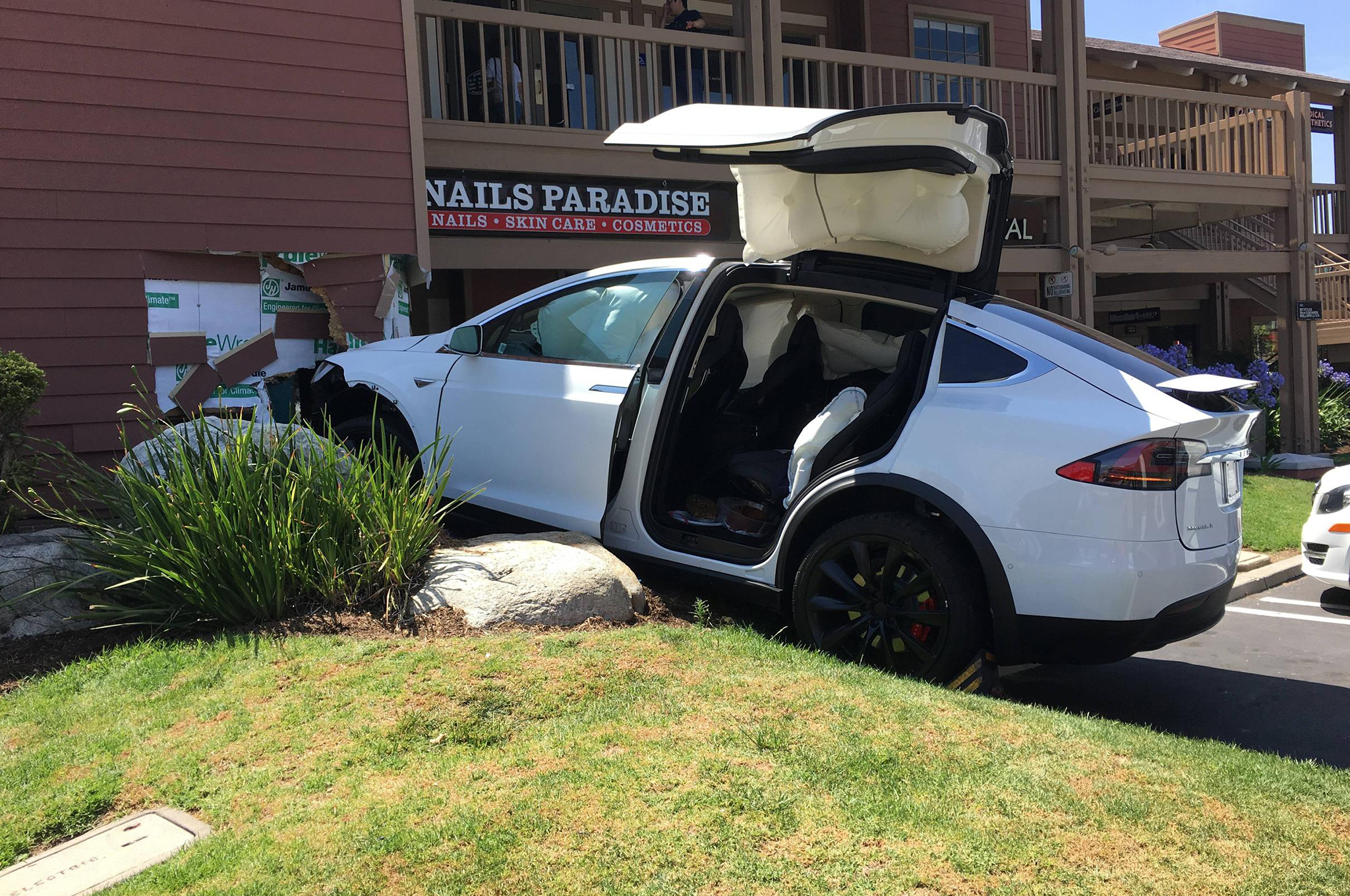 Did a Model X Crash After Accelerating on its Own? Tesla Says Nope – Motor Trend

A Tesla Model X owner is claiming that his new SUV crashed into a building after accelerating on its own. The owner, Puzant Ozbag, shared his story on an online Tesla forum this past weekend, which has prompted an immediate investigation from Tesla.

According to Ozbag, his wife was driving their new Model X in a parking lot when the Autopilot feature caused the SUV to accelerate into a building. Pictures posted by Ozbag show the Model X first jumped the curb and over rocks and plants before hitting the wall. No one was seriously hurt, though he claims his wife suffered burns on her arm when the airbags deployed.

Tesla was quick to investigate the vehicle’s data logs. In a statement sent to us, Tesla says the driver was at fault. Autopilot was not active at the time of the crash, and the logs show the Model X was traveling 6 mph when “the accelerator pedal was abruptly increased to 100%,” Tesla said in the statement. “Consistent with the driver’s actions, the vehicle applied torque and accelerated as instructed.” The automaker also adds that multiple sensors confirm the driver’s action. 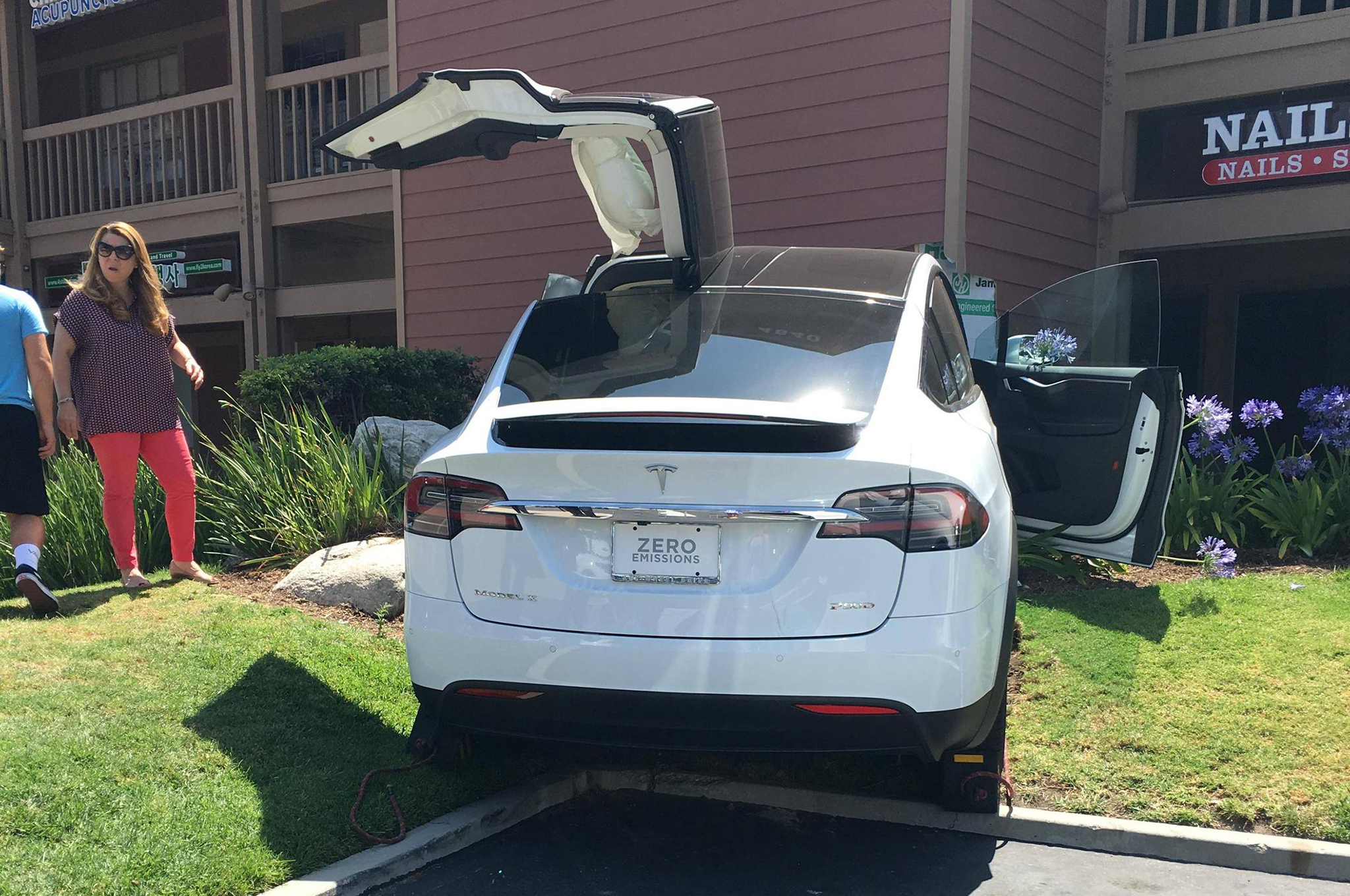 Based on Tesla’s data, this appears to be an unfortunate case of the driver mistaking the accelerator for the brake pedal. Regardless, the owner is not backing down on his claims.

Ozbag sent a statement to news website electrek and said his “wife is a 45-year-old woman with a great driving record. She knows the difference between brake and accelerator pedal. I am waiting to hear from Tesla whether the accelerator pedal can be depressed by the car electronically similar to gas-powered cars’ pedal being depressed on their own while in cruise control.”

Unfortunately for Ozbag, Tesla says Autopilot never physically moves the accelerator pedal, which is exactly what happened based on the vehicle logs.

Last month an owner of a Model S claimed his parked vehicle crashed into a flat-bed trailer on its own, saying the incident was due to a malfunction with the Summon feature, which allows drivers to park or retrieve their Tesla even if they’re not in it. Tesla, however, fought back with data from the vehicle’s log. 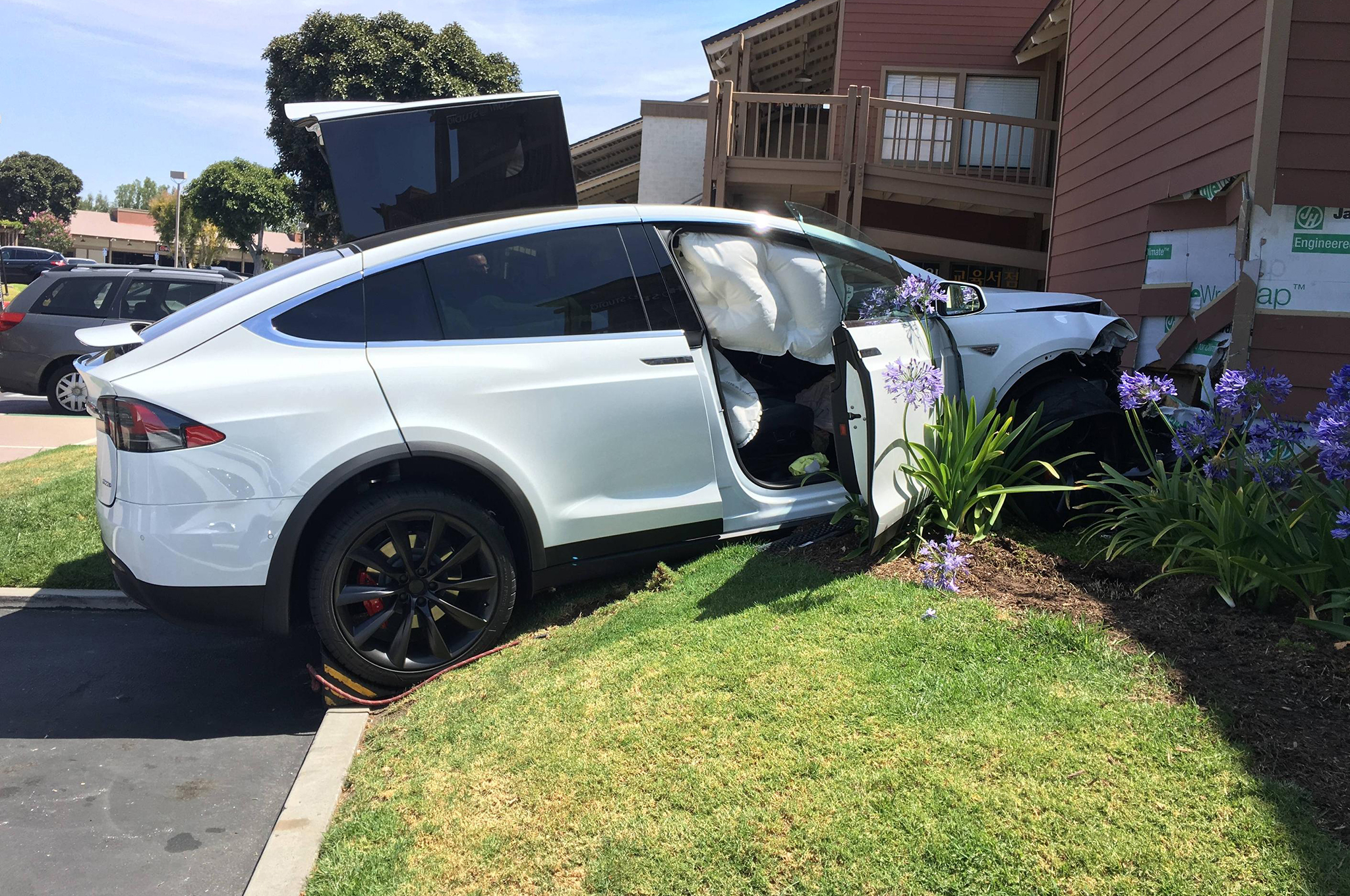 Did a Model X Crash After Accelerating on its Own? Tesla Says Nope