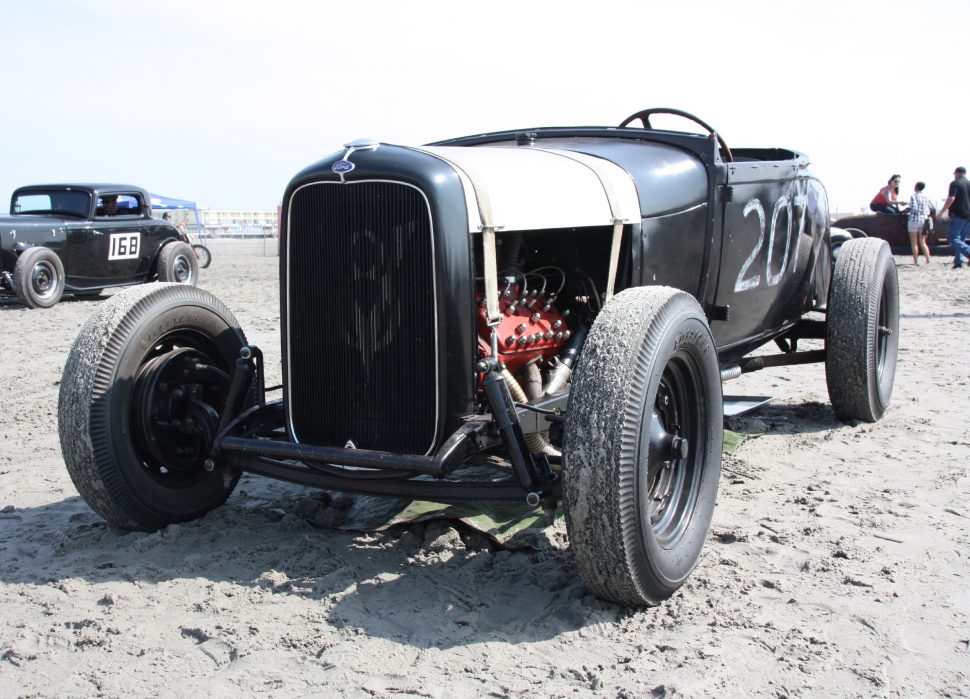 After all, it’s been running around the way you see it for nearly a decade. For a hot rod, especially one that has run at The Race of Gentlemen, that’s an eternity. You’ve probably seen this ’29 Ford roadster with the Ford V-8 logo stenciled on the radiator before.

All-business interior includes an authentic aircraft seat for the driver and a ’40 Ford steering wheel.

It seems like nearly all car guys suffer from a kind of vehicular wanderlust, causing them to flip wistfully through classified ads and daydream about owning, building or restoring different cars from whatever may be sitting in the driveway right that moment.

Jeremiah Thomas, of Hummelstown, Pennsylvania and a member of the Flyers Car Club, has somehow managed to avoid that issue. Probably because he hit on a winning formula right out of the gate with a classic A/V8 built in the style of California’s dry lakes, circa 1946-‘47. 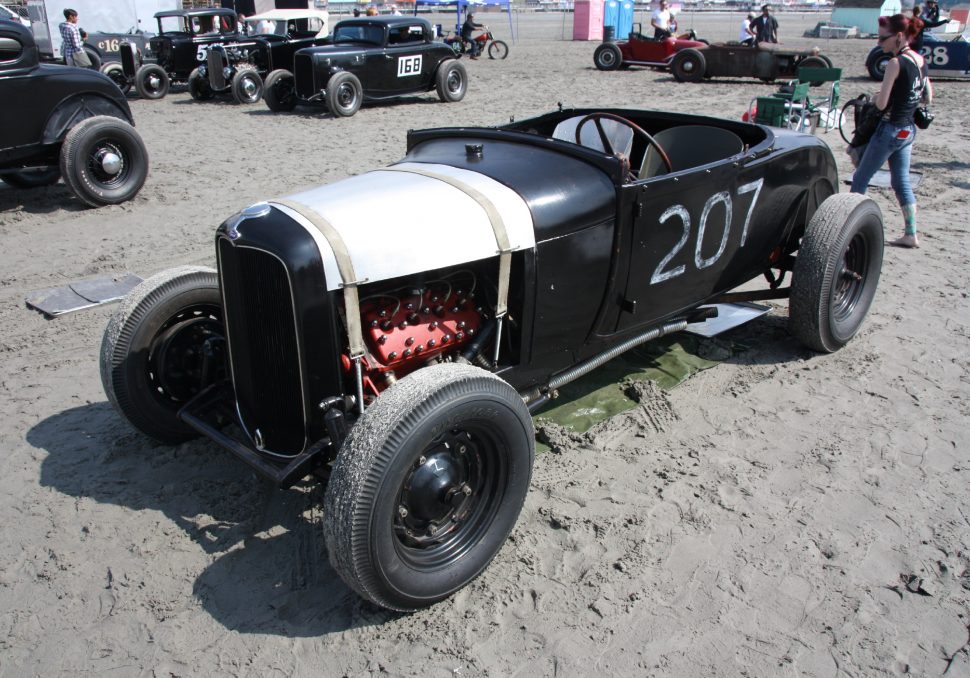 Rolling on Wide Five wheels, the ultra-traditional roadster has amazing presence and stance. 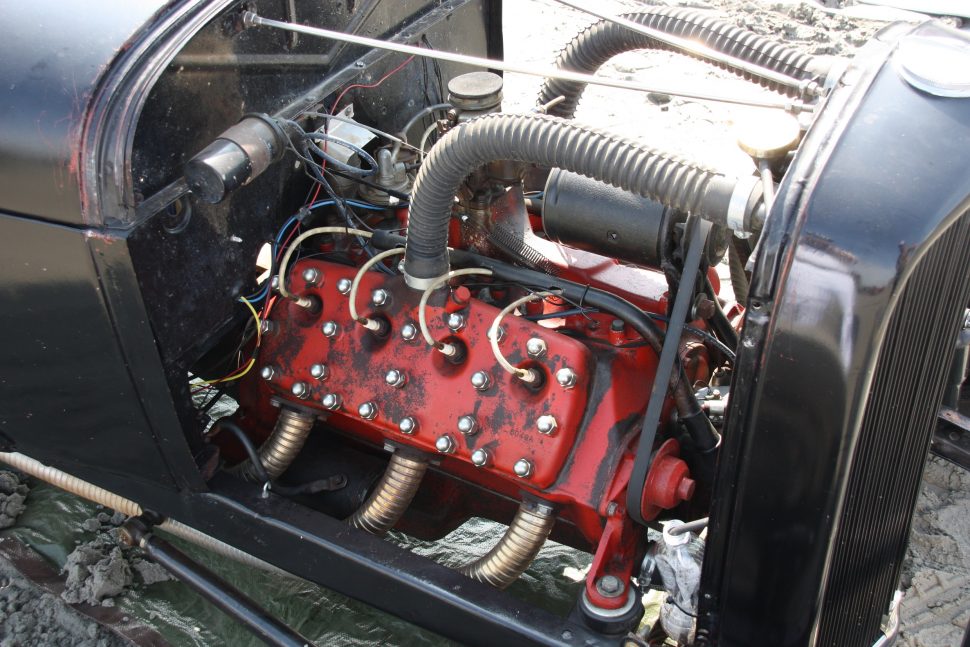 The V-8 is more or less stock for now, save for the distinctive flex-pipe headers and exhausts, but Jeremiah tells us that he has acquired “a Merc block from an old rodder” that will be finding its way into this well-sorted roadster at some point. No rush, though, Jeremiah, we like your hot rod just the way it is!