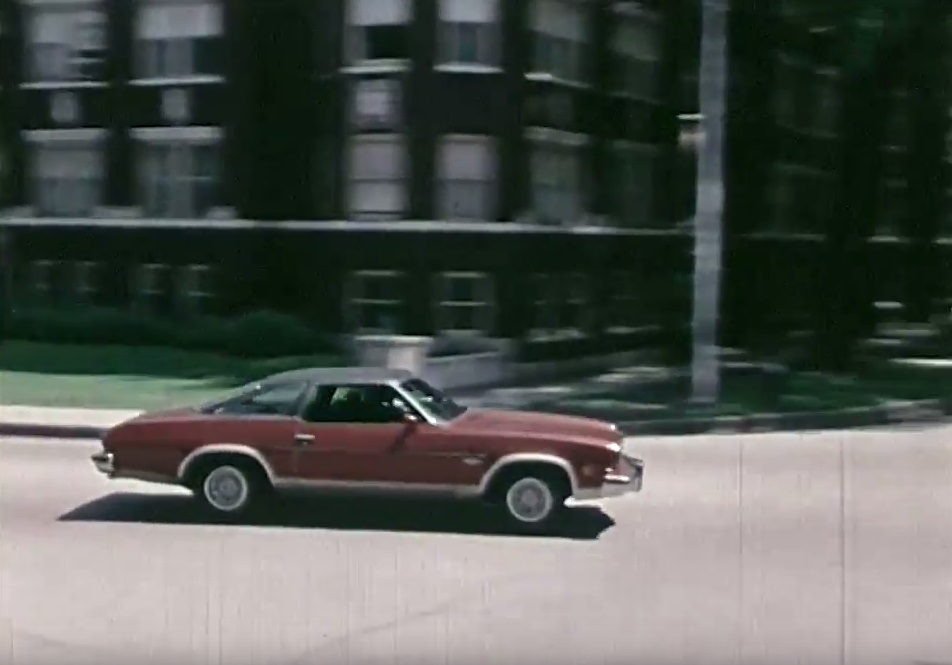 Instead, this is simply a defensive driving lesson regarding negotiating various types of intersections via safe practices and proper etiquette. And the crash scenes are vintage controlled tests using dummies. This is not one of those Driver’s Ed. shock films that most of us grew up with — no real accident scenes, no blood.

A presentation of the “National Safety Council,” it was produced by Jack Lieb Productions Inc. and seems to be geared more toward new drivers. The opening sequence is a Bonnie and Clyde parody with actors in 1930s garb robbing a bank in a 1973 world, and doing a lot of crazy driving in a full-size late-model Ford with Depression era chase music playing in the background.

A description of how a traffic light works and explanations of myriad other traffic rules follow. There’s plenty to learn from this film for young drivers and possibly a few older ones who could use a refresher course. For instance, can we all recall what a “stale green light” is and how it can be dangerous?

While I certainly like to learn things, I have to admit, with films like this, I enjoy spotting cars that interest me even more—be they the stars or just in the background. And this film doesn’t disappoint, as one of the protagonist cars is 1973 Chevelle SS. Yes, the first and last Colonnade body Chevelle SS. The one that isn’t terribly rare, yet is seldom seen today compared to all the earlier Super Sports. It’s shown barreling through an intersection and challenging that stale green light.

Also performing in a few scenes is a Buick Centurion convertible. And let’s not forget the sweet Vega wagon, replete with woodgrain sides burning just a little rubber while entering the expressway.

Oh yeah, and I want all of those toy cars used to demonstrate the right and wrong ways to turn in an intersection, even though at one point, they were “hopelessly locked in the tangle turn,” when they should have made a “tangent turn.” We know the difference between those, right?

In about 10 minutes, this film can help you brush up on your driving skills while you also spot a few interesting early 1970s cars in their natural habitat. Thanks to Ella’s Archives for posting it for us to enjoy.