Best in Show Elegance (foreground) and Sport. Photos by author.

The Amelia Island Concours d’Elegance has earned its place as one of the world’s finest motoring events. This year, looming bad weather forced a last minute date change, but despite the move from Sunday to Saturday, the field was packed with both attendees and over 300 of the finest automobiles in the world. When judging was complete, two stood above the rest: a 1935 Duesenberg SJ with a LaGrande torpedo phaeton body by Walker, which claimed Best of Show, Concours of Elegance, and a 1939 Alfa Romeo 8C 2900B Lungo Spider, which claimed Best of Show, Concours de Sport. 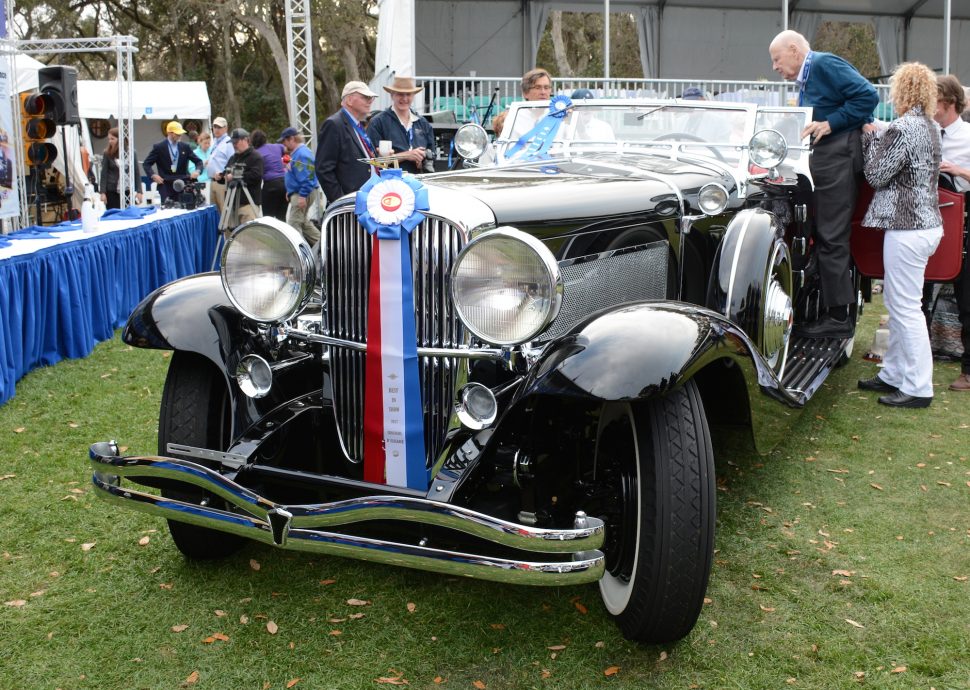 The Duesenberg, now owned by Terence Adderley of Bloomfield Hills, Michigan, was delivered new to E.L. King of Winona, Wisconsin, carrying engine J-558 in chassis 2558. As was the case with most Duesenberg owners, King was a man of wealth and power, and when he proclaimed himself unsatisfied with the car’s performance and handling, Duesenberg agreed to fit the torpedo phaeton body to a new chassis, 2608, powered by engine J-582.

It’s believed by some that J-582 may be among the first of the supercharged SJ Duesenbergs, which raised output of the 420-cu.in. inline eight-cylinder engine from 265 horsepower to roughly 320 horsepower. Early photos show the car fitted with the side exhaust found on supercharged variants, though it was also possible for owners to request the supercharged “look” without adding the actual centrifugal blower.

King’s ownership of the car lasted roughly three years, and, in the prewar years, J-582 is known to have had four more owners. Its sixth owner suffered an accident in the winter of 1945, and noted Duesenberg dealer John Troka is believed to have parted out components of the car to aid in other restorations. It would take until 1961 for then-owner Ernie R. Mills to reunite most of the car’s original components with chassis 2608.

The car remained as a project until acquired by collector Bob Bahre, who funded the restoration of the car (and the reinstallation of its original engine) in the late 1980s. At its debut event, the CCCA Grand Classic, the reborn Duesenberg earned a perfect 100-point score, a feat it has since duplicated several times.

The Alfa Romeo, now owned by the A. Dano Davis Collection of Jacksonville, Florida, is said to be one of 12 built as Touring Spiders, and one of just seven using built on the long (Lungo) chassis. The car’s prewar history is unknown, but in 1949 the Alfa Romeo surfaced in Sao Paulo, Brazil, where it was raced by owner Mario Tavares Leite, who’d imported the car from Italy. 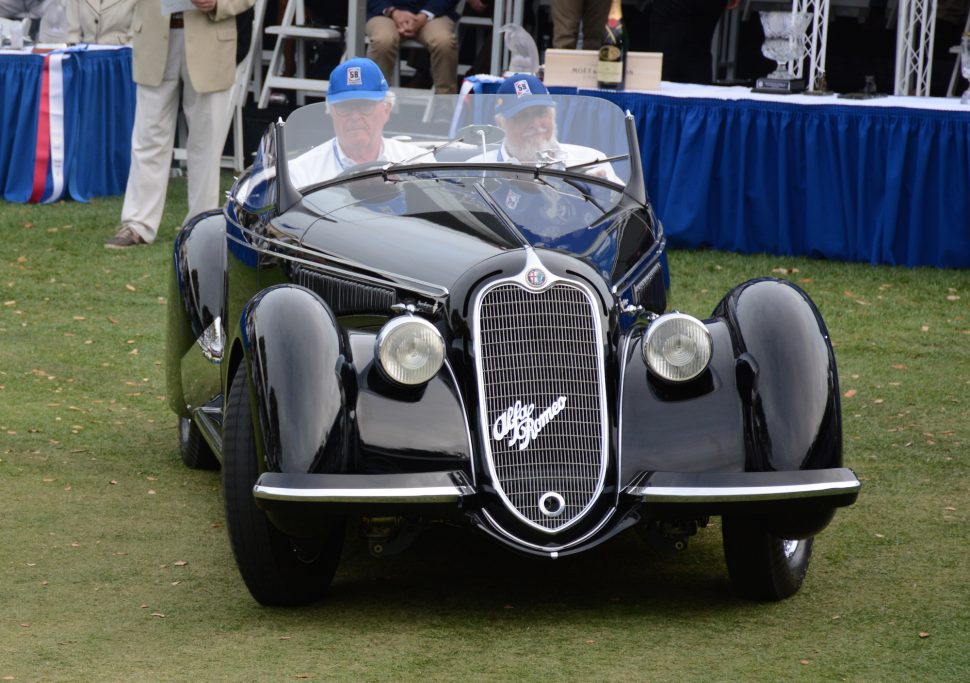 Racing records show the car competing into 1950, but, once again, it dropped from sight. Later, Brazilian driver Camillo Christofaro is said to have raced the car with a shortened chassis and a Corvette engine instead of the original 2.9-liter inline-eight. By the early 1970s, the car had been parted out, its body, engine and chassis all going to different owners. 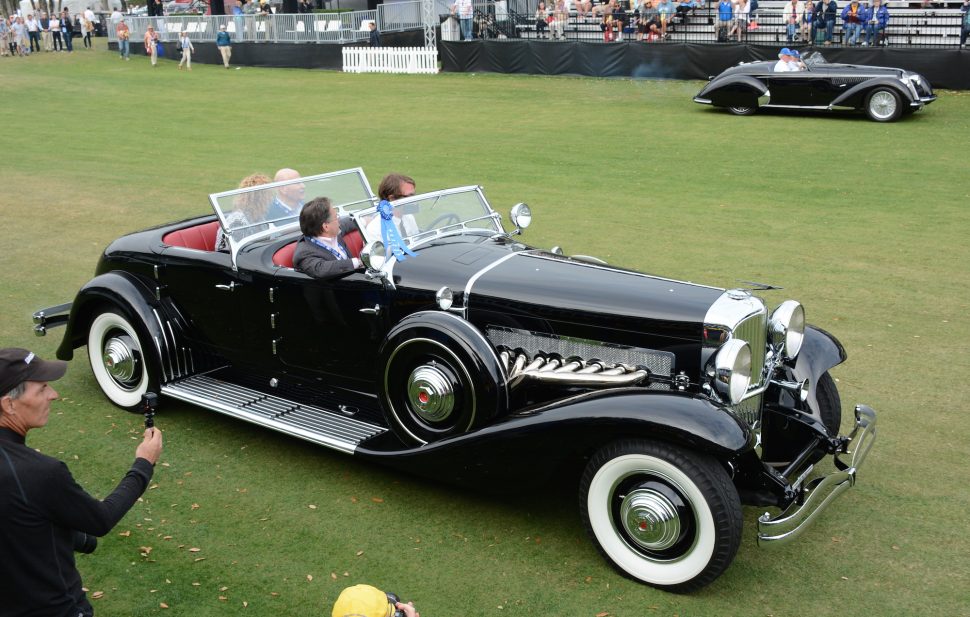 It would take until a mid-1990s restoration for the original chassis (lengthened to proper dimensions) to be reunited with the original body and a period-correct 8C 2900B engine, and at the car’s concours debut (at Pebble Beach in 1999), it earned a second in class ribbon and the Gwenn Graham Trophy for the Most Elegant convertible.