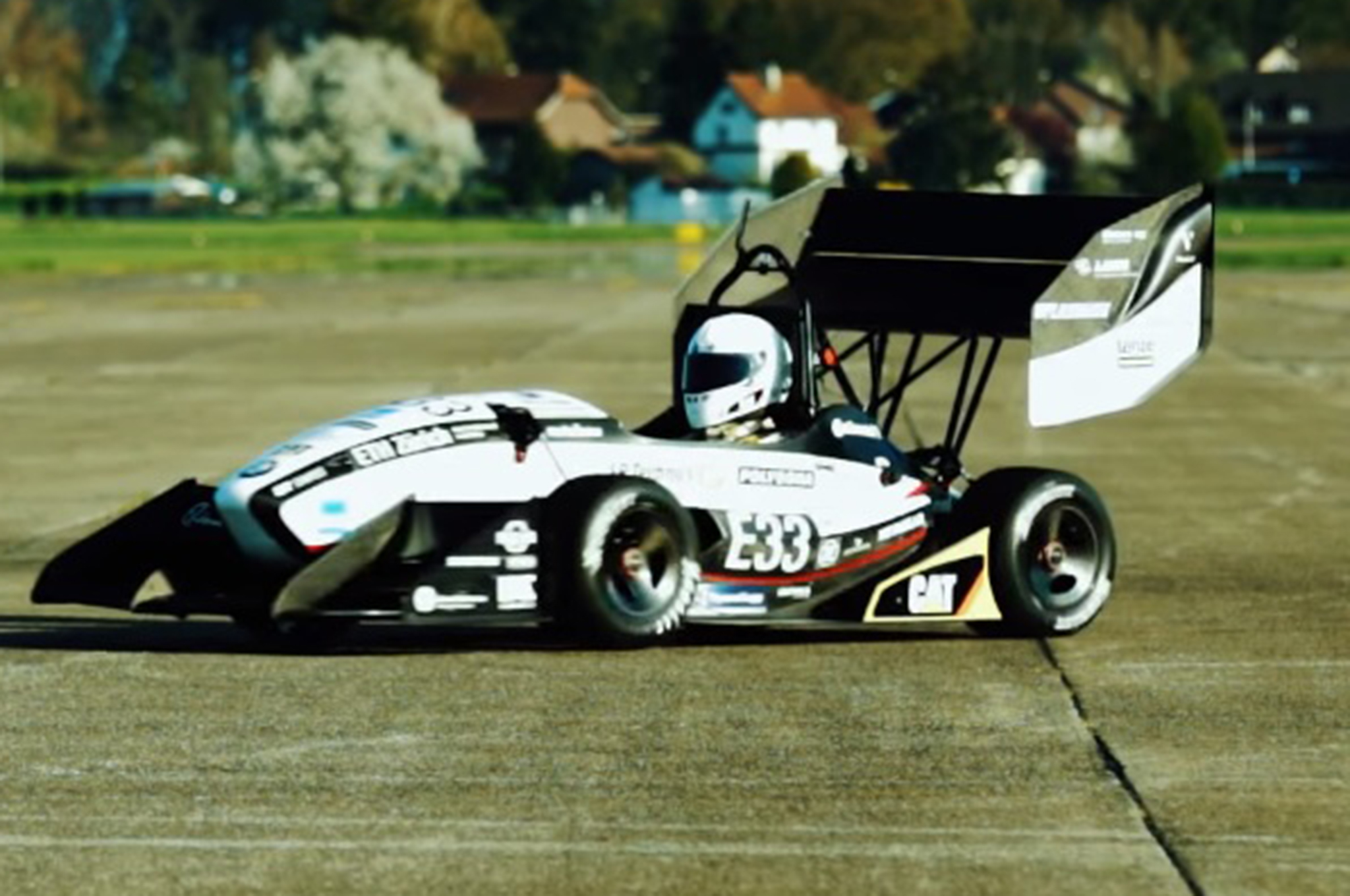 An electric car recently sprinted to 62 mph in just 1.5 seconds and no, it wasn’t a Tesla. Setting the ludicrous new Guinness world record for the fastest electric vehicle was the «grimsel», a small race car built by a group of students in Switzerland.

The car’s record-breaking run isn’t a surprise once you consider the hardware. Its carbon-fiber moncoque features an aluminum honeycomb core and weighs just 31 pounds. The entire car tips the scale at just 370 pounds. Meanwhile, each wheel is powered by an in-hub, 50-hp electric motor that was developed by the students themselves. In fact, the students developed most of the car’s components, save for the lithium-ion batteries and some of the switchgear.

We keep repeating 1.51x times… this seems to be the limit. Fun fact: The peak acceleration in our best run was 2.25G! We’ll keep trying!

The students who built «grimsel» are actually part of the Academic Motorsports Racing Zurich team (AMZ Racing) that competes in the annual Formula Student competition (also called Formula SAE). Formula Student includes both gas and electric vehicles and the comprehensive competition focuses on the engineering behind the cars. In fact, students must present their car’s engineering design to a panel of experts in addition to providing a cost analysis of their vehicle. If that weren’t enough, the students must then convince a group of pseudo investors to buy their car.

From there, the teams take their cars to the track where their complete performance evaluations including acceleration runs, a figure-eight test, an autocross, and a 13.6-mile endurance race. For safety reasons, there is no wheel-to-wheel competition (these are expensive prototypes usually driven by students who usually have little racing experience).

Check out the videos below to see «grimsel» in action as well as a thorough technical breakdown of the zippy electric race car (skip to 1:45 in the first video to get right to the 0-62 mph run).