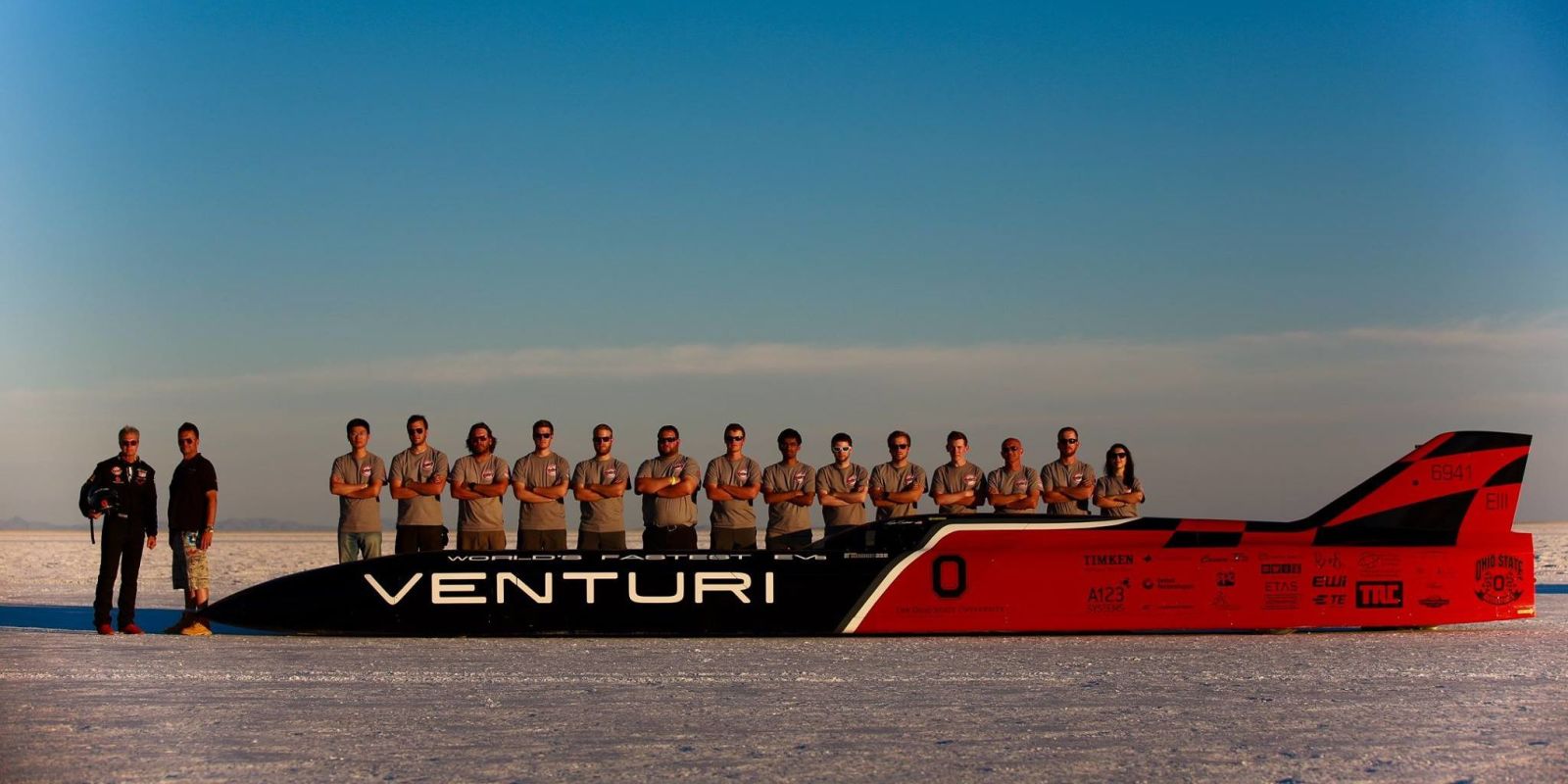 On the Bonneville Salt Flats of Utah, Monday, an electric vehicle with a two-way average speed of 341 mph to broke the land speed record for EVs .

The vehicle, called the Venturi Buckeye Bullet-3, or VBB-3, was developed and built by a team of engineers from Monaco-based Venturi Automobiles and The Ohio State University. The third iteration of the Buckeye Bullet uses two electric motors that can put out 1,500 horsepower (1,119kW) apiece, powered by eight lithium-ion battery packs.

“It’s two motors sharing a cooling system and a common shaft,” former OSU graduate student and team leader David Cooke told Ars Technica back in February. “It makes more manufacturing sense to build smaller motors and couple them together than trying to build one big motor. Today that motor is putting out about 1,000 horsepower in the dyno, but it’s capable of 1,500.”

The OSU-Venturi team has been chasing 400 mph for more than half a decade now. They set the previous EV land speed record at 308 mph back in 2010, but poor salt conditions and mechanical challenges have prevented them from besting that record until now. Last year, the team was forced to abandon their attempt at a new record after a bumpy track caused a welding crack in the coolant tank of VBB-3.

This year was not without engineering challenges either. Because the two axels of VBB-3 operate on separate two-speed Hewland gearboxes, shifting up into second gear at 8500 rpm while already exceeding 200 mph is no easy task. Driver Roger Schroer told Ars on Monday:

“We discovered on Thursday that 10,000 rpm in first gear would go to 275mph (442km/h) at the end of the second mile which was very encouraging; we did that multiple times. The other issue was making sure both front and rear axles will go into second gear. That might seem simple, but it’s complicated with timing due to the electrohydraulic clutches. We have to get the timing correct; getting it wrong would potentially destroy expensive gearboxes.”

By upping the shifting point to more like 10,200 rpm, and possibly decreasing the shift delay time (which is currently at a conservative few seconds), the team hopes to continue pushing the limits of what an electric dragster can do. Here’s to 400 mph.