You are here: Home  /  American Car  /  Cars Brands  /  Tesla Motors  /  Elon Musk’s Plan to Conquer the World Is All About Transportation
American Car 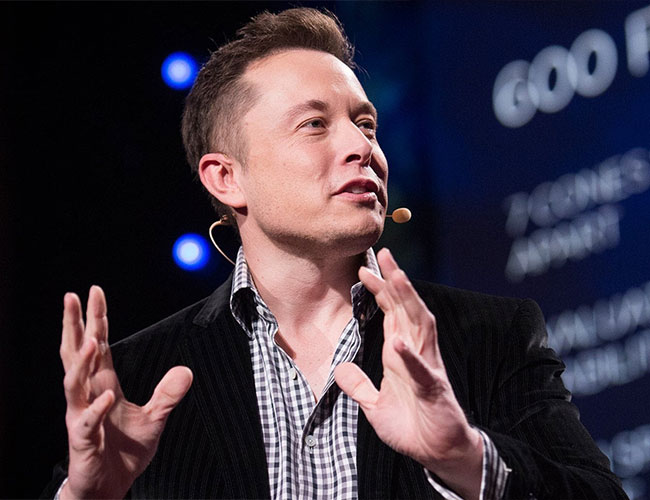 Musk decided to think small due to limited funds and because, in his own words, “I thought our chances of success were so low that I didn’t want to risk anyone’s funds in the beginning but my own. Starting a car company is idiotic, and an electric car company is idiocy squared.” When Elon Musk launched his first car 10 years ago, his mission statement master plan was fairly simple: build a low-volume car (the Tesla Roadster), use the money made from that to build a medium-volume car (the Model S and Model X), then use the money from that to build a mass-market car (the upcoming Model 3).

Now, considering how successful Tesla has been, Musk is ready to move on to the second part of his master plan. In short, Musk wants to think bigger — beyond just building electric luxury cars. At length, here is the future of the company, broken down into four main points:

Solar Power: Zero-emission vehicles aren’t all that helpful to the environment if the electricity powering them is created by burning fossil fuels. Musk’s aim here is to combine his solar energy business, SolarCity, with Tesla, in order to “create a smoothly integrated and beautiful solar-roof-with-battery product that just works.” Musk says he is ready to scale up Tesla’s home energy storage solution, Powerwall, so by integrating SolarCity’s operations into Tesla it should be easier to supply better solar energy systems for consumers.

New Tesla Models: Musk admits that his EVs currently address a very small part of the automotive marketplace — luxury sedans and SUVs. His solution is to produce more EVs for more segments, and this will include a new compact SUV (presumably based on the Model 3) and a new pickup. Ramping up production is a big concern, as Tesla has had issues with missing deliveries, but Musk continues to confirm increasing output at Tesla is a major priority.

Musk also revealed that Tesla is in the beginning stages of addressing trucking and urban transport. This will mean a Tesla Semi and possibly a Tesla bus, with an emphasis on integrating autonomy for the latter; Musk says, “It will probably make sense to shrink the size of buses and transition the role of bus driver to that of fleet manager.” Tesla says these will likely be unveiled next year.

Autonomy: Recent reports aside, Tesla has been monumental in advancing autonomous driving, and Musk has emphasized that Tesla will continue refining and validating the software. Tesla estimates regulatory approval of autonomous tech will require some 6 billion miles of testing. Currently, fleet testing is progressing at about 3 million miles per day. Musk also stated he will take the beta label off of Autopilot when it gets to the point where it is “approximately 10 times safer than the US vehicle average.”

Ride Sharing: Musk said that once Tesla vehicles are fully autonomous, they will be deliverable to their drivers from anywhere, at the push of the button. This, he explains, will open up the possibility for owners to basically share their car when they aren’t in use, helping generate income and lowering the cost of ownership of the vehicle to the point where “almost anyone could own a Tesla.”