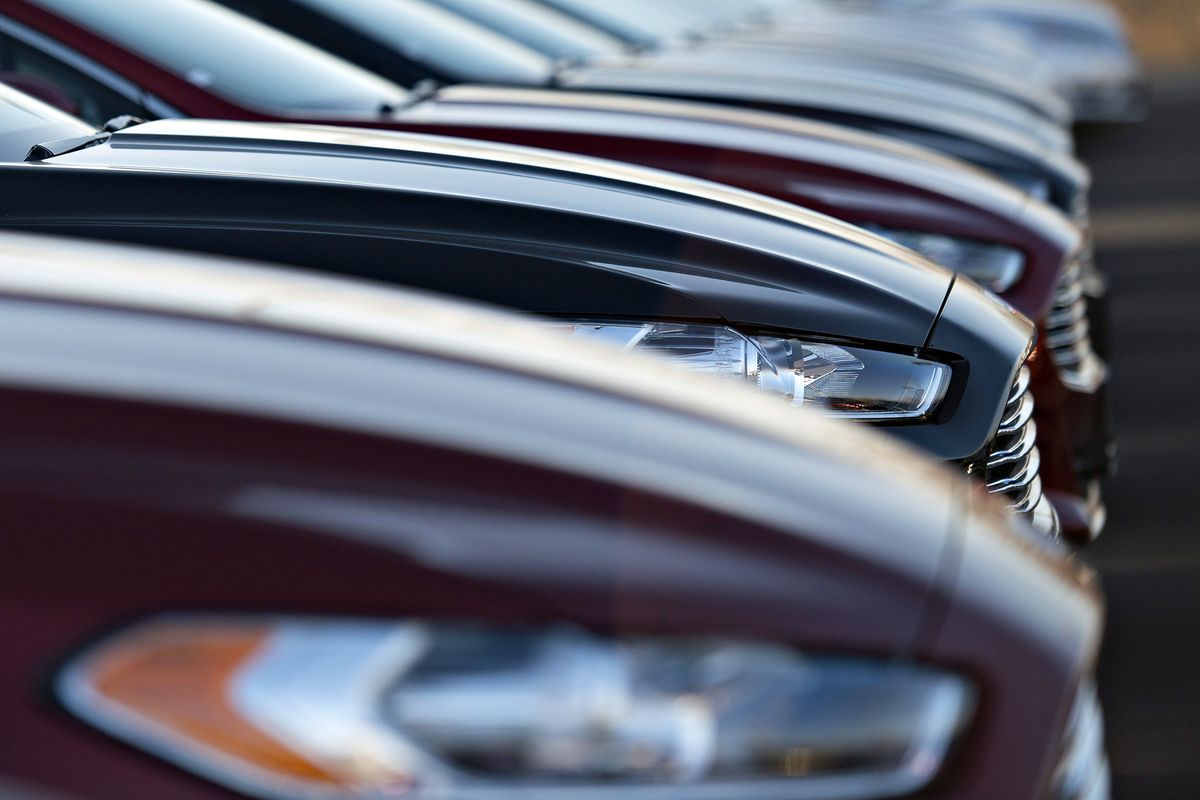 Facebook Inc. is seeking to boost advertising from the auto industry, a challenge because unlike movie tickets or shoes, consumers don’t really buy new cars online.

So the social network with almost 2 billion users is forging closer ties with carmakers, sending Chief Operating Officer Sheryl Sandberg to Detroit for the first time in the five years it’s hosted an annual Facebook Automotive Summit. She shared a stage with General Motors Co. Chief Executive Officer Mary Barra at a women’s-only event early Thursday before the two toured a factory and spoke with about 200 GM employees.

“Our industries are converging. Detroit’s writing software and Silicon Valley is building hardware,” Sandberg told about 400 auto-industry professionals at a downtown theater. “The opportunities to learn from each other have never been better.”

While there isn’t the direct path from a Facebook ad to a product purchase that there is in other industries, Sandberg said the social network is able to show more engagement and prove the value of working together. An ad for GM’s OnStar, for example, targeted users who have the service’s trademark little blue button in their cars but lack a data plan. That campaign resulted in a 7 percent boost to data-plan sales, she said.

Another success story, also with GM, was a Cadillac ad designed to drum up leads for dealers. It generated 42,000, leading directly to 450 sales, Sandberg said.

“We didn’t sell the cars,” she said. “What we do is build the platform.”

The tour through Detroit was at least the second in five weeks for Facebook senior management. CEO Mark Zuckerberg visited Ford Motor Co. headquarters and an F-150 truck plant in April to rub elbows with Executive Chairman Bill Ford.

Carmakers are using Facebook Live to broadcast video of vehicle unveilings that most people can’t attend, including 14 of the introductions at the Detroit auto show in January and Barra’s reveal of the electric Chevrolet Bolt at CES. It’s free for companies to go live with videos, but they pay to have them promoted in users’ news feeds.

Facebook is focused on boosting sales for video advertising on its site, which should help take a cut of the $70 billion television ad market. The auto industry still spends the majority of its marketing dollars on television, and budgets for the medium have held steady for about 10 years, according to EMarketer.

Some of that money could shift to Facebook, if the company can convince marketers that its video ads are as effective.

“The U.S. automotive industry is the second-largest spender on digital advertising behind retail. That makes it an enormously important target for Facebook,” Debra Aho Williamson, senior analyst at EMarketer, said by email. The researcher estimates that 71 percent of the auto industry’s digital ad spending this year will go toward mobile. “Facebook obviously wants more of those mobile ad dollars.”

Autos and real estate are among the last categories that aren’t transacting online, and it’s taken longer for Facebook to break into categories with expensive purchases like travel and cars. While the company relies mostly on e-commerce, consumer packaged goods and entertainment, it’s starting to prove its value to vehicle manufacturers.

“These are real, legitimate business partnerships now,” said Blake Beers, Facebook’s manager for the U.S. auto industry. “We’ve gotten to the point where we actually are proving that we’re shifting business metrics.”