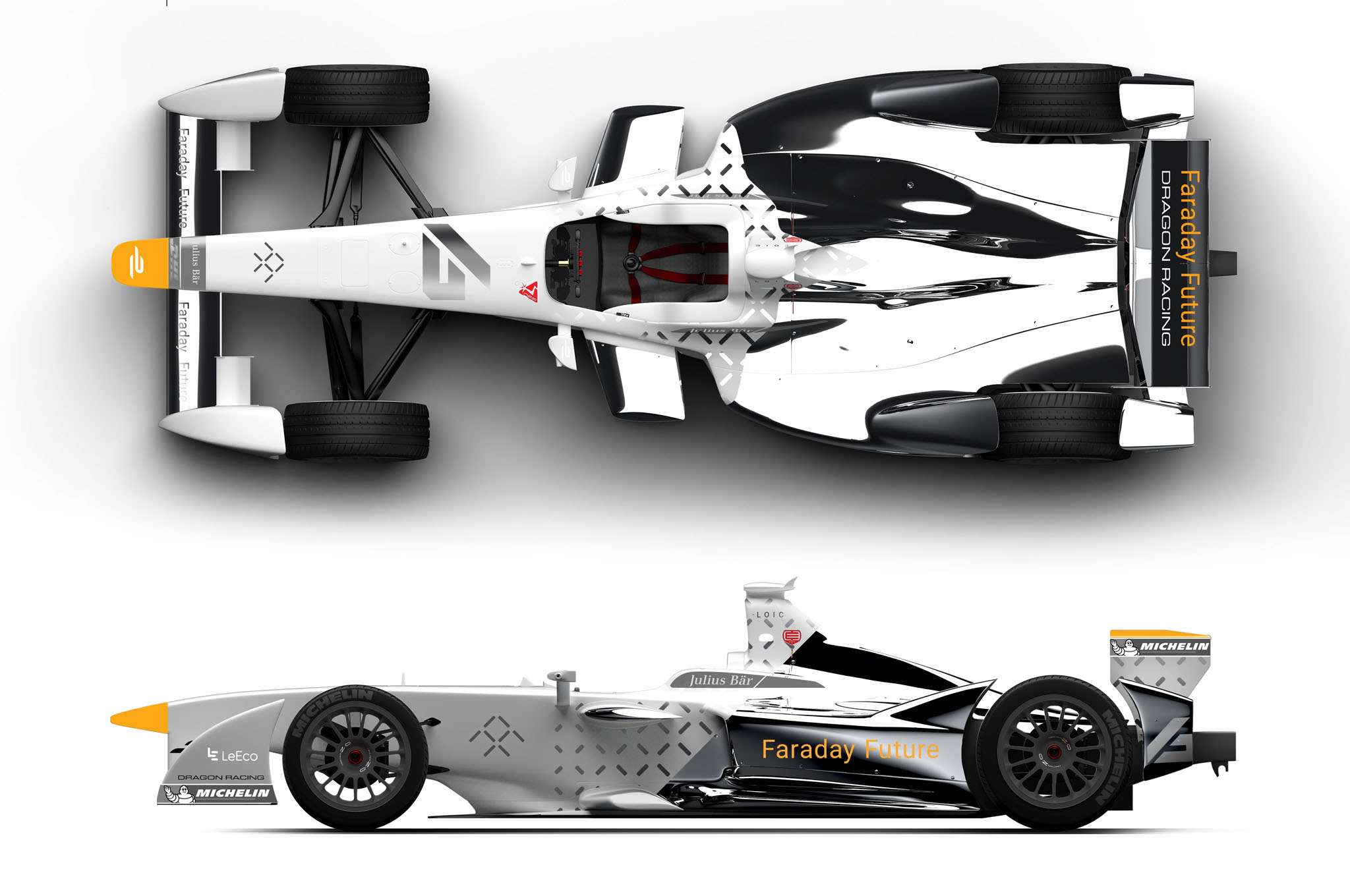 Faraday Future announced it has become the title sponsor and core technical partner to the Dragon Racing team. Under the new team name Faraday Future Dragon Racing, the partners will compete in the third season of the Formula E championship running from 2016 to 2017.

“Partnering with Dragon Racing allows us to further showcase our electric vehicle leadership and technical capabilities in one of the most exciting Formulas in the world,” said Nick Sampson, senior vice president of global R&D and engineering for Faraday Future, in a statement.

At first, the partners will work together to enhance overall drivetrain performance on Dragon Racing’s existing platform. After competing in Season 3, the team will start using various Faraday-specific components, which could include motors, gearboxes, and the FF Echelon Inverter, the same inverter that will be installed on every Faraday Future vehicle that comes to market in the future.

Faraday Future says it has long been eyeing a partnership with Dragon Racing, which was founded in 2007 and was one of the first teams to join Formula E. Faraday Future was the title sponsor for the 2016 Formula E Long Beach ePrix.