You are here: Home  /  Auto Show  /  Find Out Why Dodge Van Racing is a Thing in Japan – Motor Trend
Auto Show 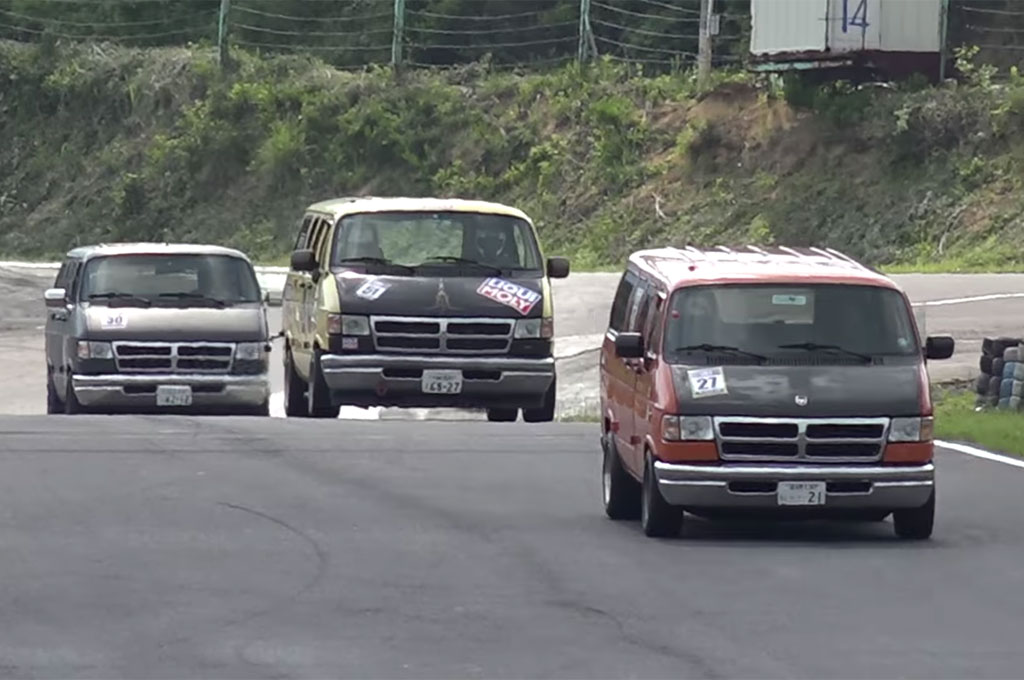 People in Japan like weird things: miniature plastic foods, maid cafes, vending machines that dispense whatever your heart desires, and a lot more. But a new video explores a weird Japanese trend we can get behind: modifying and racing Dodge vans.

A video posted on the Noriyaro YouTube channel explains how the Dodge van, or “Dajiban,” culture took off in Japan. It’s not clear why the Dodge Ram van of the mid-1990s specifically became the rig of choice, but the video explains that vans became popular because motorcycle racers needed a vehicle that could haul their bikes, parts, and tires to the track. Eventually, owners began modifying these basic means of transportation. How do you prove to the guy in the next paddock that your modified van is better than his? You race him. And thus began a movement nobody expected but everyone can agree is pretty amazing.

The vans shown at Ebisu Circuit are painted in all different colors, with some wearing stickers advertising American brands like Mooneyes, Sunoco, and Liqui Moly. They even use American air fresheners. Many vans ride on eight-spoke RS Watanabe wheels, a design most commonly found on Japanese classic cars but one that somehow works on the Ram van. Most vans are powered by the 5.2-liter Magnum V-8, which gives them plenty of power to break the tires loose and drift.

Check out the video below to watch these racing vans in action, and for more on Dodge van racing in Japan, check out an earlier video below that.

Find Out Why Dodge Van Racing is a Thing in Japan