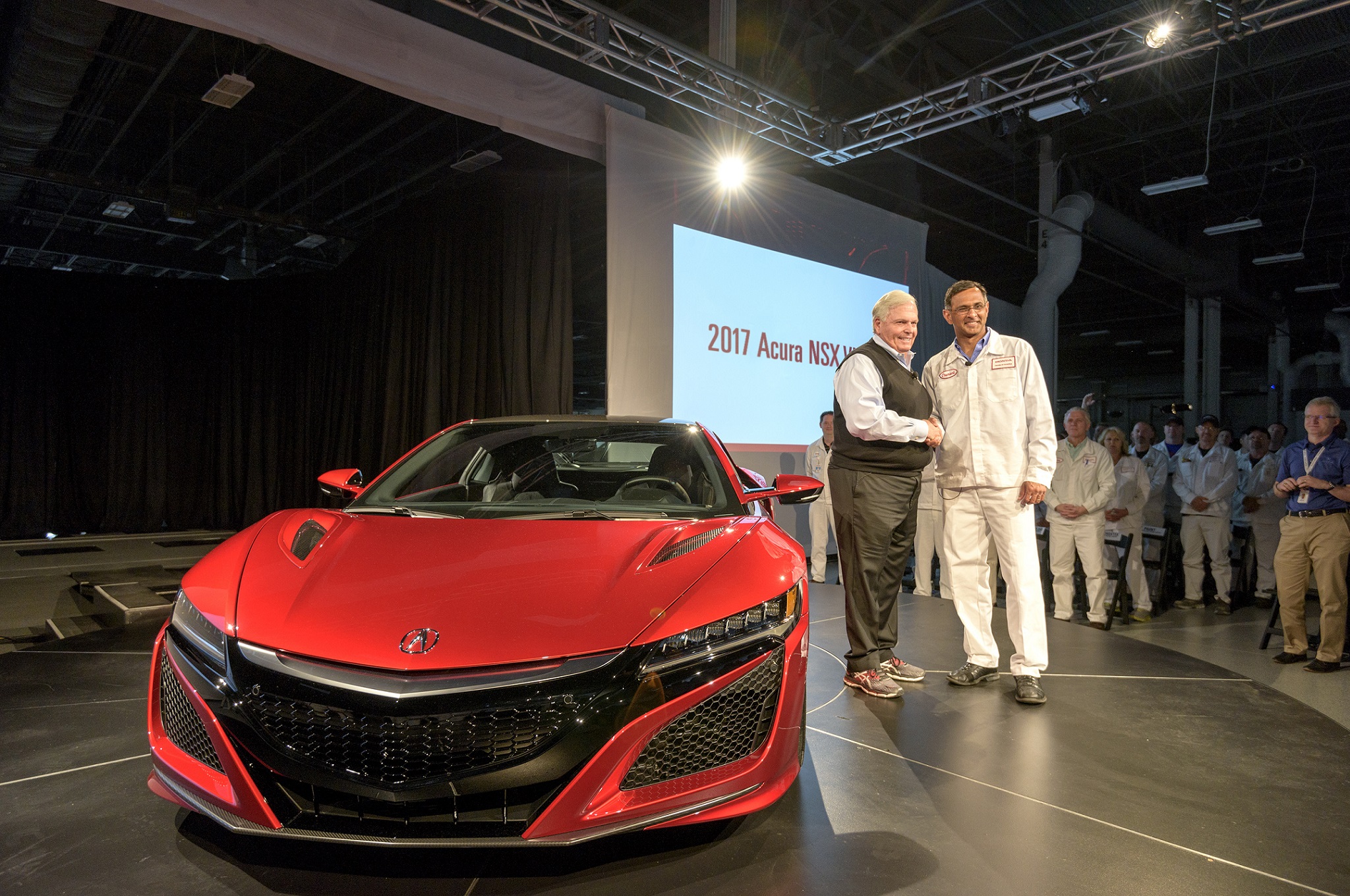 And although only pre-production cars were on the assembly line at the time, the facility was brimming with potential energy. Finally, after what seems like the longest gestation in automotive history, the plant has produced the first production 2017 Acura NSX. Back in March, we got a glimpse behind the curtain of Acura’s brand new Performance Manufacturing Center outside Columbus, Ohio where the company’s new NSX supercar was set to be built.

Serial number 001 was actually sold months ago to NASCAR team owner Rick Hendrick, who paid $1.2 million for the car at Barrett-Jackson of which the entirety of the proceeds went to two charities, the Pediatric Brain Tumor Foundation, and Camp Southern Ground. The car was then presented to Hendricks at the PMC earlier this week. 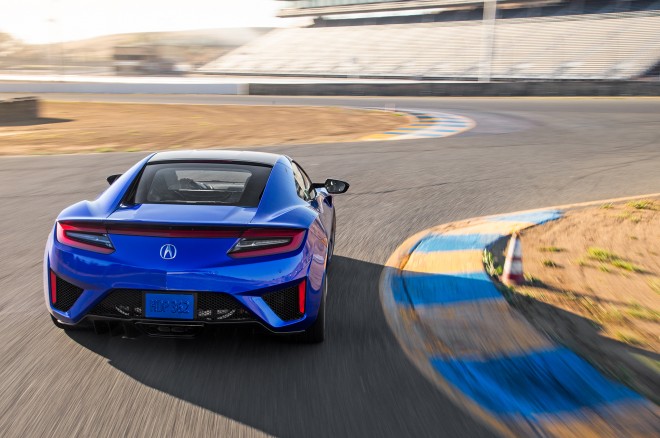 “Today marks the realization of a big dream here at the PMC and the culmination of more than 30 years of manufacturing experience and expertise here in Ohio,” stated Clement D’Souza, Acura’s NSX engineering project leader. Hendrick was given the opportunity to drive his Red Pearl Acura NSX straight off the production line, and the car itself features exclusive interwoven wheels, carbon ceramic brakes, Alcantara trim, and the carbon fiber package which includes a carbon hood, roof, and rear spoiler.

Even in the NSX’s infancy, rumors of a hardcore NSX Type R were given credence when Acura’s NSX Dynamic Development leader, Nick Robinson, was asked if a Type R was in the cards, to which Robinson replied, “There are places weight could be cut out. We are Honda, so cost is a consideration, but for a limited edition? Why not?”

“Taking delivery of this first new Acura supercar and knowing the proceeds will benefit two remarkable organizations for children makes this a very special moment for me and everyone on our team,” stated Hendrick. “It’s especially rewarding to see this incredible supercar coming to life in the United States, which is a real testament to the company’s commitment to innovation and manufacturing here.”