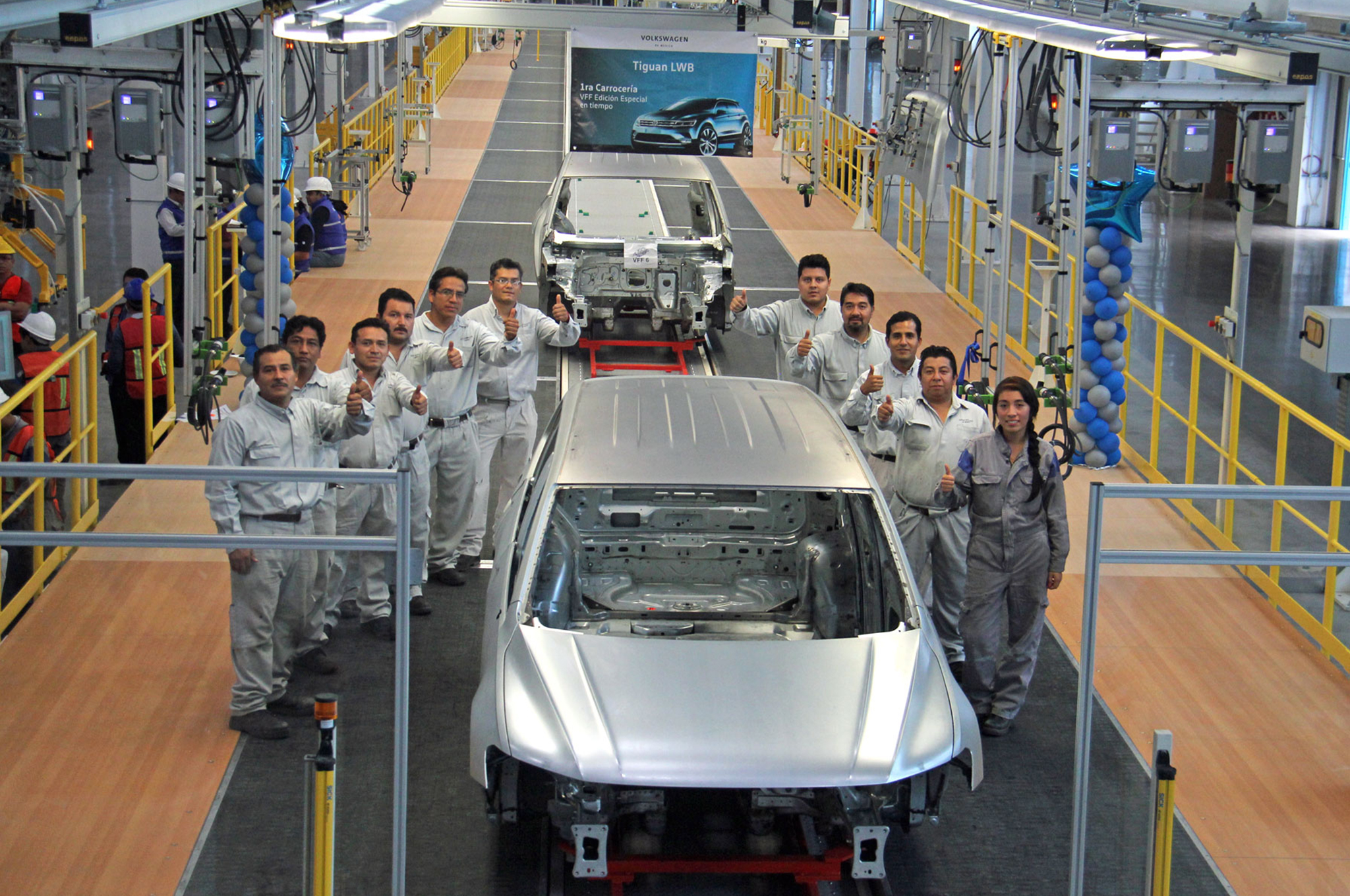 The first preproduction body-in-white for the upcoming Volkswagen Tiguan long-wheelbase model has rolled off the assembly line at the automaker’s production plant in Puebla, Mexico.

Although official production of the Tiguan LWB model isn’t slated until the first quarter of 2017, the early body-in-white allows the automaker “to check the calibration of body shop equipment and processes.”

While Volkswagen says the new body-in-white is a significant milestone for the new Tiguan LWB, the new body shop at the plant is still being fit with new equipment and machinery. The extension for the body shop adds about 762,085 sq,-ft. to the plant. More than 50,000 tons worth of equipment is waiting to be installed. Some of that equipment includes 800 Fanuc welding robots.

Volkswagen de Mexico will build the new Tiguan LWB at the plant in Puebla for all global markets besides China. As we’ve previously reported, the long-wheelbase Tiguan will be the crossover the U.S. gets, offered with an optional third row.