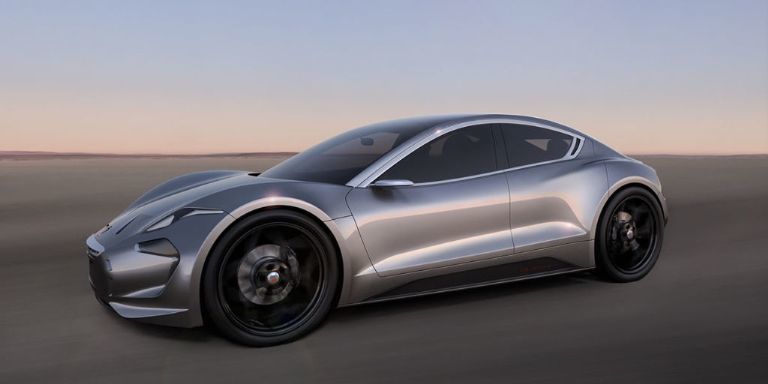 Henrik Fisker is seemingly never not working. After his sleek plug-in hybrid sedan, the Fisker Karma, failed, and the Karma name was bought and relaunched by a Chinese company, Fisker briefly went dark. But he wasn’t sitting around twiddling his thumbs; he immediately got back to work on another project, an all-electric vehicle this time, and now we’re starting to see the first glimpses of it.

Since Fisker’s new companies, Fisker and Fisker Nanotech, launched in the fall of 2016, he has been slowly dripping information and images of his upcoming car, the EMotion, mostly through Twitter and interviews. Following initial renderings, Fisker took to social media to drop the first real photos: cropped shots of the nose, rear, and doors.