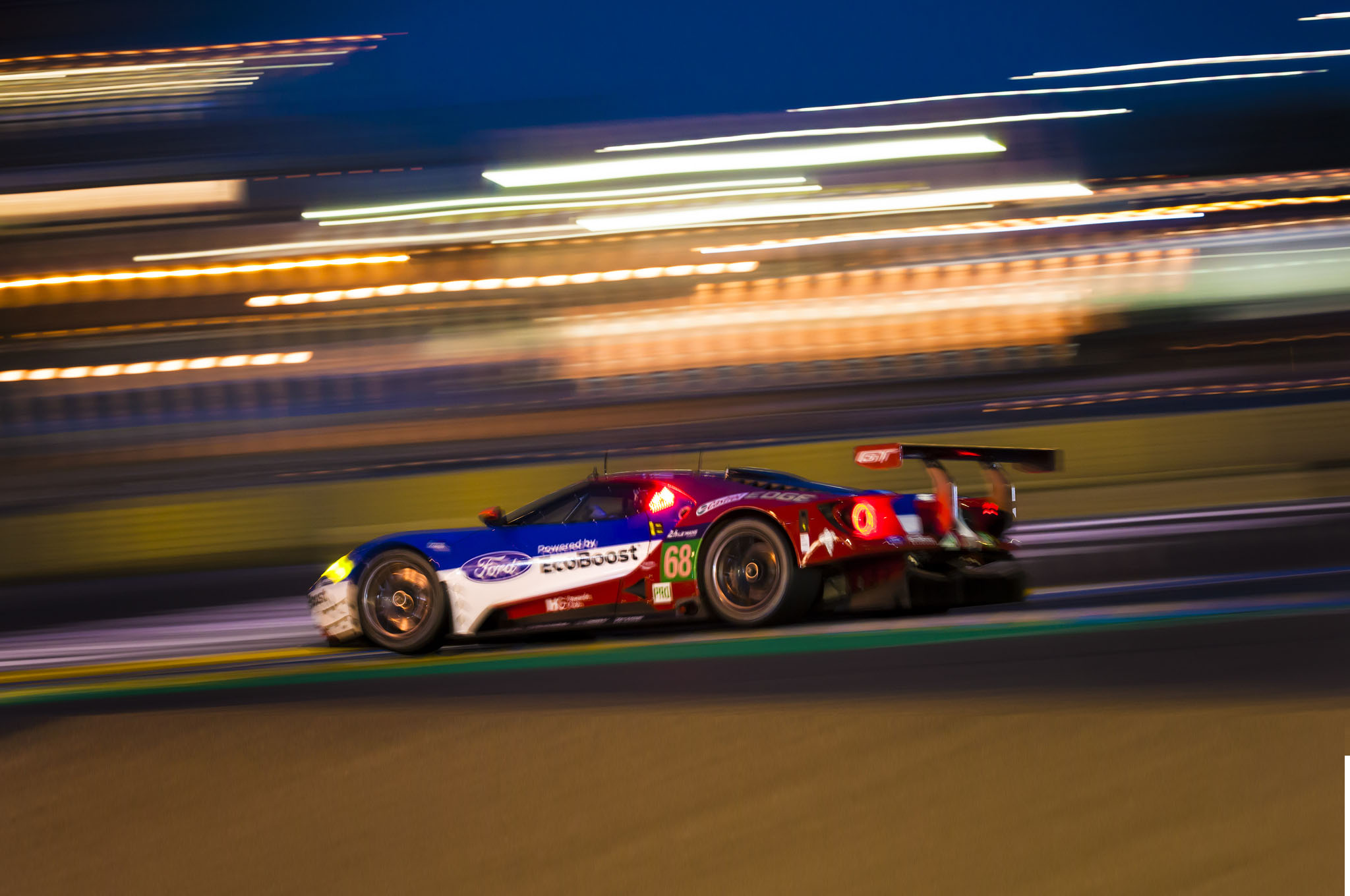 A pair of Ford GT race cars will begin the 2016 Le Mans 24 Hours from the first two pole positions this weekend.

Dirk Müller set the fastest lap time during qualifying for the LM GTE Pro class behind the wheel of the No. 68 Chip Ganassi Racing Ford GT. The German racer lapped the circuit in 3 minutes 51.185 seconds. Müller will be joined on the pole by the No. 69 Ford GT, which will begin the race in the second position. Additionally, two more Ford GT race cars will start in the fourth (No. 67 Ford GT) and fifth spots (No. 66 Ford GT).

“Every member of this team has worked tirelessly to get the Ford GT to this stage in its development,” said Raj Nair, executive vice president of Global Product Development and chief technical officer for Ford, in a release. “We know the greatest task is still ahead of us and speed isn’t the only thing you need at Le Mans. As one team with one goal, we will race with commitment and passion and we will race for every member of the extended Ford family across the globe.”

The Detroit automaker will also unveil the production Ford GT to the world ahead of the iconic race. Power for the Ford GT comes from a second-generation twin-turbo 3.5-liter EcoBoost V-6 making more than 600 hp. A seven-speed dual-clutch transaxle sends power to the rear wheels. Watch for the Ford GT to participate in a parade at the Circuit de la Sarthe a few hours before the race begins.

Despite the good news for Ford, regulators issued a Balance of Power adjustment for the GT. During the race, it will be 22 pounds heavier than it was at qualifying. Ford has also had its boost ratio decreased.