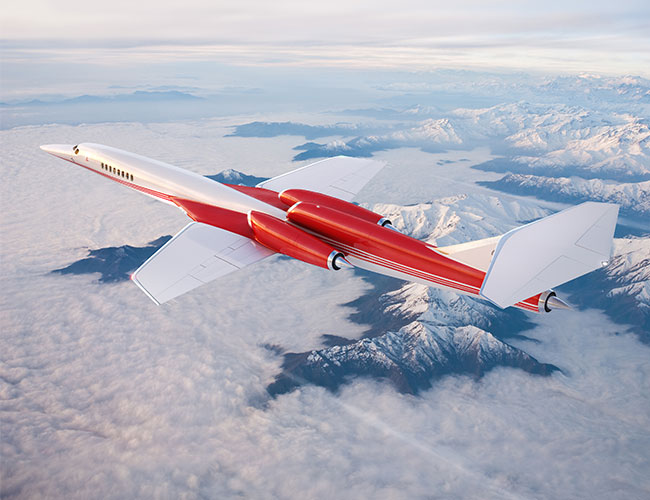 They’re thirsty, too, requiring ridiculous amounts of fuel for even the most modest trips. They require ultra-long runways to generate enough lift for takeoff, and they’re wildly expensive to design, build and maintain. It’s easy to find many reasons not to build a supersonic passenger airplane. They’re loud — the sonic booms generated by the famed, Mach 2-capable Concorde were notorious, and limited its ability to fly over land.

In spite of all this, the idea of supersonic air transport never quite left our imaginations, even after the sexy, romantic Concorde retired in 2003 following a fatal crash in Paris and years on financial life-support. Can it be done? Can mankind conquer the speed of sound without shattering windows and setting off every car alarm between New York and Los Angeles?

Many are trying, including NASA, Lockheed Martin and at least three notable startups: Boom Technology, Spike Aerospace and Aerion Corporation. The challenges are significant, but remember that the most recent commercial supersonic, Concorde, was designed in the 1960s, long before digital simulation, high-tech materials, and aeronautical science truly took hold. Below, a hint of the solutions top contenders are developing to make Chuck Yeager proud. 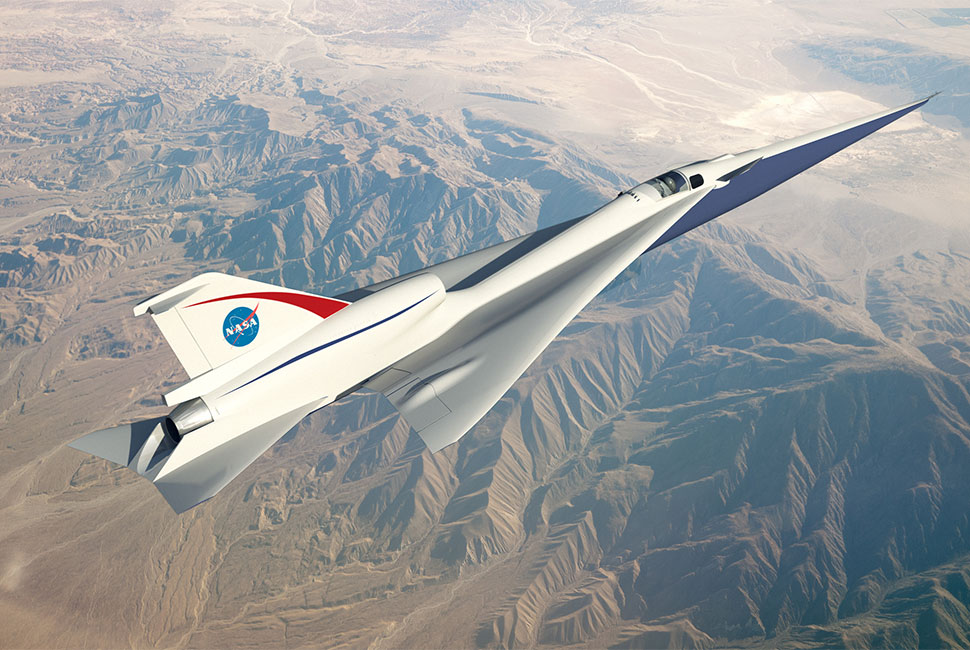 Lockheed Martin’s secretive Skunk Works is hard at work on a next-generation quiet supersonic X-Plane. The project is intended only to validate whether supersonic speeds can truly be quiet enough for flight over populated areas. The program secured $20 million in funding from NASA in order to develop a viable plan for the Quiet Supersonic Technology low-boom flight demonstrator. If NASA likes what it sees — and hears — actual hardware will follow, via a $300 million budgetary bump. The single-pilot demonstrator will only be about 90 feet long, and able to cruise at Mach 1.4 (1,074 mph) using a General Electric F404 turbofan engine found in many supersonic military aircraft. An actual aircraft could fly as soon as 2020.

The goal is for the airplane to generate a shockwave registering only 75 decibels at the ground, compared to the Concorde’s 105. It will do this via aerodynamic shaping, a long nose, special wing and tail designs to break up shockwaves and engine inlet placement above the wing to shield the noise from below. 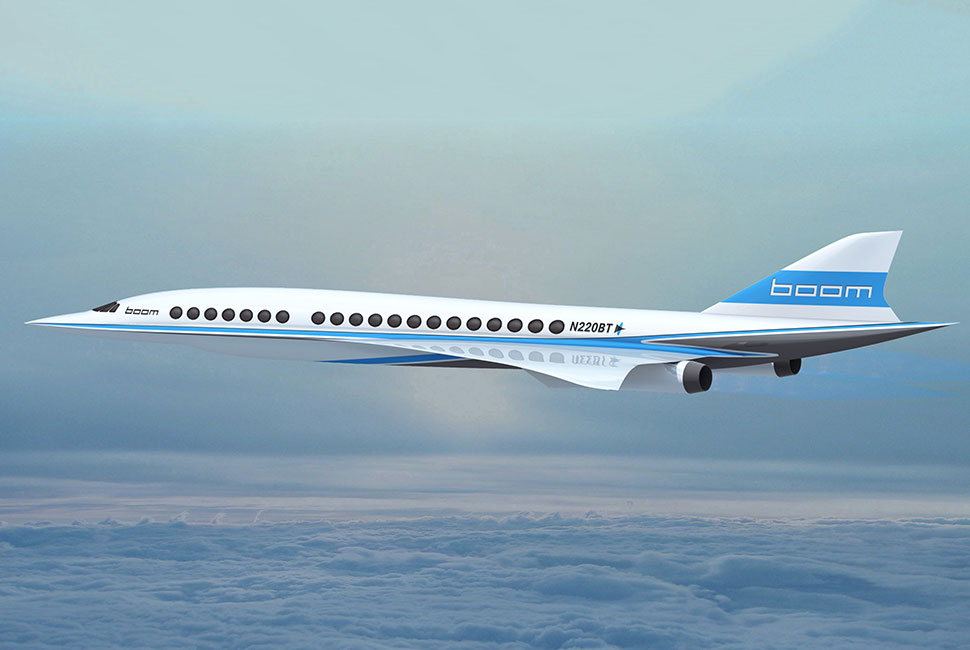 Instead of muffling the sonic boom — which requires lower speeds and complex aero-shaping — Denver-based Boom Technology is simply going for speed and efficiency. Its 40-seat concept, which has attracted funding from Silicon Valley and 10 concrete orders from Richard Branson’s Virgin Galactic, is slated for testing by the end of 2017. The airplane will be capable of Mach 2.2, though only over water. It will use a carbon-fiber airframe to keep weight down and existing business jet engines to keep costs in check. 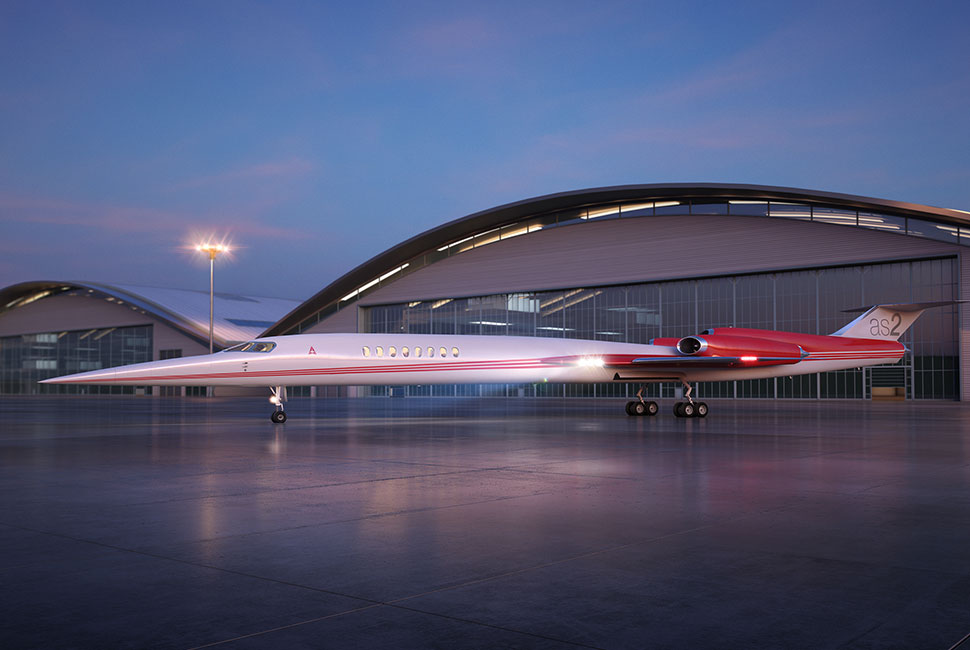 Backed by the technical savvy of Airbus, the Aerion Corporation AS2 aims to hit the market with the most funding. Creating a supersonic business jet has always been interesting strategically, and according to recent analyses by Technavio, that market could grow by 4 percent annually. The $120 million, 12-passenger AS2 (business jets currently top out at around half that cost) will be good for Mach 1.5 (1,140 mph) via its three jet engines and low-boom aerodynamics. Additionally, it’ll be completely “boomless” up to Mach 1.2. Its secret will lie in its wing-shaping, which will provide high-efficiency operation both above and below the speed of sound. Though not expected to fly until 2021, with first deliveries in 2023, the 170-foot-long AS2 has piqued considerable curiosity; business jet fractional company Flexjet just place a firm fleet order of 20 airplanes. 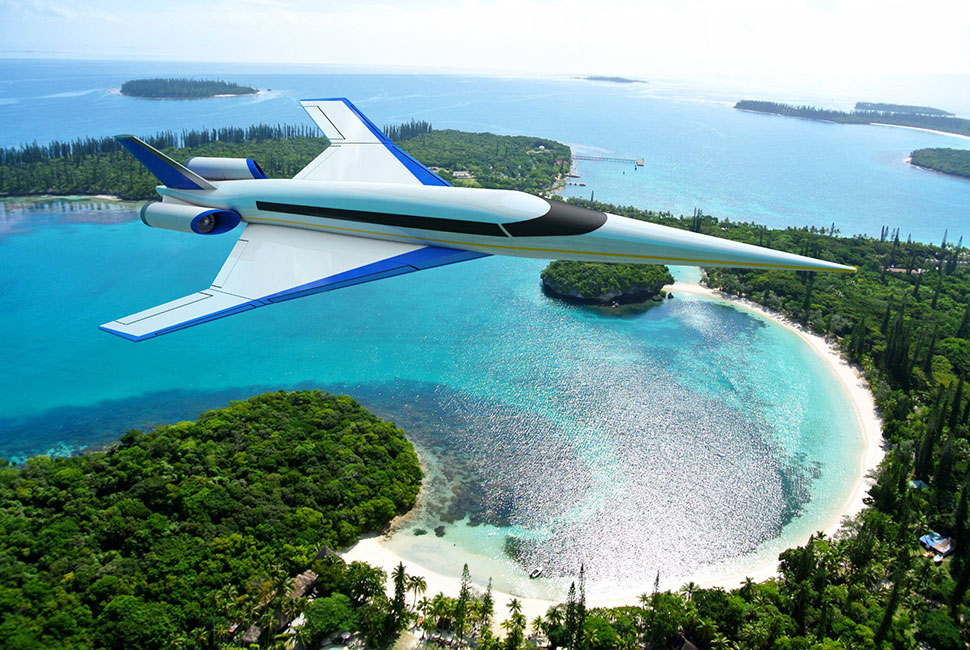 Spike Aerospace’s quiet-supersonic S-512, a $100 million business jet the company says will fly within 10 years, aims to rocket passengers from London to Hong Kong in just 5.5 hours. Flying at Mach 1.6, the airplane will obtain its low-boom signature via aerodynamics, particularly focused on its delta-shaped wing. The company isn’t revealing much beyond that, and it’s so far entirely self-funded. That makes it among the biggest long shots in this crowd. But it’s a sleek-looking bird, and its promised Multiplex Digital Cabin’s camera-generated views — intended to replace windows — could certainly be entertaining.