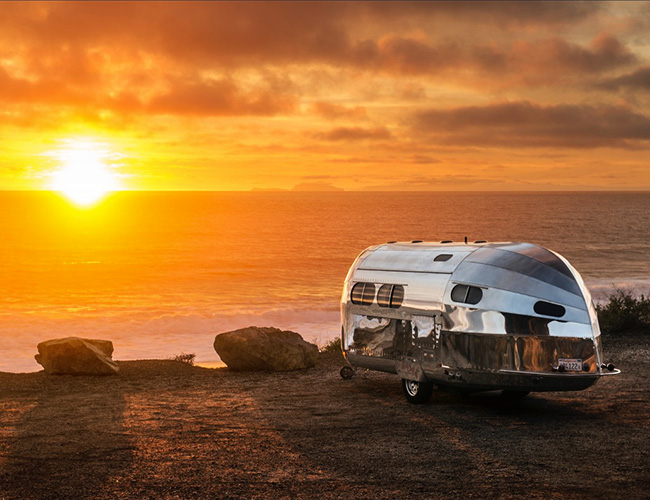 With temperatures cooling down and leaves starting to turn, the urge to pick up a travel trailer, pack up your gear and hit the road is strong. Take a look at these four great camping trailers. 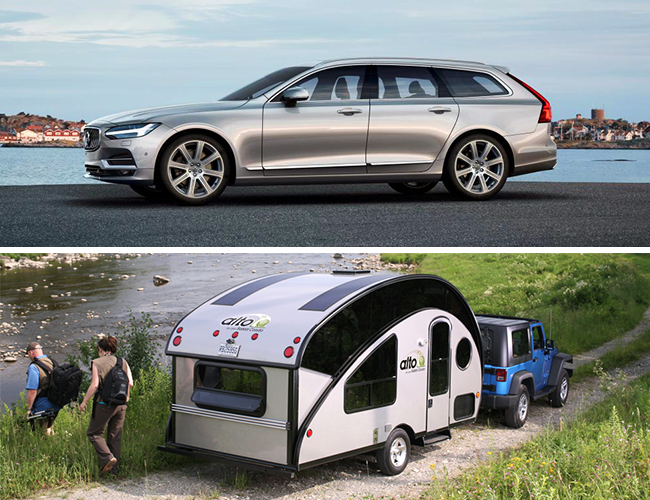 The Trailer: The Safari Condo R1723 is a modern take on the humble pop-up trailer. When parked, its teardrop profile transforms into a full camper by extending the roof, revealing a wall of windows — a great execution of both design and practicality. What’s more, the entire thing is made from aluminum, so despite the cavernous space, it can be towed by smaller cars.
The Tow Vehicle: Design-meets-practicality is very much Volvo’s schtick, so the new V90 feels equally appropriate as a tow vehicle. And yes, this non-truck, non-SUV and non-crossover machine, even with the base 2.0-liter engine, has 3,968 pounds of towing capacity — more than enough to haul the Safari Condo’s scant 1,715-pound frame.

Moby1 XTR and the Jeep Wrangler 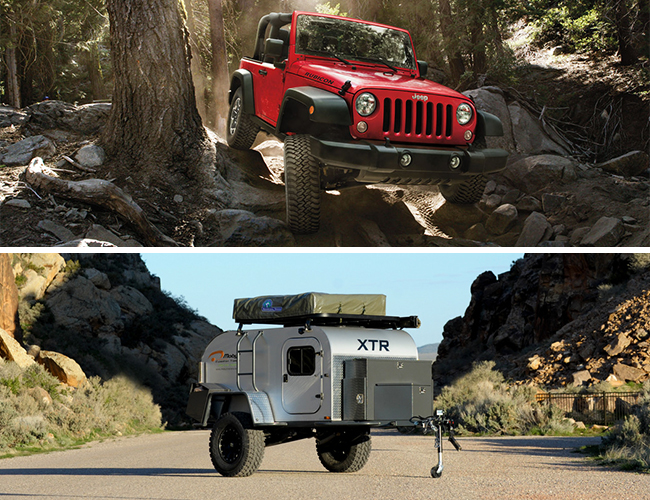 The Trailer: Simple but comfortable and capable of going where most of its competition can’t, the Moby1 XTR would make for a lovely basecamp on any far-off adventure. With Fox racing shocks and all-terrain tires, it can cut it off-road, but with options including a queen mattress, a top tent, a refrigerator, air conditioner, and outdoor galley, it’s sure to provide all the creature comforts of home.
The Tow Vehicle: Like the XTR, the Wrangler is compact, simple and a capable overlander, though towing has never been its strong suit. However, with a max towing capacity of 3,500 pounds, the 1,800-pound trailer should be no problem for the little Jeep. 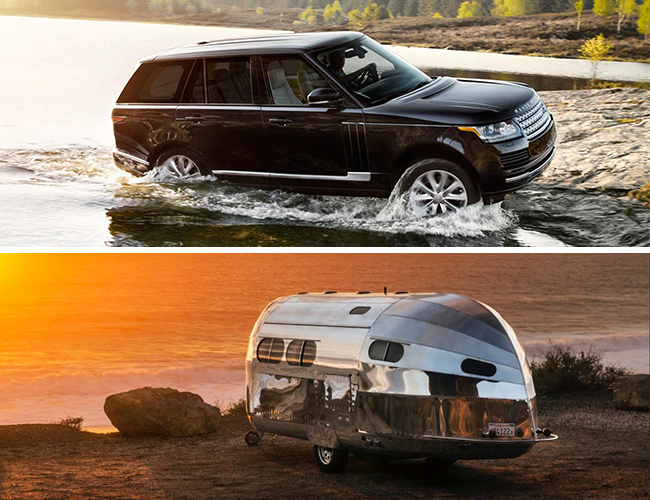 The Trailer: Bowlus made the original travel trailer, the Road Chief, and served as inspiration for the Airstream, but went under in the thick of the Great Depression. Bowlus was revived in 2013, and now offers a modernized take on the original Road Chief. While the classic looks of the original remain mostly unchanged, the interior receives modern luxuries like leather seating, wood trim, a full bathroom and a kitchen with stainless steel finishings and an Italian cooktop.
The Tow Vehicle: Today’s Range Rover retains the same basic silhouette as the original but, like the Road Chief, has a lovely leather- and wood-appointed interior. Since the Range Rover’s gross towing load is 7,716 pounds, there’s no question it can handle the relatively svelte 2,300-pound aluminum trailer. 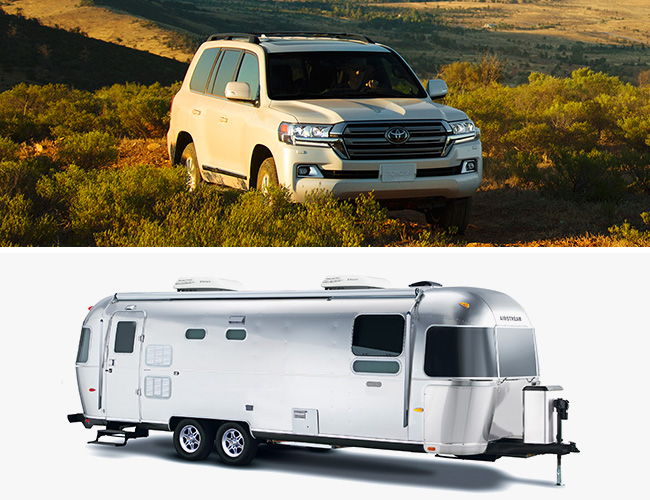 The Trailer: The Land Yacht is, simply put, the most opulent travel trailer Airstream makes. And, true to its name, it was designed by Airstream with help from Riva designer Mauro Micheli. It’s massive at 28 feet long, can sleep up to five and comes loaded with multiple TVs, a memory-foam queen mattress, teak flooring and something called “Ultraleather.” Swanky.
The Tow Vehicle: Though in its modern form it may be bloated and filled with modern luxury, the Land Cruiser has never stopped being a capable machine both on- and off-road, and with a whopping 8,100 pounds of towing capacity, it should handle the hefty 6,586-pound Land Yacht nicely.