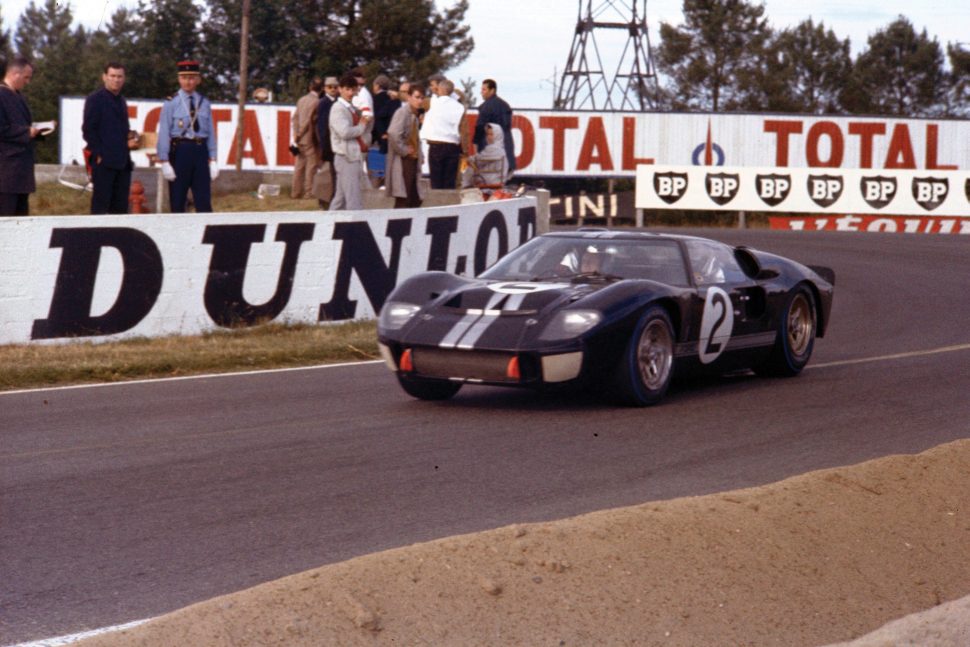 Ford’s 1-2-3 finish at the 1966 24 Hours of Le Mans kicked off a string of victories for the Blue Oval brand on the Circuit de la Sarthe that would remain unbroken until 1970. While the GT40s that won in successive years are well-known, no GT40 is more famous, or more infamous, than chassis P1046, the black GT40 Mk IIA that earned Ford’s first victory (and the first for an American automaker) at the legendary endurance race. Now owned by RK Motors, P1046 is fresh from a 20-month restoration, and after its debut public appearance at the 2016 24 Hours of Le Mans, the number 2 car will grace the greens at this year’s Pebble Beach Concours d’Elegance, part of a celebration of race-winning Ford GT40s. 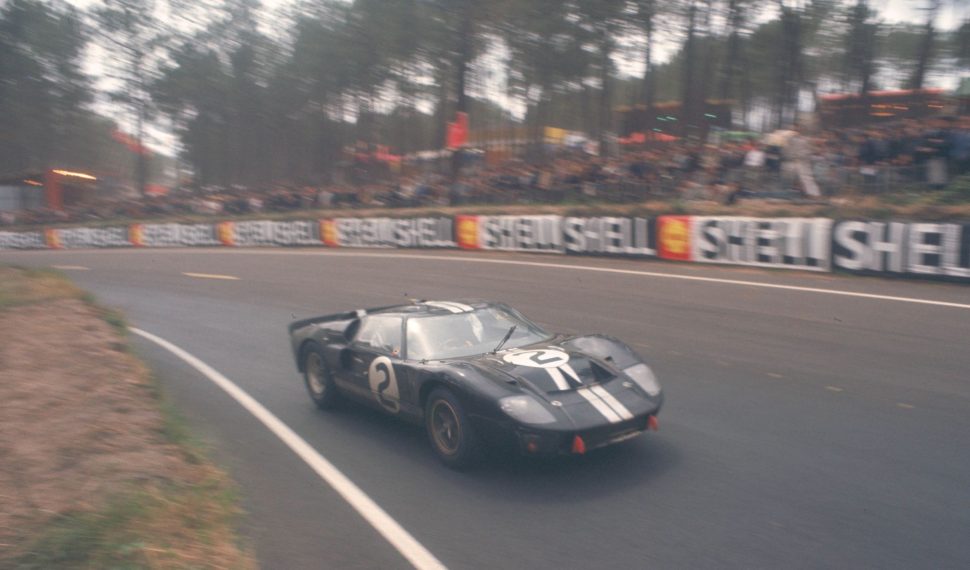 P1046’s leading role in motorsports history did not grant it preferential treatment. While other GT40s toured the country as part of Ford’s dealer-oriented victory dance, number 2 was shipped back to Shelby American, where it was used for transmission development testing before being passed on to race shop Holman-Moody. Refinished in a reverse livery of silver with black stripes, the car was entered in the 1967 24 Hours of Daytona, where its day ended in a crash with driver Lloyd Ruby at the wheel. 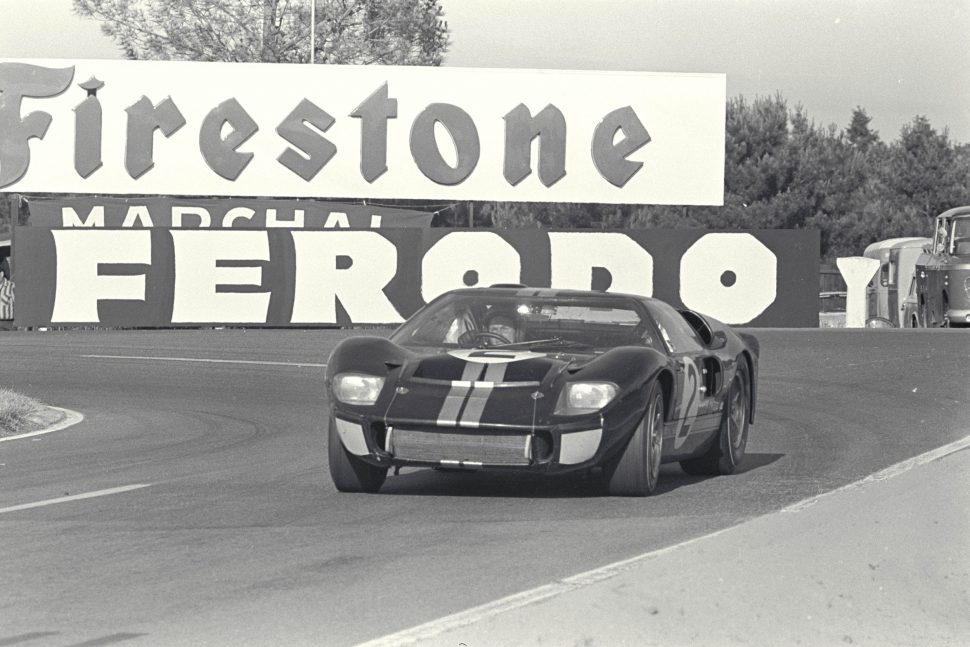 Following repairs, P1046 was granted a retirement of sorts, when it toured the country promoting both Ford, and oddly enough, Hathaway Shirts. When the promotion ended, the GT40 Mk IIA was unceremoniously parted out by Holman Moody, with its chassis passing through several owners before its historical provenance was recognized and appreciated. Perhaps its most indignant period came at the hands of owner Ed Zamarelli, who returned the car to Holman-Moody for conversion into an early-Seventies road-going supercar, complete with gold metalflake paint. 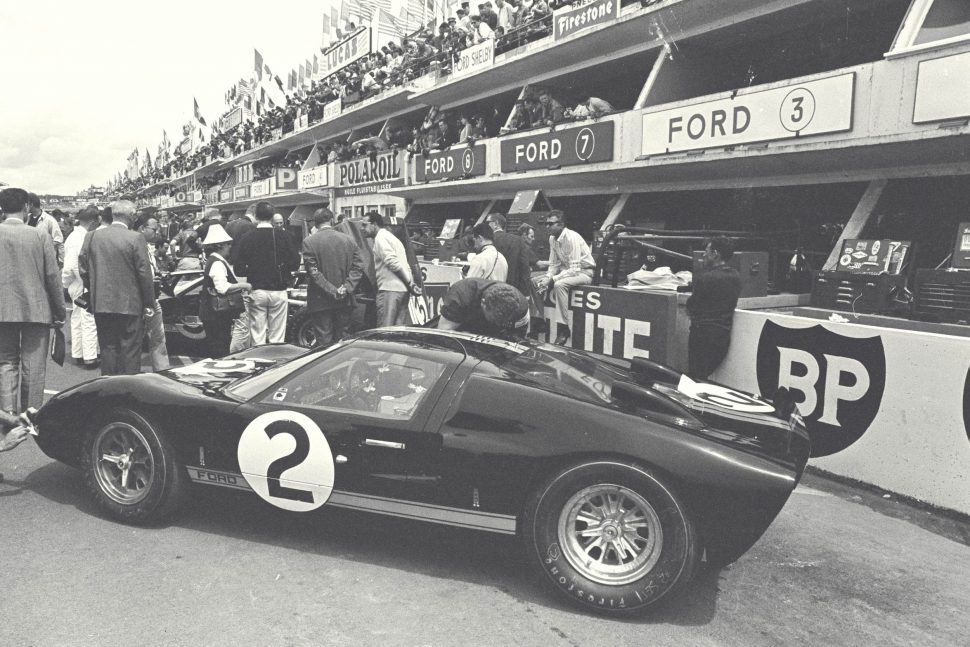 In 1973, P1046 was returned to racing specification (again by Holman-Moody), and once again saw competition on both sides of the Atlantic. A decade later, the GT40 Mk IIA was purchased by George Stauffer, who continued to vintage race the car and generously loaned it to Hemmings Muscle Machines for a June 2007 drive report. In late 2014, the car was sold to RK Motors founder Rob Kauffman, and plans for its restoration were set in motion. 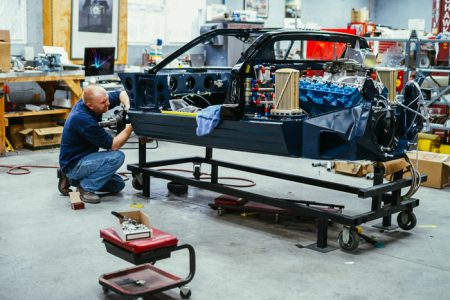 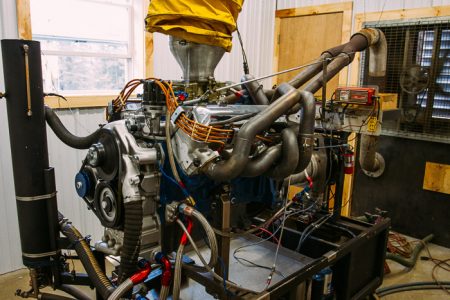 The shop entrusted with the work was New Hampshire’s Rare Drive, Inc., which specializes in uncommon sports and racing cars from the 1950s-’70s and has extensive experience with the restoration of Ford GT40s. As shop owner Mark Allin explained, a complex restoration like that of P1046 can take 3,000 – 4,000 hours, much of it spent analyzing old photographs to discern as much detail as possible. Sourcing parts is equally problematic, and in the case of RK’s GT40 Mk IIA, numerous items (such as authentic bolts and the original GQ racing harness) had to be recreated as replacements were simply not available. 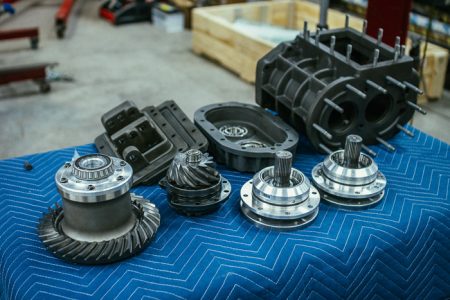 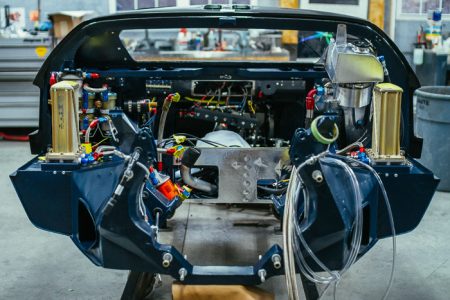 The first step of any restoration is the deconstruction process, and teardown revealed several interesting details of P1046’s many lives. A modern safety cage had been installed for vintage racing, and in the interest of historical accuracy, this was removed as part of the car’s return to its as-raced-in-1966 state. While the front fiberglass body work had been replaced (likely following the car’s 1967 Daytona crash), the rear body panel was the Shelby American original, identified through damage seen in period photos. 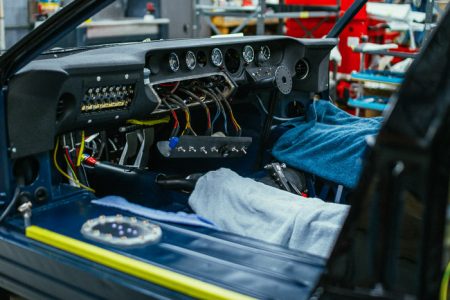 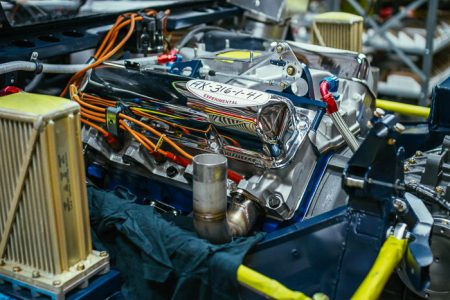 Rare Drive went to great lengths to ensure authenticity throughout the restoration process. In P1046’s 1966 Le Mans appearance, one exhaust pipe was a few millimeters longer than the other, so this was duplicated during the construction of a new “bundle of snakes” exhaust. Ford’s 427 FE racing engines didn’t contain a stamped serial number, so labels with the engine number were pasted on the valve covers, with little care given to precise alignment; this, too, has been recreated in the restoration. The black number 2 on the car’s nose, applied by a sign painter at the Circuit de la Sarthe, featured a run that dripped into the trunk, so pinstriper extraordinaire Alex Olivera was hired to hand-paint the numbers and recreate the exact run of paint. Lacquer paint, now considered outdated, was used to restore the car’s gloss black livery, and as Mark admits, every flaw that was present in the car after use will be present in the restoration after an equivalent amount of use. 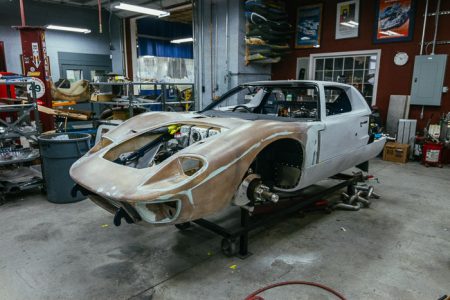 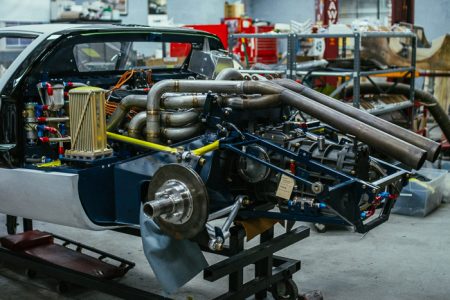 In 1966, the car’s mission was to win races, not show trophies. Given the extensive effort (and enormous expense) that went into P1046’s just-finished restoration, one would think that every effort would be made to create a show-winner, one with scratch-resistant paint and rust-resistant fasteners, but such an effort would be disingenuous and not worthy of the car’s place in history. Whether it wins recognition at the 2016 Pebble Beach Concours d’Elegance is largely irrelevant, as the car has already cemented its top-of-the-podium place in motorsports history. 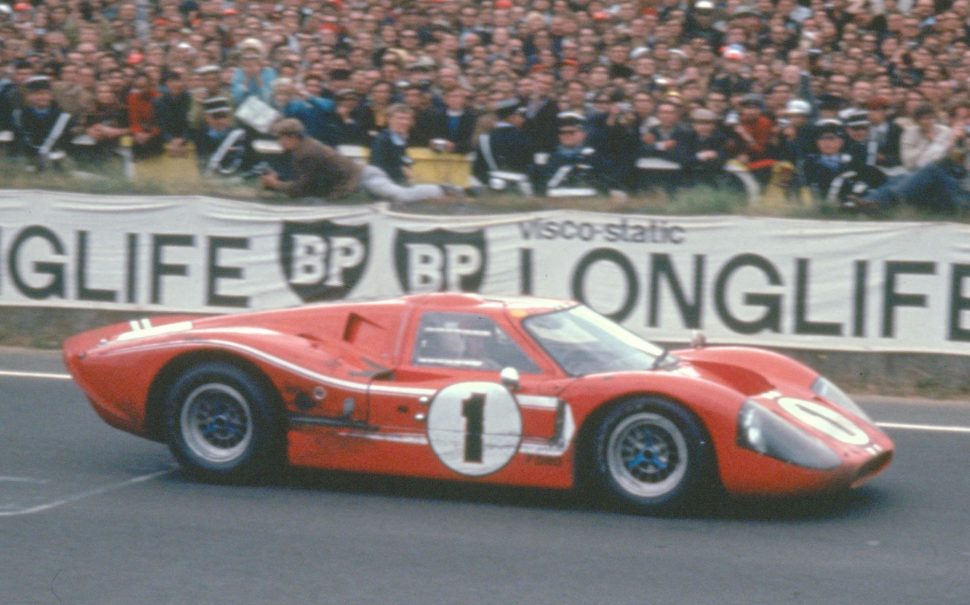 The 1967 Le Mans-winning GT40 Mk IV of Dan Gurney and A.J. Foyt. Now owned by The Henry Ford, this, too, is likely to appear at Pebble Beach.

Pebble Beach has yet to confirm which other race-winning GT40s will be on the greens this year, though concours chairman Sandra Button did confirm that cars victorious at Le Mans, Daytona, Watkins Glen, Sebring, Rheims, Montlhéry, Silverstone, Snetterton, Spa, Monza, Kyalami, Nürburgring and Zeltweg will grace the field on Sunday, August 21. To accentuate the “unprecedented gathering,” GT40 racing greats such as Dan Gurney, Chris Amon, Jacky Ickx, David Hobbs, Brian Redman and Sir Jackie Stewart have also been invited to attend this year’s show.

For more information on the restoration of P1046, including a series of videos that document the car’s role in history and the work done by Rare Drive, visit GT40.RKMotorsCharlotte.com. For more on the 2016 Pebble Beach Concours d’Elegance, visit PebbleBeachConcours.net.