You are here: Home  /  Auto Show  /  SEMA celebrates 50th show – from a basement to a million square feet
Auto Show 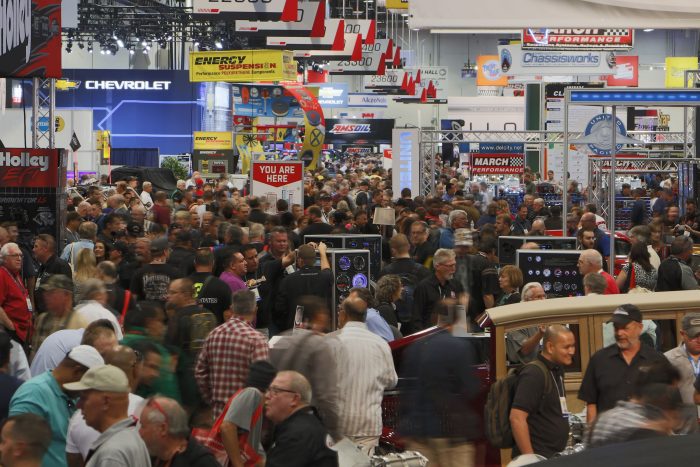 While the Speed Equipment Manufacturers Association – forerunner to today’s Specialty Equipment Market Association – was formed in 1963 by the founders of a bunch of companies that supplied parts to hot rodders and drag racers, it didn’t pull together its first trade show for the growing speed parts industry until 1967. That year, 98 exhibitors gathered in the basement of Dodger Stadium in Los Angeles to the benefit of about 3,000 people; most of the exhibitors displayed their wares on card tables in basic booths, though a handful – including Shelby American, which brought a GT40 to its booth – foreshadowed the all-out displays of later years.

If trade shows – beyond merely serving as a means of collecting business cards and branded swag – tend to serve as a barometer of an industry’s health, then the annual SEMA show is remarkable not only for taking over the sprawling Las Vegas Convention Center every year, but also for this year’s 50th annual show. 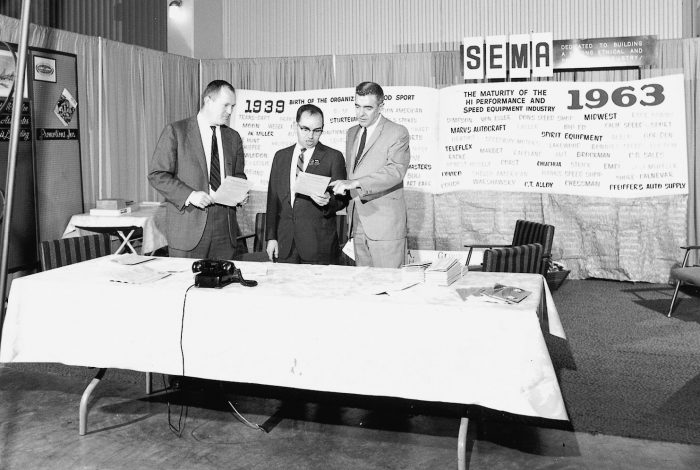 Even though the show was only open to industry members and not to the general public, the number of exhibitors and attendees grew over the next decade, forcing it to move first to the Anaheim Convention Center and then, in 1977, to the Las Vegas Convention Center, where it has remained since. As the show expanded, it has become a means for not only aftermarket companies, but also the OEMs to try to attract attention to their products with wild hot rods and over-the-top customs. The industry-members-only rule still holds for the trade show itself, though in the last few years SEMA has added a couple of events – the SEMA Cruise and SEMA Ignited – intended to expand the show to the general public.

According to SEMA, the 2015 show attracted about 170,000 industry professionals and about 2,400 exhibitors. The organization describes it as the “largest annual gathering of small businesses in the United States,” and only a handful of other trade shows – among them CONEXPO-CON/AGG and the Consumer Electronics Show – claim greater attendance numbers.