You are here: Home  /  Automotive News  /  GaragePointer offered car collectors a new answer to the question “Where am I going to park this?”
Automotive News 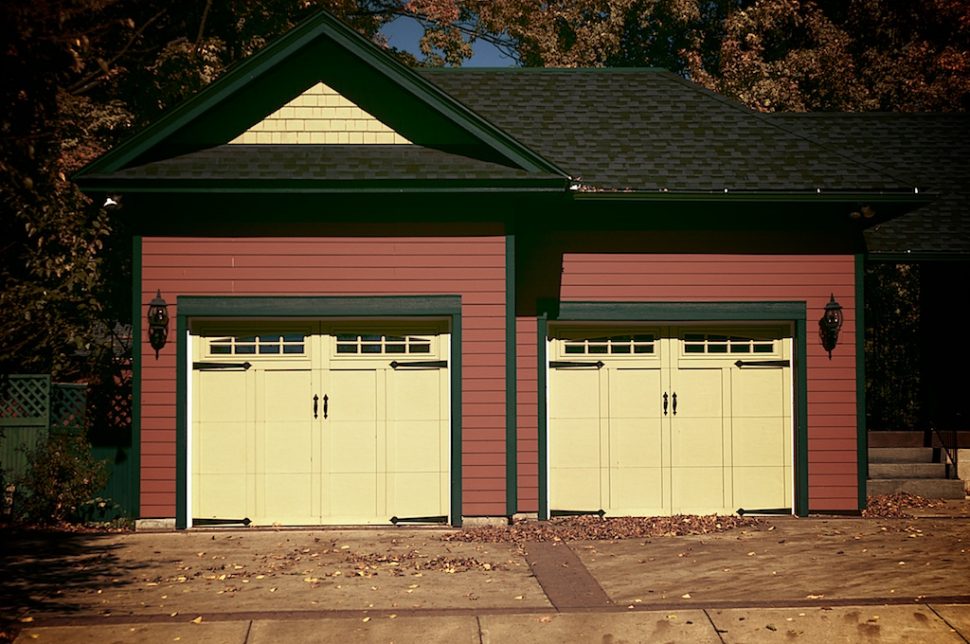 For others in need of income and blessed with too much garage space (though we have a hard time accepting there could be such a thing), finding a suitable renter can be equally challenging. Now, GaragePointer, a start-up based in Great Falls, Virginia, hopes to bring these parties together with a new web-based service connecting potential garage renters and rentees. For some, buying a collector car is the easy part, but finding a place to keep it is the real challenge.

As GaragePointer founding member Dave Kinney related to us, the idea for the company came from a discussion with friend and appraisal colleague Donald Osborne, the host of Assess & Caress on Jay Leno’s Garage. “Why isn’t there an Airbnb for collector cars,” Donald wondered, and an idea for the first peer-to-peer garage rental service was born.

Like the temporary housing rental business on which it’s modeled, GaragePointer hopes to address a variety of needs for both car and garage owners. Need temporary storage for a valuable classic to be displayed at a concours event? GaragePointer can help locate a suitable building for a short-term rental. Need semi-permanent storage, complete with power to run a battery trickle charger? GaragePointer will help arrange this, too.

On the flip side, for those with a clutter-filled garage, the company can even direct homeowners to services that specialize in cleanouts. In other words, GaragePointer is hoping to not only make connections between interested parties, but break down any potential barriers to transactions as well.

We asked Dave about liability for homeowners, as most insurance policies specifically prohibit commercial use of a residential structure. GaragePointer is currently in discussion with several insurance companies willing to provide supplemental insurance to both parties, with coverage similar to what one would have at a commercial storage facility. As with this kind of supplemental coverage, it isn’t required, but it is highly recommended.

Like Airbnb, both parties are vetted prior to acceptance into the program, and transactions are rated after each and every rental. Garage (and car) owners who are easy to deal with will get recognition, and those with repeated complaints will be dropped from the service. Still, as Dave pointed out, there’s an element of risk with any such transaction, though it’s clearly in the company’s best interest to mitigate the exposure of both parties as much as possible. 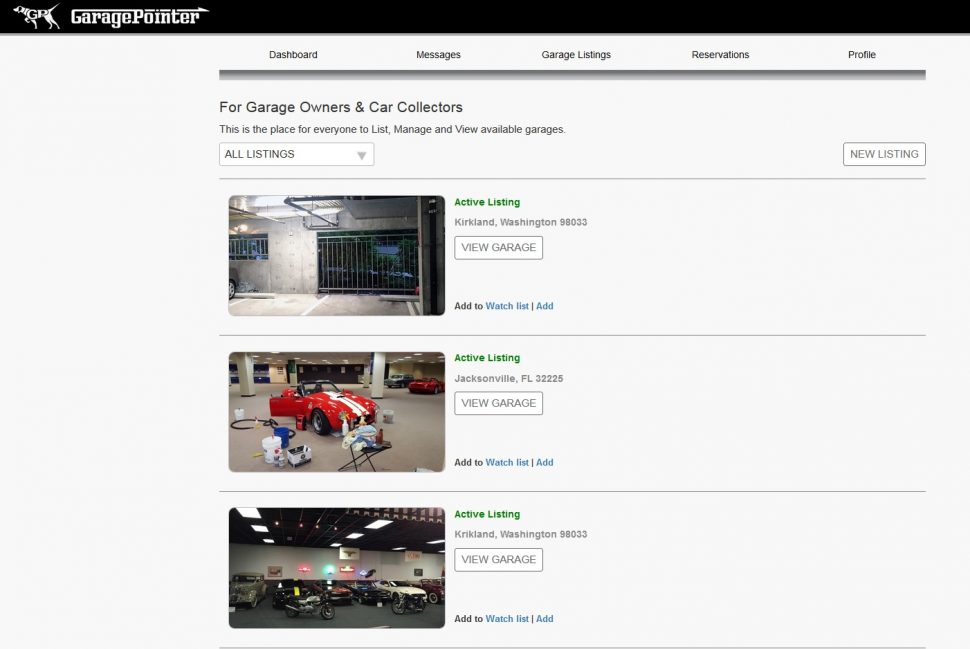 A few sample listings currently in the GaragePointer system.

The process is simple and relatively straightforward. Those seeking garage space and those offering garage space must register with GaragePointer, and each pays a $20 fee. Garage owners provide a detailed description of their listing, with photos, and the proposed monthly rental fee, which will clearly differ by location and amenities offered.  Renters “shop” available space by location, and GaragePointer acts (or, technically, will act, since the service is still in beta testing) as a middleman, collecting the money from the car owner and paying the property owner.

Initial testing began in California, Oregon and Washington on June 1, and Dave tells us that reception has been positive from garage owners and car owners alike. As GaragePointer’s own research showed, over 50 percent of residential garages aren’t being used to store cars, and as modern city-dwellers eschew car ownership for the convenience of services like Uber and Lyft, there’s more space available in urban parking structures as well.

Doubters will point to the horror stories heard about Airbnb properties being trashed by uncaring renters, but such transactions are rare indeed. Since its founding in 2008, over 60 million guests have used Airbnb in more than 34,000 cities spread across 191 countries, and tales of trashed homes crop up a few times per year. As Dave told us, the collector car community is tight-knit, which he believes will make it self-policing, too.

GaragePointer has a long way to go to match Airbnb’s numbers. If all goes as planned, the service will roll out across the United States and Canada in August or September, once the company has its insurance offerings in place. As with any new startup, there’s bound to be a few hiccups along the way, but even the most cynical will admit that the idea has merit for both sides.