You are here: Home  /  Automotive News  /  German Automaker Divide VR Landscape in Many Ways but Car Showrooms Might Not Have Cars in the Future
Automotive News 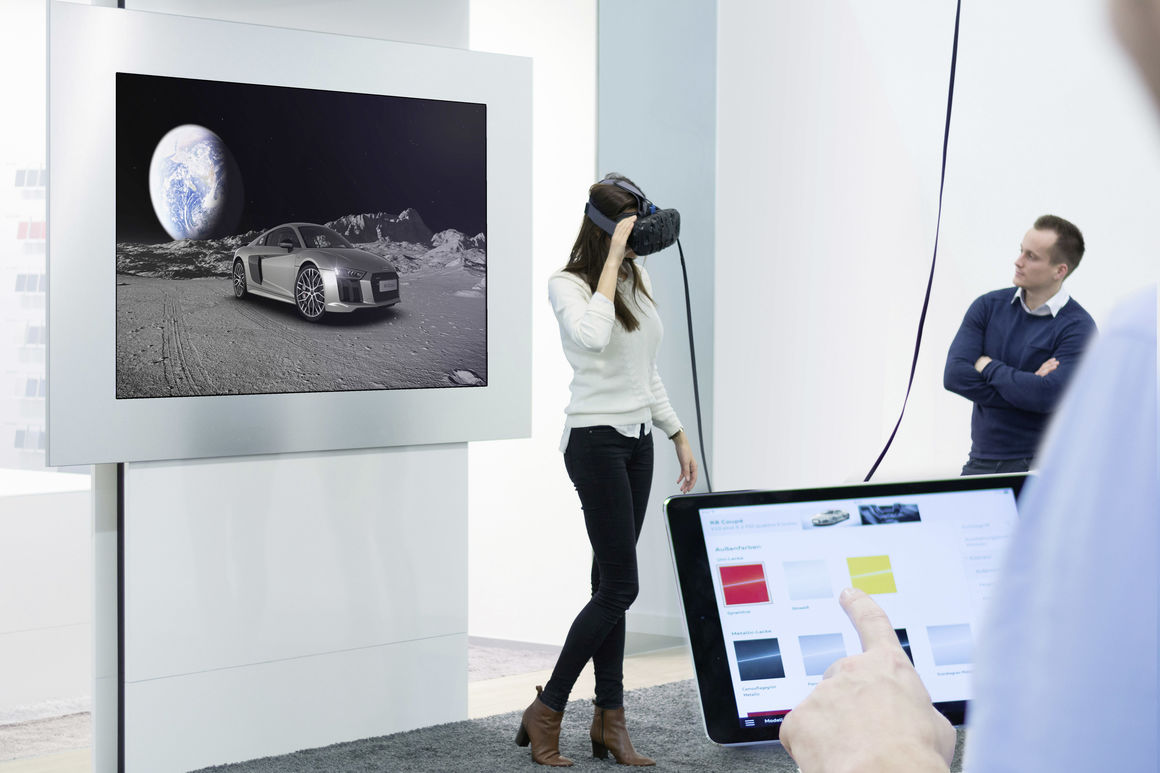 Wandering the halls at the next Consumer Electronics Show, you’ll see many developers creating worlds for virtual reality exploration.

The German automaker is diving into the VR landscape in a variety of ways. On a training and technical level, Audi has developed a system that lets sales people show customers what it’s like driving in one of its cars fitted with the Pre Sense City Safety feature. This safety system helps mitigate accidents by sensing the world around it and applying braking forces when deemed necessary. It’s difficult to show the full capabilities of this system with actual cars, but it’s quite easy in the virtual world.

Beyond safety tech, Audi is using VR to show potential customers exactly what they can see in the latest model lineup. This normally would prove difficult from a logistics standpoint for dealerships located in major metropolitan areas. Space is at a premium, and cars take up a fair share of it. With a VR headset, however, a sales person could have a customer virtually sit in the latest Audi A4.

Turning his or head left and right would allow the shopper to see all that the car has to offer. The sales person could have the shopper stand and virtually walk around the outside of the car. While doing so, the exterior color could be changed so that the buyer could see how their car will look.

Apparently, some folks want to experience the Audi R8 on the moon… as judging by the supplied photo from Audi seen above. If we can incorporate that surface and that car into the next iteration of Forza Motorsport, we’re all for it.

Audi A8 to be first with hands-free, eyes-free ‘Level 3’ autonomous capability