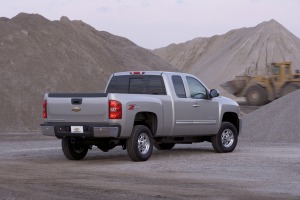 GM said the affected vehicles are equipped with “unique Takata inflators made for GM’s vehicles.”

The automaker said it “believes these vehicles are safe to drive at this time,” in a statement on a new consumer website designed to help consumers with Takata recall concerns.

“As of May 2016, GM has had zero reports of inflators rupturing in these vehicles since the start of production,” GM said. “This covers an estimated 44,000 deployments.”

GM spokesman Tom Wilkinson told Edmunds: “We are aware of no injuries related to this preliminary recall.”

A third-party environmental study has been started by GM to simulate long-term temperature effects on inflator aging.

GM also is setting up a parts-return program that will collect and CT scan Takata inflators recovered from GM vehicles.

NHTSA said GM has not determined a remedy plan or provided a recall notification schedule.

GM said it will notify customers involved in the recall with next steps. The new GM consumer website will post updated information as it becomes available.

Edmunds says: GM dealers are waiting for parts in this recall. It’s best for customers to stay in close touch with their dealer or check the new GM/Takata website for the most up-to-date information.