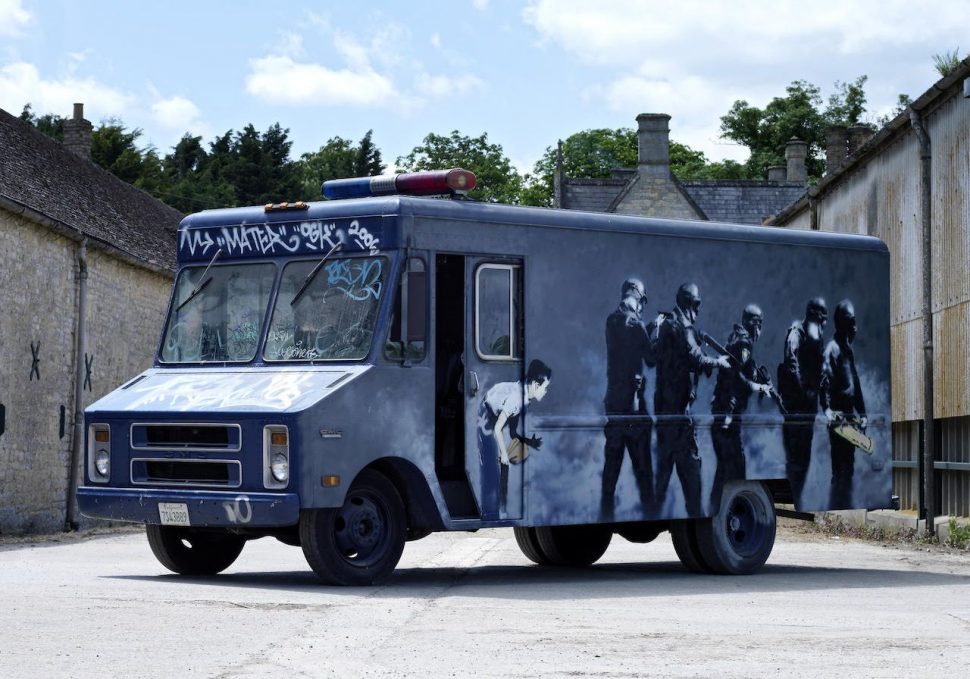 At auction, GMC van bearing Banksy mural art estimated to bring up to $400,000

This week that van and its murals will head to a contemporary art auction in London, where it’s expected to become the most expensive step van sold at auction. The choice of the van was intentional. The pseudononymous street artist Banksy has claimed many a run-in with the police and made authoritarianism a common motif in his artwork, so what better canvas for him than a slab-sided GMC step van that once allegedly served SWAT duty?

Banksy, known for his stencil-based graffiti about as much as for his social commentary, rose to fame around 2000 and had his first Los Angeles gallery show a couple years later. He returned to L.A. in September 2006 for another exhibition called Barely Legal which featured, among other works, the 23-foot-long Seventies-era GMC P-chassis step van.

On one side of the van he added a mural of a boy with a paper bag sneaking up on a group of armored and armed SWAT team members. On the other he added extensive tagging surrounding a stencil of Dorothy from the “Wizard of Oz.” 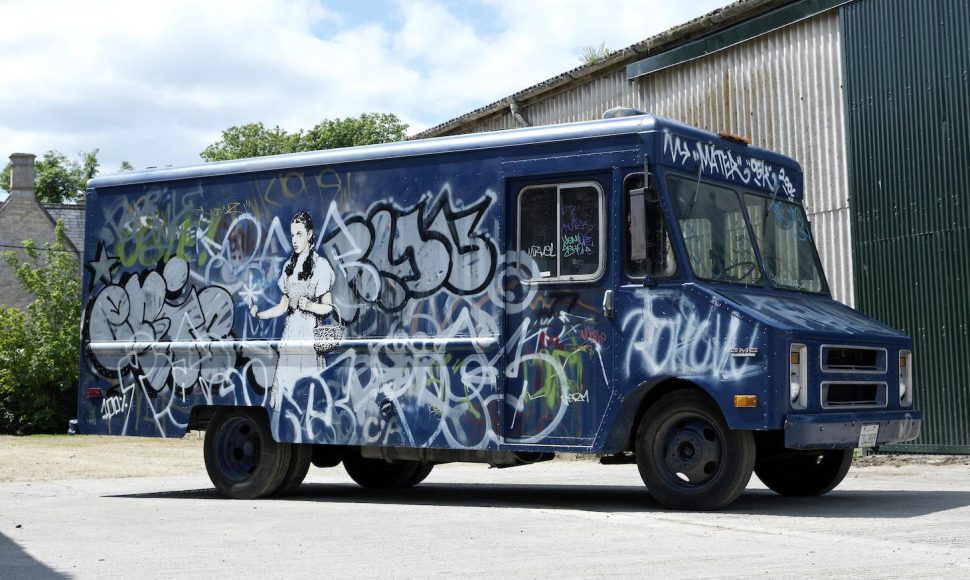 The Bonhams description of the van draws allusions between it and the repurposed objects that Marcel Duchamp put at the center of his artwork: “SWAT Van itself is an elegant evocation of all the contradictions of the artist’s career and specifically his artistic output. On the one side of the van the taut, technical composition of a fiendishly complex stencil catches the breathless moment before the boy’s prank takes place. The other side both physically and figuratively shows the raw aggression and vandalism of the overlapping, freehand tags. All of Banksy is on show here, his bravado, his imagination, his technical prowess, his confidence and his willingness to put his head above the parapet and speak truth to power.”

According to the description, the van – authenticated by Banksy’s Pest Control Office – was sold to the current owner immediately after its first and only public exhibition. Murals by Banksy typically get painted over by the same authorities he chides in his work or remain in place, usually in public view. One notable exception, painted in 2010 in the ruins of Detroit’s Packard plant, was removed – cinder block wall and all – by a local art gallery and sold last year for $137,500.