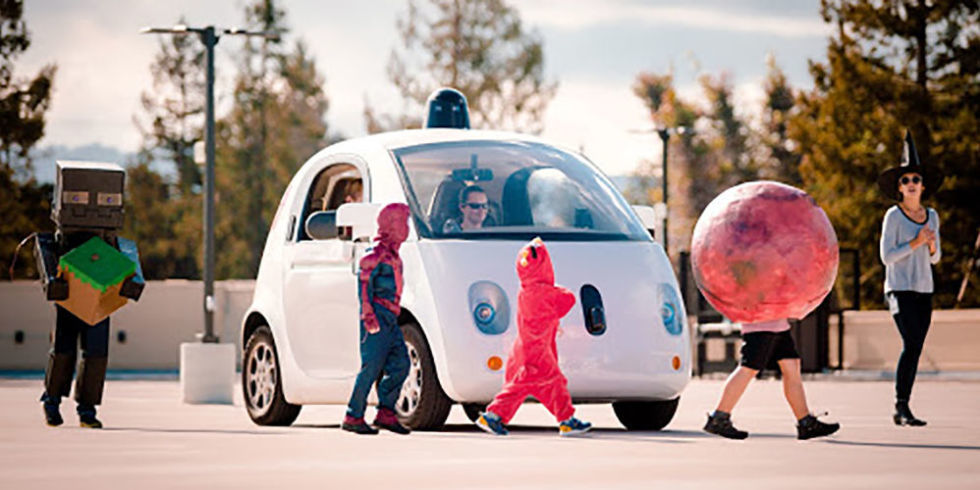 That’s why noted car guy and Caterham owner John Krafcik, CEO of Google’s autonomous car project, gets up and goes to work every morning. But in its latest update, Google announces that its twee koala-mobiles now do the single most annoying thing your fellow drivers engage in every day: horn-honking. Google’s self-driving cars are meant to save lives by being better drivers than us fallible humans.

In its latest monthly update, reporting advances for the month of May, Google revealed that its autonomous cars can now honk their horns when their computer brains decide it’s the right thing to do:

Our self-driving software is designed to recognize when honking may help alert other drivers to our presence—for example, when a driver begins swerving into our lane or backing out of a blind driveway. During testing, we taught our vehicles to distinguish between potentially tricky situations and false positives, i.e. the difference between a car facing the wrong way during a three-point turn, and one that’s about to drive down the wrong side of the road.

The first version of the software only sounded the horn within the cabin, so that the human test pilot could then determine whether this was an appropriate time to honk.

Now, “as our honking algorithms improved, we’ve begun broadcasting our car horn to the world,” Google says. And the Silicon Valley tech giant has even trained its self-driving car to do different kinds of honks: “If another vehicle is slowly reversing towards us, we might sound two short, quieter pips as a friendly heads up to let the driver know we’re behind. However, if there’s a situation that requires more urgency, we’ll use one loud sustained honk.”

Google says its goal is to “teach our cars to honk like a patient, seasoned driver.” Residents of traffic-choked major cities throughout the U.S. may doubt that such a driver exists. Still, like Google’s experiments teaching its self-driving car to recognize pedestrian children (shown above), it’s an important way of ensuring these self-driving buggies have smoother interactions with the humans around them.

Now if Google would only teach its autonomous cars to keep up with the flow of traffic.