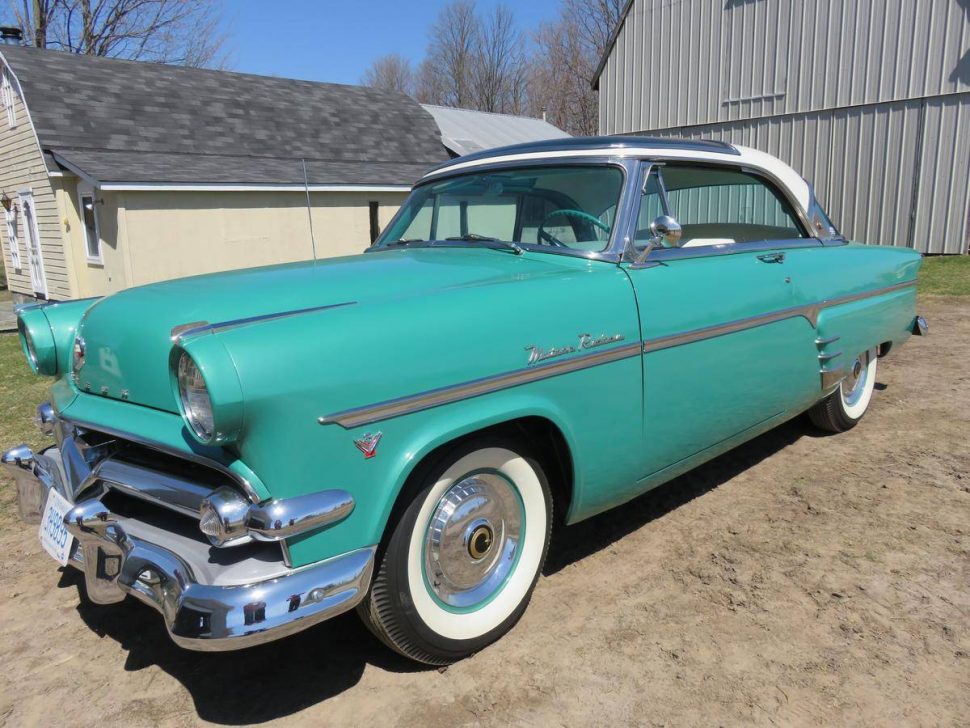 Meteors were offered in Canada from 1949 until 1976 and basically just had different paint schemes, badges and trim to differentiate them from U.S. Fords. Most American car enthusiasts do a double take at the sight of a Meteor: It’s definitely a Ford, just not one that was ever sold in the U.S.

This 1954-vintage Meteor is interesting because U.S.-market Fords and Mercurys were powered by the new overhead valve Y-block V-8 in ’54, while Canadian-market Meteors stuck with the Mercury-issue 255-cu.in. flathead V-8 until model year 1955.

Beyond that, it’s a top-of-the line Rideau series car with the Skyliner glass panel roof and a dash that resembles what was used in U.S. Mercurys.

The 1954 model year also marked the arrival of Meteor’s Rideau series — formerly called Crestline like its Ford counterparts. The middle rung Meteor offering in 1954 was the Niagara while the base car was just called Meteor.

This Meteor is being offered for sale by one of our neighbors in Canada, but it isn’t unusual to see them in the Northern most parts of the U.S., like for instance this great looking 1956 Meteor Rideau Victoria for sale in Maine sporting a tri-color paint scheme and unique grille. From the owner’s description:

Complete body off restoration to original in 2014, driven less than 300 miles since restoration, total mileage is 86,000.

This is a Rare Canadian built 1954 Meteor Rideau, only a total of 385 of this model manufactured.