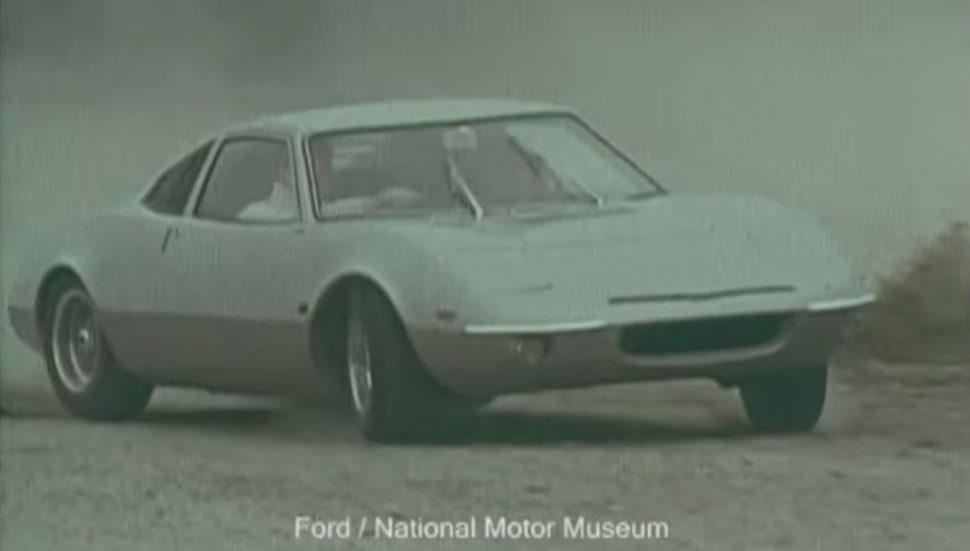 Mac’s Motor City Garage has more on the GT70, while the video above shows it doing what it was designed to do: sliding through the dirt. While the Ford Escort did an admirable job in rallying in the late Sixties, the company still found itself outclassed in the Monte Carlo by the likes of Porsche and Renault with its Alpine, so to combat the two it came up with the GT70, a mid-engine rally car that never saw production.

* Not even Jay Leno can get his hands on the Mercedes-Benz-built replica of its 300SL-powered transporter, so he did the next best thing and bought a replica built in Sweden, then finished it off to his specifications, good enough to haul his Gullwing to M-B shows.

* We know you’ve missed the inseguimentos for the car chase portion of Sunday Cinema, so let’s get back to them with this scene from the 1972 flick “La Mala Ordina,” also known as “The Italian Connection.”