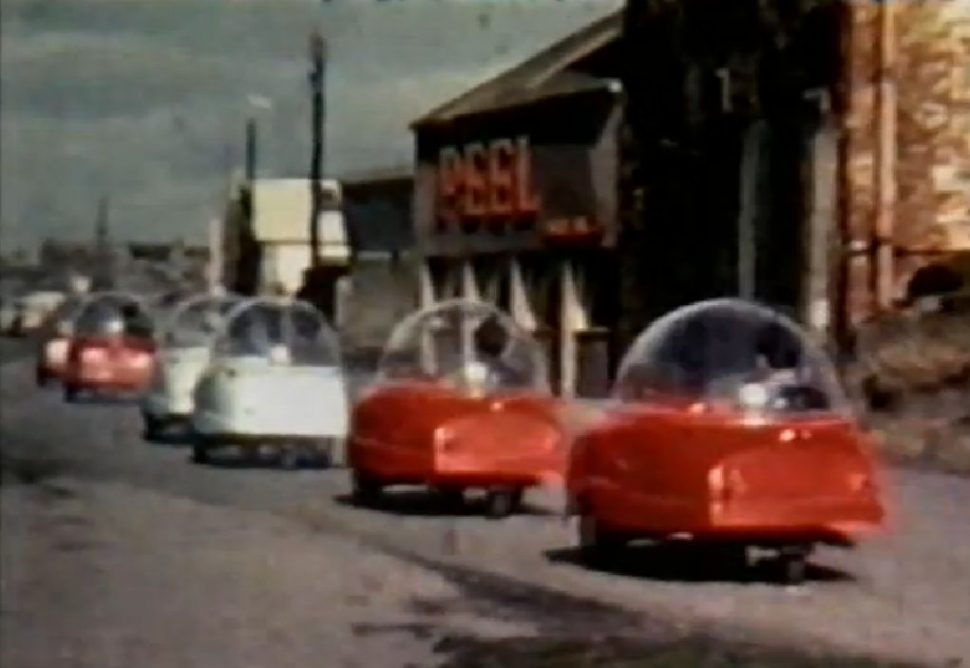 * We can’t discuss Gary Gabelich, as we did earlier this week, without raising the topic of the Budweiser rocket car land-speed record attempt of 1979. While Hal Needham’s venture in LSR didn’t result in a record, Hal did claim a spot in history as the first to go faster than the speed of sound on land.

Even those of us who thought we knew everything about the only carmaker based on the Isle of Man will have something to glean from this video tribute to Cyril Cannell, whether it’s his story about how they became federalized in the United States or simply the vintage footage of so many Tridents popping out of the Peel factory like a malfunctioning gumball machine.

* Somehow in all the inseguimentos we’ve run in Sundaywww.faussefr.com Cinema, we’ve yet to see a Ferrari, something that changes with this chase from “Poliziotto Sprint,” recommended by Christophe.

Trying to pitch automotive safety in a time of highway slaughter