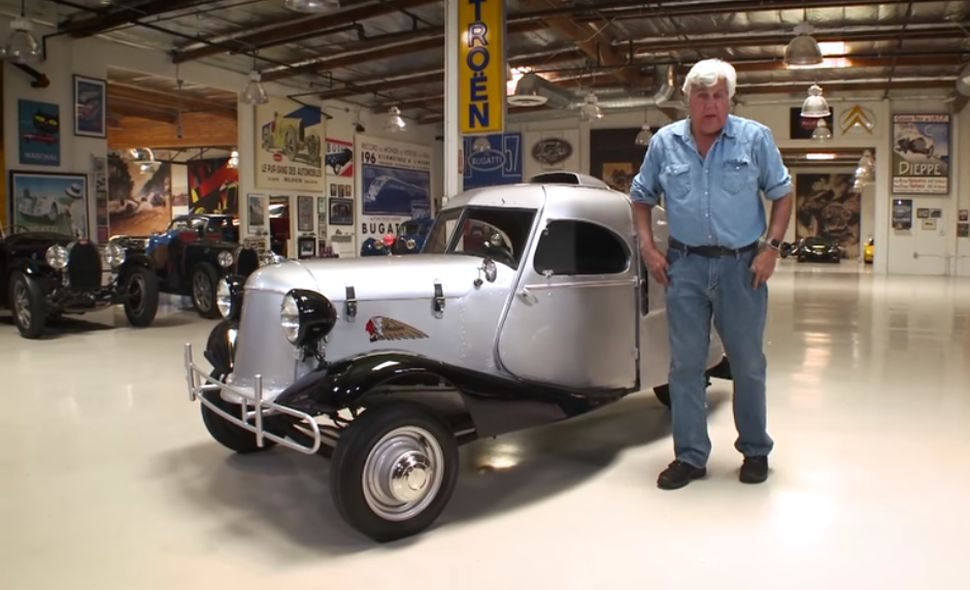 Some pretty innovative things done to this conglomeration, both during its initial build and during Leno’s restoration. As Leno notes in this week’s Jay Leno’s Garage video, the Shotwell Indian-powered three-wheeler was the subject of his very first video, but he recently decided to revisit the homebuilt vehicle for a more in-depth look at it.

* Eva Sollberger’s Stuck in Vermont video series this week headed to Hanksville, Vermont, where she took in a mud bog and returned a report on why people decide to cover themselves head-to-toe and their trucks bumper-to-bumper in muck.

* And for this week’s inseguimento: a chase from the 1977 flick “La Polizia è sconfitta” – known in English as “Stunt Squad.” Somebody tell me there’s action figures of these guys.