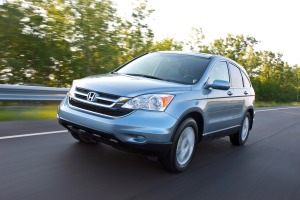 More than half of those vehicles (2.3 million) have been recalled previously for similar issues.

The recalled Honda and Acura vehicles are:

Honda spokesman Chris Martin told Edmunds that the automaker is “not aware of any market ruptures or injuries specific to this expanded vehicle population.”

Honda has confirmed nine deaths and more than 100 injuries in the U.S. related to Takata airbag driver’s front-inflator ruptures in vehicles covered by previous recalls. A 10th fatality in the U.S. occurred in a 2006 Ford Ranger.

Honda expects this new round of recalls to begin in late summer for automobiles and in late fall for the motorcycles.

A VIN search at Honda websites or NHTSA’s recall website is not yet possible for this action, Honda noted.

“We anticipate that concerned owners of the affected automobile models will be able to accurately search their vehicles’ recall status on these sites beginning on June 6,” Honda said.

Notices will be mailed to owners beginning on June 27, NHTSA said.

Honda and Acura dealers will replace the defective inflators.

Edmunds says: Owners of these vehicles should begin checking the status of their vehicles on June 6. It’s also wise to stay in touch with your Honda or Acura dealer for updates.