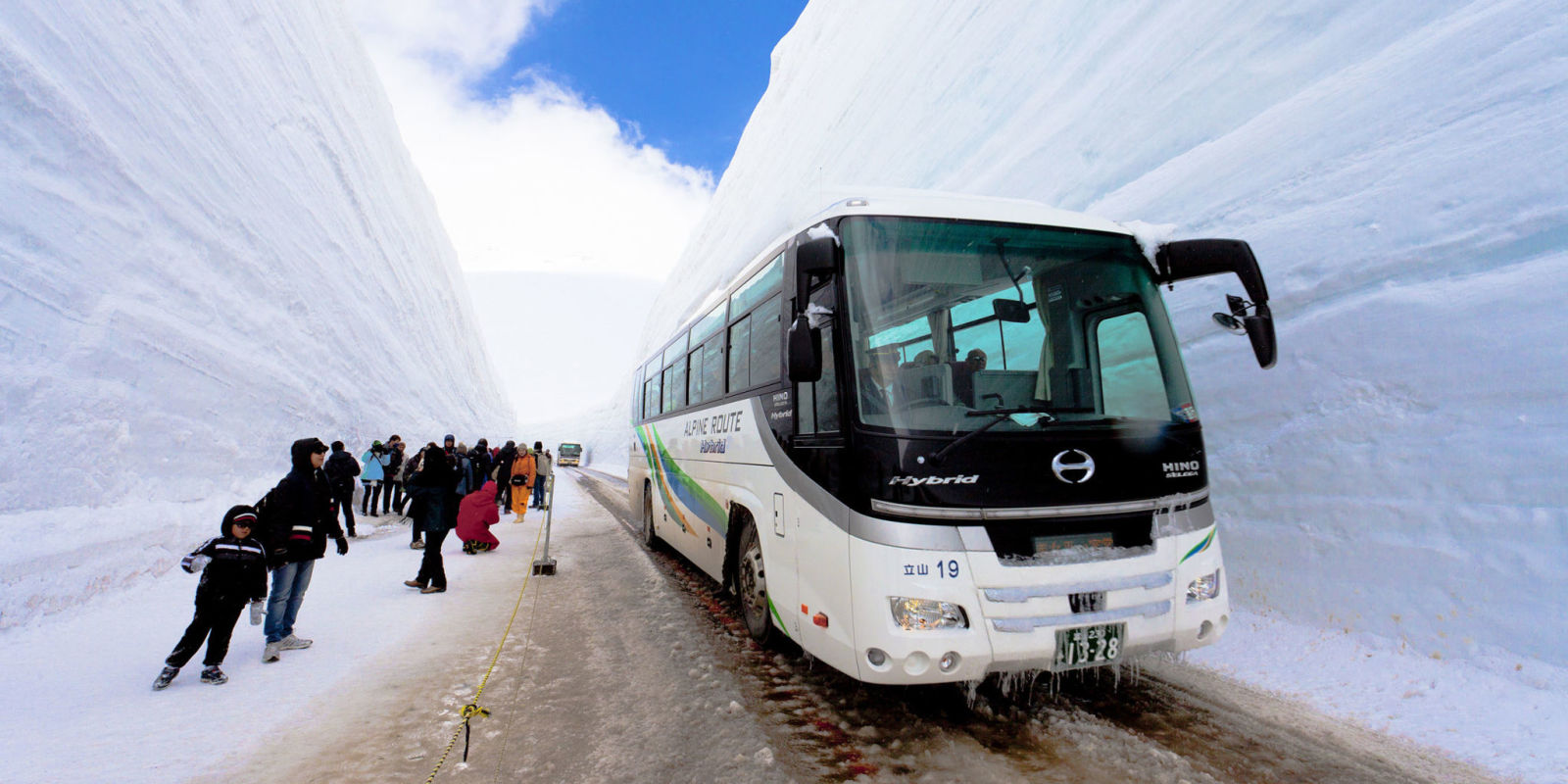 You think your town’s snow plow drivers have a tough task? In Japan’s Toyama Prefecture, road crews have to dig out mountain roads covered in snow that can pile more than 60 feet deep. It’s a daunting task, but they do it every time—and they’ve never taken a snow day.

Granted, the “Snow Canyon” shown above isn’t maintained on a daily basis. As Justin Nobel explains over at Atlas Obscura, every year in early March, a bulldozer crew undertakes the painstaking task of opening the road. The first step is to send a single dozer to drive over the top of the snow, using GPS and satellite phone signals to trace the path of the road buried five to six stories beneath. Then a fleet of dozers, backhoes, and rotary snowblowers come through to remove all the snow, eventually unearthing the pavement beneath.

But while digging out the “Snow Canyon” is a once-a-spring event, the populous towns and cities that surround this frigid outpost keep their roads clear all winter ’round. That includes the town of Tokamachi, Japan’s snowiest small city, with a population of around 54,000 and an annual snowfall of 460 inches—nearly four times that of Syracuse, NY, widely considered the snowiest city in the United States. And yet, the roads to towns like Tokamachi never close; the people who live in these cities, towns and villages never take snow days.

To find out more about the fascinating process of digging out the snowiest roads in Japan (and indeed, perhaps in all the world), check out Atlas Obscura. You’ll never look at a few inches of powder on your driveway the same again.