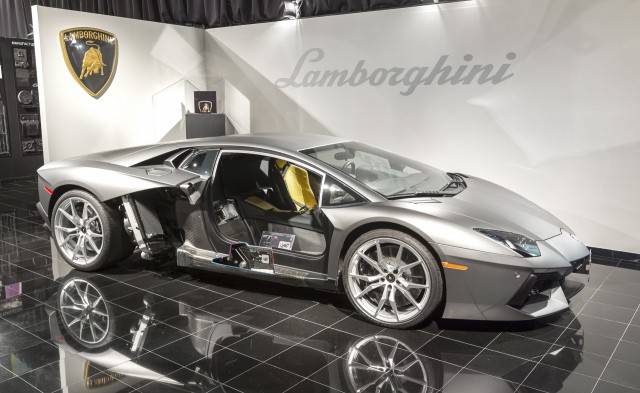 Of course, even before Musk revealed the Model 3 at the event in Hawthorne, rumors were already swirling of a high-performance variant. Musk even confirmed that there will be a Model 3 with Ludicrous Mode, Tesla’s all-wheel-drive, big-battery performance pack that lets the automaker call the Model S P90D the fastest-accelerating sedan in the world.

At the official introduction of the Tesla Model 3, CEO Elon Musk promised that the $35,000 electric car will offer swift acceleration despite the relatively affordable base price. “At Tesla, we don’t make slow cars,” Musk said, touting a 0-60 time of less than six seconds for the Model 3.

Enabling that kind of acceleration in an affordable all-electric sedan, with a goal of building more than 500,000 of them a year by 2018, is going to be a huge challenge. But a nerdy new tech tidbit could help Tesla achieve exactly that.

Over at Electrek, Fred Lambert reports that Tesla is working up an all-new power inverter for the Model 3. That’s the part of the electric drivetrain that converts the direct current coming out of the battery into alternating current to power the electric drive motor. Making this device as efficient as possible is key: The motor’s power output is capped by how much power the inverter can transfer, while its conversion efficiency directly impacts battery charge consumption and driving Omega Replica Watchesrange.

It’s clear, then, that inverter improvements would be key to maximizing range, efficiency, and performance in the upcoming Model 3. And a knowledgeable insider tells Electrek that’s exactly what Tesla is up to.

The insider says the Model 3 inverter will be capable of “over 300kW.” Compare this to the inverters used in all-wheel-drive versions of the  Model S and X—the front motor inverter rates at 250kW, the rear at 320kW.

“A main drive unit delivering over 300 kW combined with a similar dual motor as Tesla’s current system delivering up to ~250kW could easily achieve supercar-like performance similar to the Model S,” Lambert predicts.

The source also says that the inverter, designed from a clean sheet in-house at Tesla, contains 25 percent fewer unique parts, and is “expected to be much cheaper on a dollar-per-power capacity basis than even Tesla’s most recent dual motor inverter system.”

Which makes sense. If Tesla wants to make a high-performance variant of the Model 3, it needs to eke out efficiency improvements wherever they can be found in the electric drivetrain; if the automaker wants to hit that production goal of half a million vehicles annually by 2018, it has to find production efficiencies as well.

We know that Tesla is planning an all-wheel drive performance version of the Model 3—that’s the variant that Tesla had on hand for ride-alongs at the official Model 3 unveiling, and it had notably quick acceleration. If Tesla wants to make a car like this available to the masses at its long-promised affordable prices, it has to sweat the little details like this.