You are here: Home  /  Auto Show  /  Automotive News  /  How the Scrambler Is Changing the Ducati Brand
Auto Show 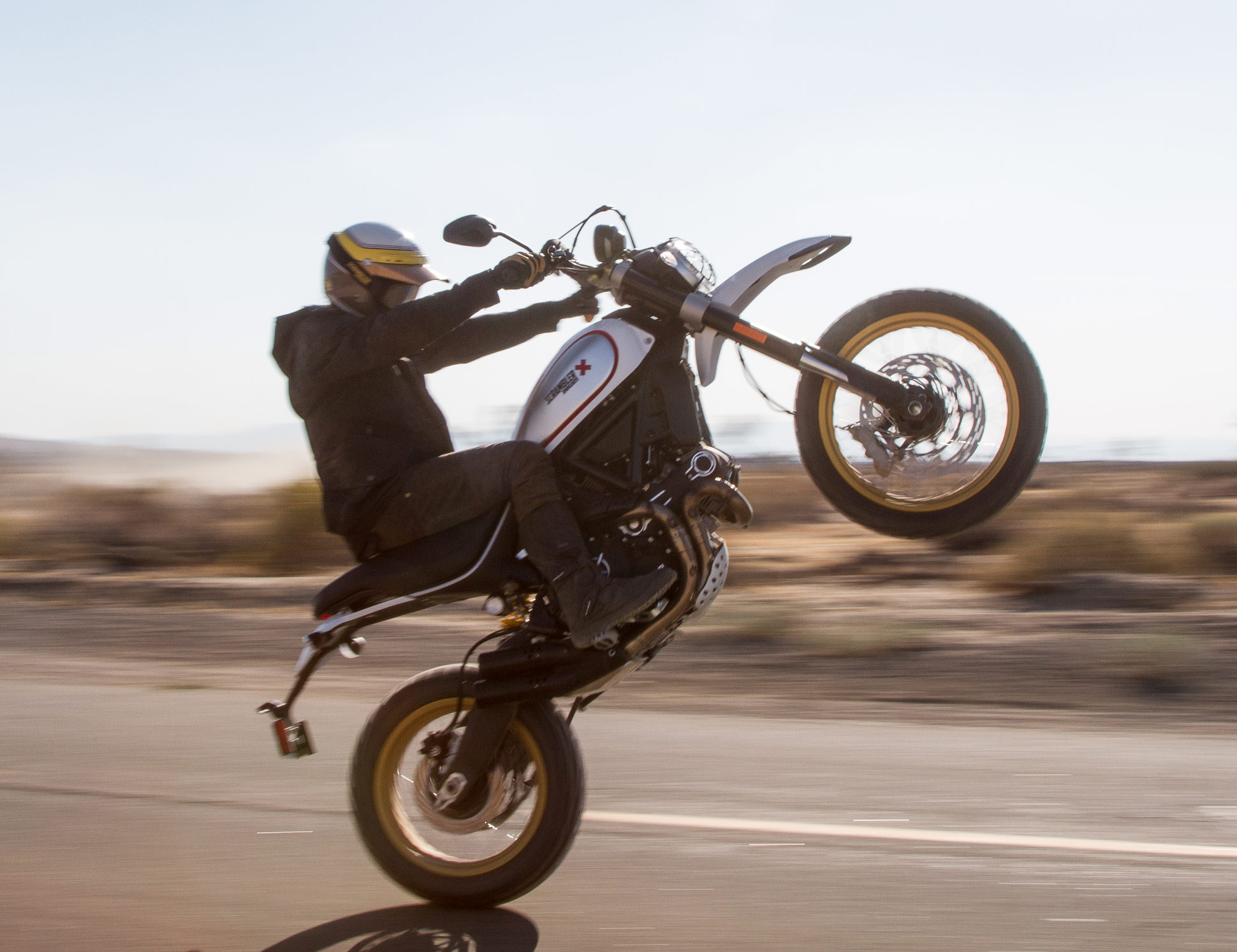 How the Scrambler Is Changing the Ducati Brand

It’s not uncommon for manufacturers to create sub-brands. In the car industry, Honda has Acura, Nissan has Infiniti and Hyundai has Genesis, to name just a few. A sub-brand is a relatively easy way for a manufacturer to go upmarket without completely alienating its core customer base, who may not have an interest in that niche. Going down-market, on the other hand, is a much trickier beast to tame (see: Chevy’s consistently underwhelming Geo and even Ferrari’s Dino), mainly because a company runs the risk of diluting the original brand by associating lower-quality products to the name.

When Ducati introduced the Scrambler sub-brand back in 2015, the idea was to provide new-ish riders an accessible gateway to the rest of Ducati’s more aspirational bikes. But after record sales in 2015, including 16,000 Scramblers sold worldwide, it was clear the Scrambler brand was no Geo. After customer surveys throughout 2016, the Bologna-based brand quickly found that Ducati customers just wanted more offerings from the new, less expensive Scrambler brand. At last month’s International Motorcycle Show, Ducati North America CEO Jason Chinnock explained, “When we first brought the Scrambler to market, the idea was that it would hopefully bring people into the world of Ducati. What we discovered was that when people came in, they fell in love with the world of Scrambler.”

You only have to look at the difference between Ducati’s marketing photos for the Monster (left) and the Scrambler to see the difference in mentality.

And now, the Scrambler lineup is expanding into segments and ventures in ways the larger Ducati brand simply can’t. Chinnock was on hand at IMS to officially introduce the classically styled, street-performance-orientated Scrambler Cafe Racer and the off-road-focused Desert Sled — both wildly different bikes, yet each is based on the Scrambler Icon. Of the Scrambler brand philosophy of “Land of Joy” and Ducati’s “style, sophistication, performance,” Chinnock says they “are not opposite; it’s just a different thread.” The Scrambler brand is essentially affording Ducati an outlet for a sense of humor and playfulness that so many performance brands have lost. (Looking at you, BMW.)

In addition to bike designs and riding experiences that land outside the general wheelhouse of Ducati, a lot more brand collaborations like the Italia Independent Scrambler are in the pipeline. Chinnock went on, cryptically: “We’re doing a couple different things with Scrambler that we can’t do with Ducati. We’re going to be doing some cross-branding with some brands from the US — but I can’t say yet, until they’re done.” But regarding more Scrambler models like the Desert Sled and Cafe Racer, Chinnock said, “We’ll definitely see the Scrambler family continue to develop.” Promising words for a brand that’s already batting 1,000.