You are here: Home  /  Auto Tech  /  Do You Know How the World’s Quickest Street-Legal Electric Car Could Get Even Faster
Auto Tech 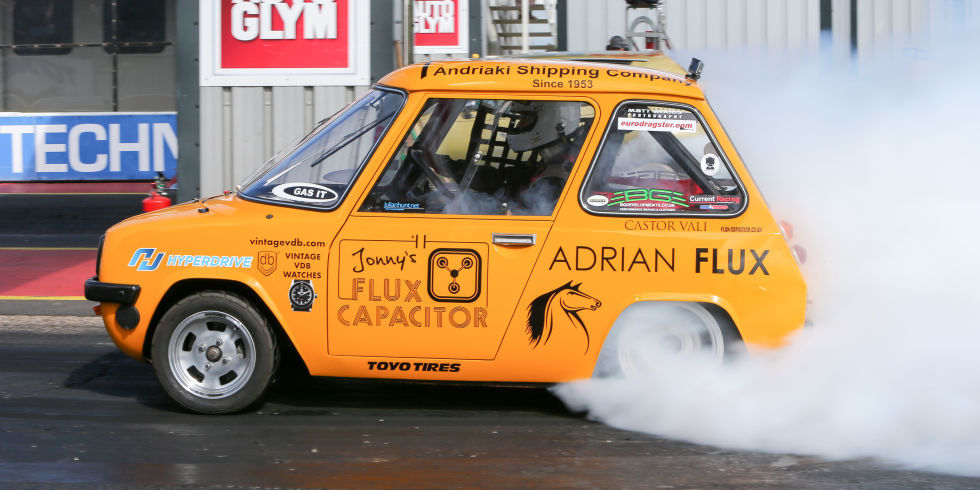 Nothing is ever fast enough in racing, so I reached out to Smith to find out what’s next for the world’s fastest street-legal electric car. Jonny Smith just recorded a crazy 9.86-second, 121.73-mph 1/4-mile run in his wild, battery-powered 1974 Enfield 8000. The project, originally intended to do 12 seconds on the drag strip, has clearly exceeded its original intent.

The current specification includes a pair of 9-inch DC Current racing motors, sending more than 500 horsepower and 1000 lb.-ft. of torque directly to the rear wheels, no gearbox involved. It also has a cruising range of “up to 50 miles” thanks to its lithium-ion Kokam military-grade batteries. It’s 1874 lbs. of perfection, no question about it, but what could be next for the car you didn’t know existed before it blew your doors off? 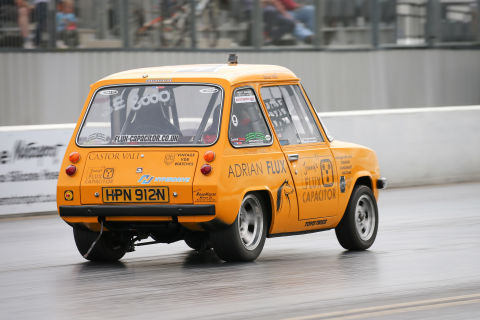 Jonny had this to say:

“We think there might—MIGHT—be a little grunt left in the little ’70s city car, predominantly because we can refurbish the motors to rev a tad higher [than the current 6000rpm] and also play with another [differential] gear. But, as it stands, I am just hugely proud to bring a forgotten piece of British EV history back from the grave.

“It really shouldn’t go this fast on paper, but it feels completely smooth and stable. I forget how short the thing is as I launch it off the line. No trans brake, no launch control or traction aids— just hit the throttle and let your arse decide if it feels safe to keep your foot in.

“My goal in 2012 was to bring this car into the mid 12s on the quarter mile. I can now proudly say we have a 9-second street car that doesn’t even have an exhaust pipe.”

No exhaust pipe, yet still quite a lot of smoke. 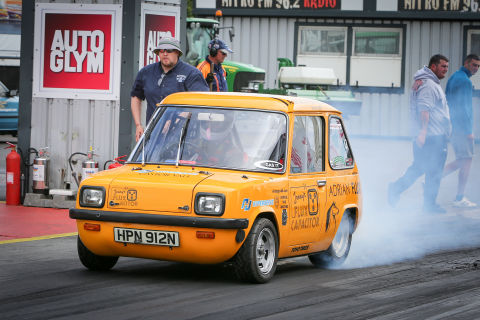 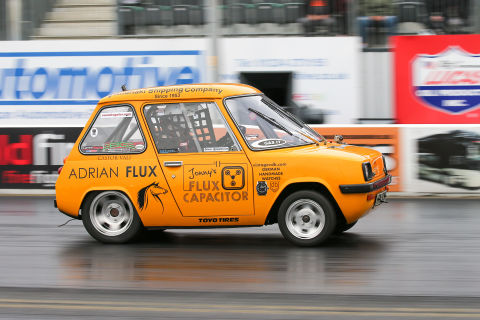 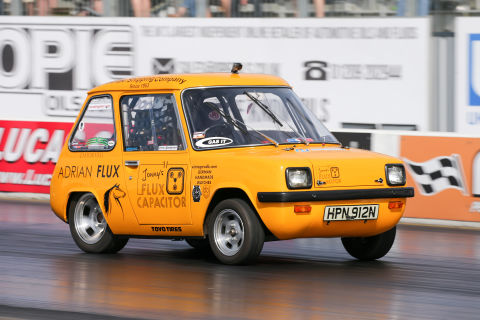 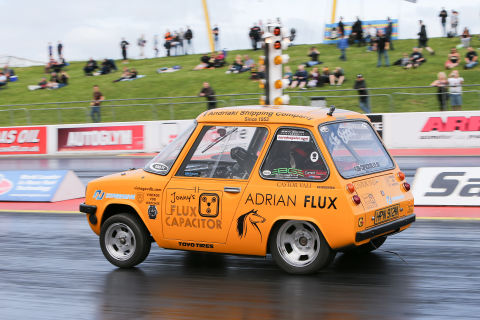 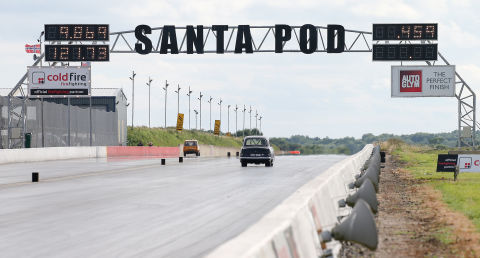