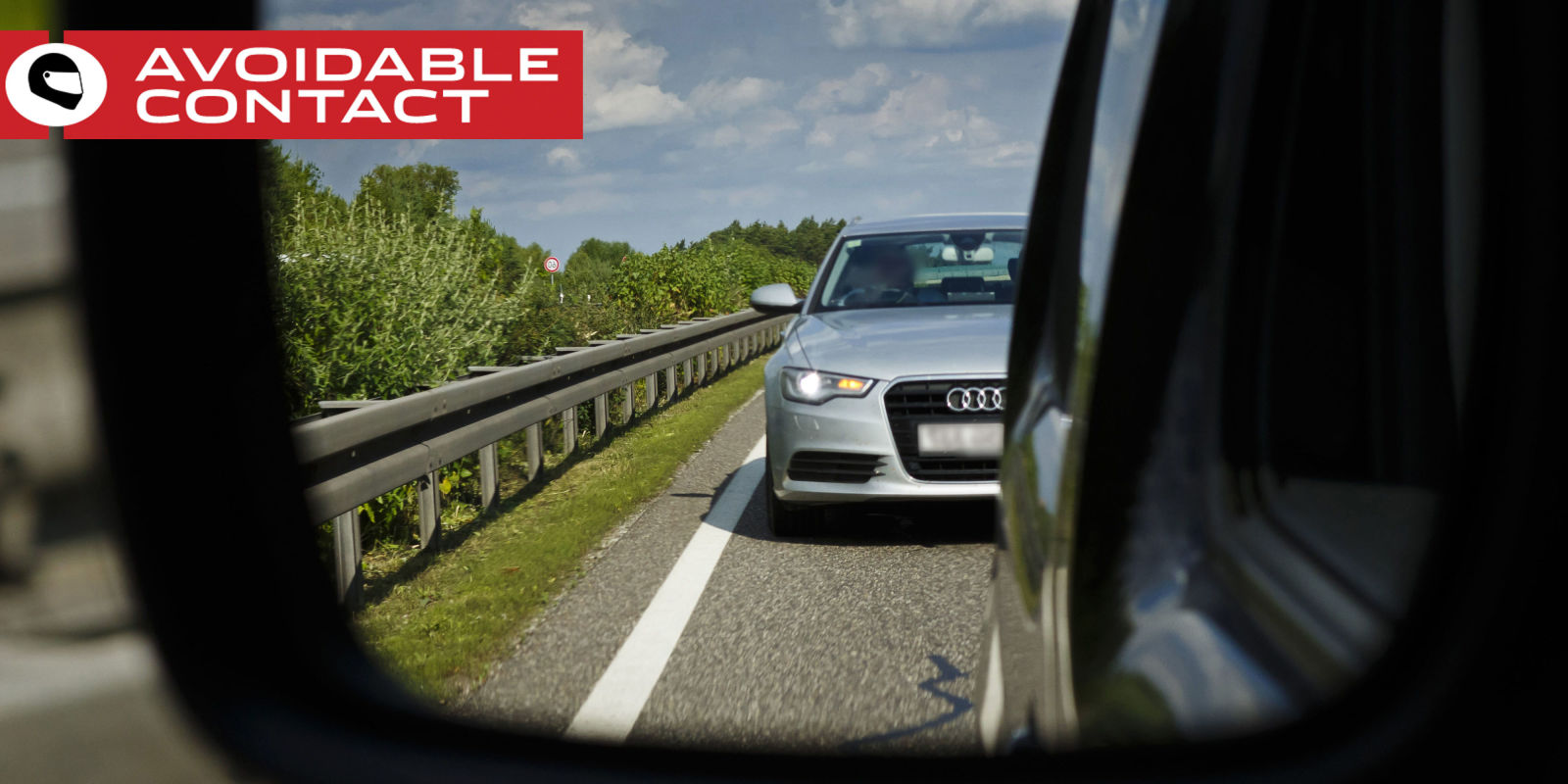 How To Mentally Manipulate Your Fellow Drivers

There are many reasons to become a more competent and more conscious user of the American road, but allow me to acquaint you with one reason that you’ll regret having done so: once you get to the point where every action you take behind the wheel has a defined and precise purpose, you will find the unconscious and purposeless actions of everybody on the road around you to be utterly maddening. I’m talking about the people who wander from lane to lane for no reason. The drivers who speed up to match you as you pass them on the freeway, not out of anger or machismo but simply because their subconscious herd-animal instincts tell them that it’s completely safe and comforting to be driving at 75mph next to another 4,000-pound unguided missile. Tailgaters. People who can’t merge at speed. I could go on, but I think you get the idea.

I’m not saying that road rage and aggressive driving isn’t a problem in the United States—it obviously is—but much of the bizarre behavior you see out there on the road is simply due to the fact that the average driver puts no more thought into his choices behind the wheel than I do into selecting toilet paper at the supermarket. They aren’t trying to offend you or “beat” you. They’re just kind of stroking along on instinct and the dimly remembered lessons of high-school driver’s ed. That’s why you will have somebody blow by you in a 55 zone only to hold you up in the 75 zone that follows: they aren’t even looking at the speed limit signs. Instead, they’re simply doing a speed that feels comfortable to them. It’s completely unconscious. 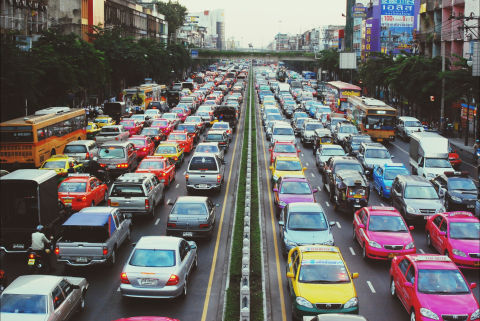 It’s easy to become angry with the unconscious drivers around you, but anger is rarely profitable and once you get to middle age you have to start thinking about what it’s doing to your health. Let me suggest a better way to look at it. If somebody is operating in an unconscious fashion, simply responding to the stimuli around them, that means that their behavior can be changed by modifying the inputs that they receive. And since they aren’t really paying attention to what they’re doing, you’re not going to harm or annoy them in any meaningful way by doing so.

The most prevalent, and most annoying, unconscious behavior I see on the roads is “herding.” We’re all social animals at heart, so a lot of people are reassured at some level when they are near other cars. That’s ridiculous and stupid, of course—the most dangerous thing on the road is the car or truck next to you—but our unconscious minds were designed in a time before the GMC Yukon Denali XL.

Herding manifests itself in the following behaviors:

Instead of getting angry with this behavior, consider ways to break it by playing on the driver’s unconscious motivations. If a driver is next to you and adjusts to match your speed, consider braking sharply (if there’s nothing behind you) or accelerating sharply (if there’s nothing ahead) for just a second or so. When you get far enough away from them, their herd instinct will diminish and they may leave you alone.

The same is true for cars that follow you while matching speed. I’ve watched drivers unconsciously pace me all the way from 55mph to 85mph or more as long as I increase my speed one MPH at a time, or from 85mph to 55mph if I slow down by the same increment. They’re not trying to be annoying; they are just operating on the herd principle buried in their backbrains. But if I slam on the throttle and go from 60mph to 70mph at max acceleration, they won’t follow.

If you move over for a faster car that then slows down right ahead of you, try moving back in behind them. They will almost always slow down 5mph or so, because they are slightly nervous at seeing you appear in their mirror. Then you can return to your previous lane and pass them again, using sharp acceleration to put distance between you and them and break the herd behavior.

Is a driver tailgating you for no reason on an empty freeway? Move over one lane then accelerate. Most of the time they won’t follow. Are they dangling in your blind spot? Put on your turn signal in that direction. They will either drop back or hurry up to pass you so you don’t steal their place in line, so to speak. Alternately, consider moving a lane away in the opposite direction and accelerating a bit.

All of these tactics, and many more that you’ll discover independently, have one thing in common. They are designed to break the herding instinct by making you more visible, or more worrisome, to the unconscious driver. They turn you from just a comforting, indistinct presence in their mirrors or windshield to an actual, noticeable automobile that might not be worth sticking so closely to. 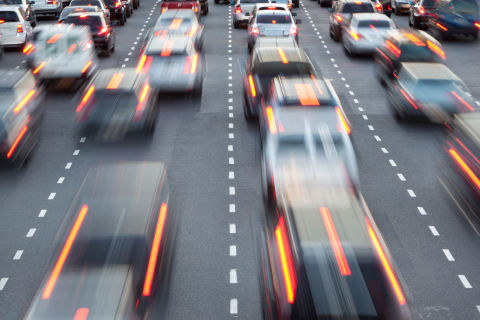 One thing that you should not do: Never use your horn when trying to “wake up” a driver who is not paying attention behind the wheel. That tends to startle them—and while the trained driver reacts to being startled or surprised by ratcheting up his attention while keeping his hands still, most untrained drivers do precisely the opposite. They stare at their dashboards and yank the wheel in a direction away from the noise. I learned this a long time ago: some idiot was pacing me in my Fox and I leaned on the horn, causing him to put his car on the shoulder before swerving back in my direction. I’ll never do that again.

After a couple of decades spent watching unconscious drivers from the seat of various motorcycles, I’ve started to believe that I can predict what they’ll do next just by watching their shoulders tense up, the same way I was taught in sparring classes a long time ago that some fighters will telegraph a punch by raising the shoulder on the side that’s about to throw it. You can do the same thing from a car, although it’s not as easy to see what the driver is doing through the Greek columns that pass for A-pillars nowadays.

If you can successfully learn to predict what drivers will do next, while learning how to subtly manipulate their behaviors in ways that will make both you and them safer, you’ll be well on your way to being a regular Jedi knight of the road. Just remember to use your powers for good, and not for evil, and everything will be fine. And don’t try it on the police, either. Telling a cop that he “doesn’t need to see your identification” is going to get you, and that landspeeder of yours, sent right to Cell Block 1138.

Born in Brooklyn but banished to Ohio, Jack Baruth has won races on four different kinds of bicycles and in seven different kinds of cars. Everything he writes should probably come with a trigger warning. His column, Avoidable Contact, runs twice a week.