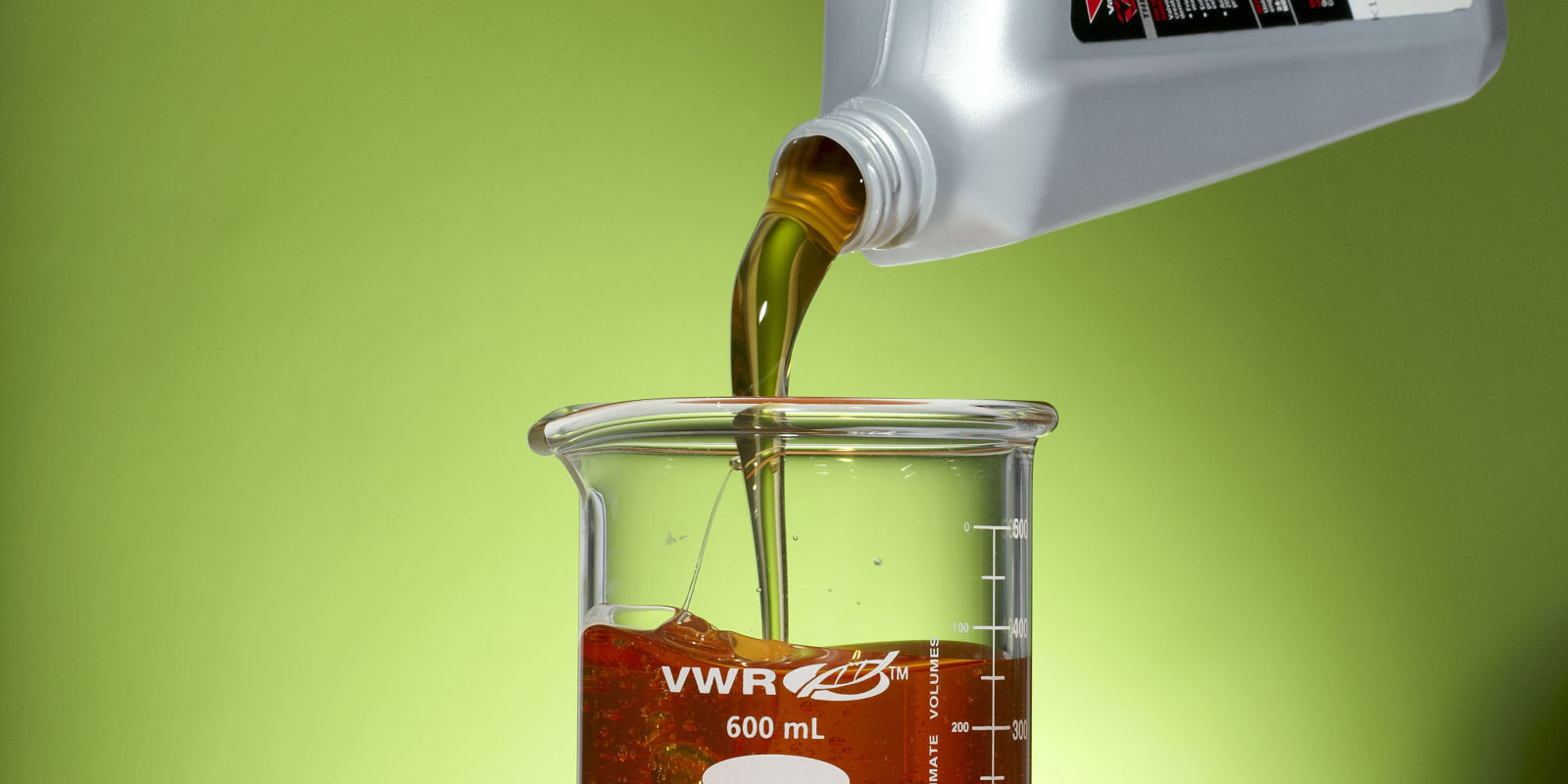 Well, not quite. There’s a whole lot more to the story than that. Choosing the correct motor oil for your car might seem daunting but the best way to start is by checking out the starburst symbol that indicates the oil has been tested and meets the standards of the American Petroleum Institute (API). In addition, there’s a 2-character service designation on the container. API’s latest service standard is “SL.” SL refers to a group of laboratory and engine tests, including the latest series for control of high-temperature deposits. Your third task is to pick the viscosity (thickness) that’s suitable for the temperatures your vehicle normally operates in (check your owners manual), and you’re done. 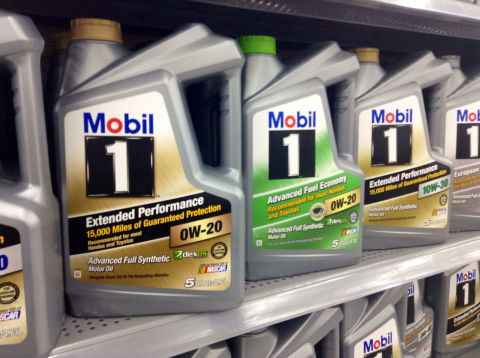 Look on the shelves in auto parts stores and you’ll see oils labeled for all kinds of specific purposes: high-tech engines, new cars, higher-mileage vehicles, heavy-duty/off-road SUVs. In addition, you’ll see a wide selection of viscosities. If you read your owner’s manual, you’ll know what the car manufacturer recommends for a brand-new vehicle. The manual may include a reference to Energy Conserving oils, which simply means that the oil has passed a lab test against a reference oil. It’s no guarantee of better fuel economy, but most of the leading brands have at least some viscosities that are so labeled. Let’s take a look at the different types.

How to Choose Between Synthetic and Conventional Motor Oil

Premium Conventional Oil: This is the standard new-car oil. All leading brands have one for service level SL, available in several viscosities. The carmakers usually specify a 5W-20 or 5W-30 oil, particularly for lower temperatures, with a 10W-30 oil as optional, particularly for higher ambient temperatures. These three ratings cover just about every light-duty vehicle on the road. Even more important, though, is changing the oil and filter regularly. A 4000 miles/4 months interval is good practice. The absolute minimum is twice a year. If your car has an electronic oil-change indicator on the instrument cluster, don’t exceed its warning.

Full Synthetic Oil: The oils made for high-tech engines, whether in a Chevy Corvette or Mercedes-Benz, are full synthetics. If these oils pass stringent special tests (indicated by their labeling), it means they have superior, longer-lasting performance in all the critical areas, from viscosity index to protection against deposits. They flow better at low temperatures and maintain peak lubricity at high temperatures. So why shouldn’t everyone use them? Answer: These oils are expensive and not every engine needs them. In fact, there may be some features that your car’s engine needs that the synthetics don’t have. Again, follow your owner’s manual.

Synthetic Blend Oil: These have a dose of synthetic oil mixed with organic oil, and overall are formulated to provide protection for somewhat heavier loads and high temperatures. This generally means they’re less volatile, so they evaporate far less, which reduces oil loss (and increases fuel economy). They’re popular with drivers of pickups/SUVs who want the high-load protection. And they’re a lot less expensive than full synthetics, maybe just pennies more than a premium conventional oil.

Higher Mileage Oil: Today’s vehicles last longer, and if you like the idea of paying off the car and running the mileage well into six figures, you have another oil choice, those formulated for higher-mileage vehicles. Almost two-thirds of the vehicles on the road have more than 75,000 miles on the odometer. So the oil refiners have identified this as an area of customer interest, and have new oils they’re recommending for these vehicles.

When your car or light truck/SUV is somewhat older and has considerably more mileage, you may notice a few oil stains on the garage floor. It’s about this time that you need to add a quart more often than when the vehicle was new. Crankshaft seals may have hardened and lost their flexibility, so they leak (particularly at low temperatures) and may crack. The higher-mileage oils are formulated with seal conditioners that flow into the pores of the seals to restore their shape and increase their flexibility. In most cases, rubber seals are designed to swell just enough to stop leaks. But the oil refiners pick their “reswelling” ingredients carefully. Valvoline showed us the performance > Viscosity Index 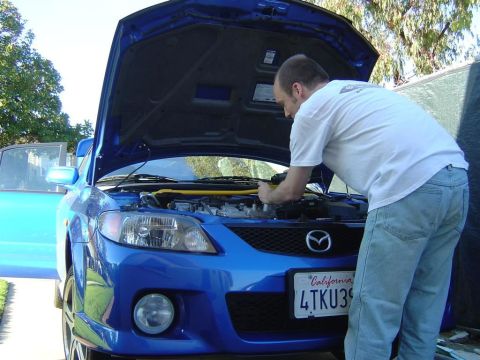 Resistance to thinning with increasing temperature is called viscosity index. And although a higher second number is good, the oil also has to be robust. That is, it must be able to last for thousands of miles until the next oil change. For example, oil tends to lose viscosity from shear, the sliding motion between close-fitted metal surfaces of moving parts such as bearings. So resistance to viscosity loss (shear stability) is necessary to enable the oil to maintain the lubricating film between those parts.

Unlike antifreeze, 95 percent of which is made up of one base chemical (typically ethylene glycol), petroleum-type engine oil contains a mixture of several different types of base oil, some more expensive than others. Oil companies typically pick from a selection of five groups, each of which is produced in a different way and in different viscosities. The more expensive groups are more highly processed, in some cases with methods that produce a lubricant that can be classified as a synthetic. The so-called full synthetics contain chemicals that may be derived from petroleum but they’re altered so much that they’re not considered natural oil anymore. Our custom blend contained 10 percent polyalphaolefins (PAO), the type of chemical that’s often the primary ingredient in a full synthetic.

The base oil package in any oil makes up anywhere from 70 to 95 percent of the mix, the rest comprised of additives. Does that mean an oil with just 70 percent base oils is better than one with 95 percent. No, because some of the base oils have natural characteristics or ones that derive from their processing, which reduces or eliminates the need for additives. And although some additives make important contributions to lubrication, by themselves don’t necessarily have great lubricity.

The ingredients in an additive package differ in cost, as we said, but price is just one factor. Some work better in certain combinations of base oils, and some of the less-expensive base oils are a good choice for a blend because of the way they perform with popular additives. Bottom line: every motor oil has a recipe. Refiners come up with a list of objectives based on the needs of their customers (the carmakers, for example) and formulate oil to meet those goals as best they can.

Now, keeping an oil from thinning as it gets hot while it takes a beating from engine operation is one thing. But it’s also important to keep oil from getting too thick. Using premium base oils for low volatility–to prevent evaporation–is one approach. Evaporation of the base oil package not only increases oil consumption, it results in thicker oil (which decreases fuel economy).

Use of additives is another approach to improving and maintaining oil performance. High engine temperatures combine with moisture, combustion byproducts (including unburned gasoline), rust, corrosion, engine wear particles and oxygen to produce sludge and varnish. The additives not only assist oil in maintaining good lubrication, they also help minimize sludge and varnish, and any damage from their formation. Here are the categories of key additive ingredients and why they’re important:

• Detergents: Unlike the household type, they don’t scrub engine surfaces. They do remove some deposits, primarily solids. But their main purpose is to keep the surfaces clean by inhibiting the formation of high-temperature deposits, rust and corrosion.

• Dispersants: Disperse solid particles, keeping them in solution, so they don’t come together to form sludge, varnish and acids. Some additives work both as detergents and dispersants.

• Antiwear agents: There are times when the lubricating film breaks down, so the antiwear agents have to protect the metal surfaces. A zinc and phosphorus compound called ZDDP is a long-used favorite, along with other phosphorus (and sulphur) compounds. If you musts know, ZDDP stand for zinc diakyl dithiophosphate.

• Friction modifiers: These aren’t the same as antiwear agents. They reduce engine friction and, so, can improve fuel economy. Graphite, molybdenum and other compounds are used.

• Pour-point depressants: Just because the 0° F viscosity rating is low doesn’t mean the oil will flow readily at low temperatures. Oil contains wax particles that can congeal and reduce flow, so these additives are used to prevent it.

• Antioxidants: With engine temperatures being pushed up for better emissions control, the antioxidants are needed to prevent oxidation (and, therefore, thickening) of oil. Some of the additives that perform other functions also serve this purpose, such as the antiwear agents.

• Foam inhibitors: The crankshaft whipping through the oil in the pan causes foaming. Oil foam is not as effective a lubricant as a full-liquid stream, so the inhibitors are used to cause the foam bubbles to collapse.

More Is Not Better

There’s a lot of pressure on the oil industry to reduce sulphur content in oil as well as gasoline. But the industry’s resistance is understandable when you consider the delicate balancing act it must perform with each revolution of your car’s engine. 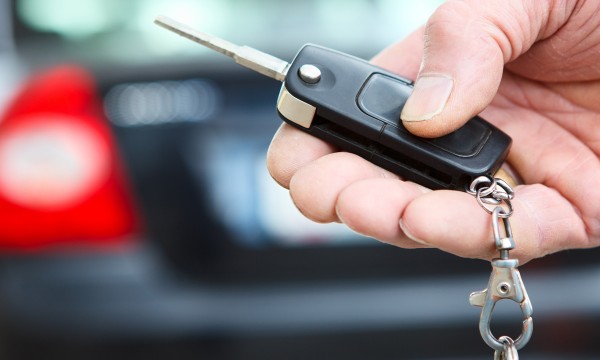