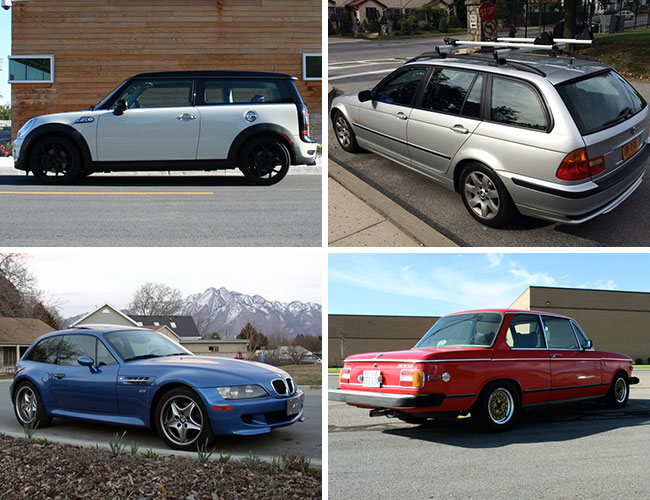 I Drive a Dad Car and I Really Like It

This revolving door of cool cars worked well — right up until I turned 16 and my parents opted instead for a Dodge Caravan. And thus began my curse. There’s nothing that stings your manhood quite like rolling up to a date’s house in something with sliding doors. Growing up, I was lucky to be surrounded by a slew of small European cars ranging from BMW 2002‘s to VW buses.

Naturally, in college I immediately seized on the opportunity to snag my very own cherry-red 1975 BMW 2002, and I’ve been lucky enough to follow that up with my own revolving door of small European cars. These have ranged from a slightly awkward but beloved MINI Clubman, complete with suicide door, to the even more awkward yet beloved BMW Z3 M Coupe (a.k.a. the Clown Shoe).

But it’s the announcement of that third kid when any self-respecting gearhead starts to question everything. I think most folks these days, when faced with the prospect of a family bigger than four, immediately start looking at SUVs. But for me, these overly rugged, rarely off-roaded gas guzzlers didn’t fit the bill. Then I remembered my curse of yesteryear… and the adventures we actually did have in that classic Caravan. 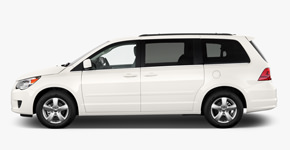 We made the minivan jump. Feet first. No looking back.

The play on words always kinda made me chuckle: Caravan. It’s a car… AND A VAN! But in a lot of ways that is the draw: decent gas mileage, far better handling than most SUVs, and the added benefit of sliding doors that won’t dent the hot hatch nuzzled into the next spot over in your driveway. If there’s one thing I’ve learned about having a van full of kids, it’s that they love to yank car doors open like they’re starting a lawnmower.

It’s extremely liberating having a vehicle that’s meant specifically for hauling the hatchlings. Date nights in the hot hatch became even more special — an escape from Kidlandia in more ways than one.

The play on words always kinda made me chuckle: Caravan. It’s a car… AND A VAN!

Not too long ago we added a fourth rugrat and moved our family from the far west to the greater NYC area. We drove the fam in the van from coast to coast, hitting 100K miles in the process.

Staring down the barrel of a mass-transit commute into the city meant we could conceivably consolidate down to a single vehicle — an #adventuremobile with automatic sliding doors, tinted windows, and maybe even a way to watch a movie from time to time. So we traded in our trusty transcontinental Caravan, along with the black GTI Mk6 I was driving at the time, for a lightly used and exponentially nicer minivan: a 2012 VW Routan, also black.

I told myself again and again that I was fine with it. But as a lifelong car guy, I lasted, oh, about three months before I found myself buying a beat-up little BMW 3 Series wagon with both a manual transmission and the potential to become the perfect sleeper one day. It’s a fun car that I love to drive, but on date night, when it’s time to go and my wife says, “Let’s take the nice car,” I know which one she’s talking about. And it still stings… a little.

Editor’s Note: By day, Kyle Snarr is director of brand communication at Flipboard’s NYC office, where he builds creative content solutions for some of the world’s best brands, from Microsoft to Rolex. By night, he blogs about entertainment, design, and automobiles as @kyality.