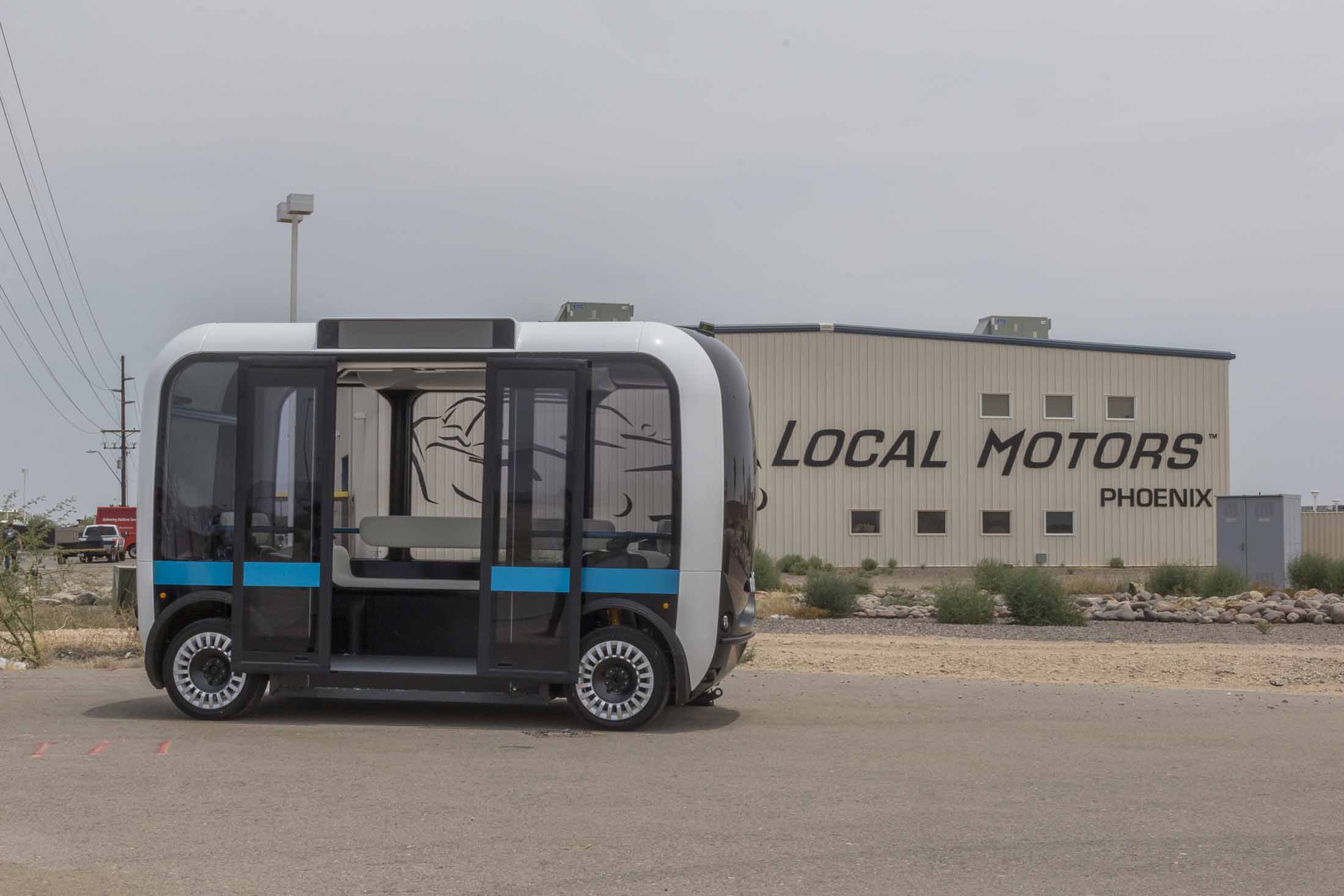 IBM and crowd-sourcing automotive outfit Local Motors don’t think so, as their new Olli concept recently demonstrated on the roads near Washington, D.C. Does a bus really need a driver?

Calling Olli a concept might be a bit misleading, however, since by the end of the year Local Motors and IBM plan to have a fleet of autonomous, on demand buses just like Olli shuttling people around the Maryland side of the National Harbor shopping center along the Potomac River.

Similar program are set to follow in Miami, Las Vegas and a few other locations around the globe.

What’s most unique about Olli isn’t that it is an autonomous vehicle without a driver, it is the way that passengers will be able to hop aboard and tell the vehicle their intended destination. From there, Olli’s high-tech processor will come up with the best route to its destination.

For now, the tests are limited to a very small area, but IBM and Local Motors say a next-generation model could be capable of driving people around an entire city.

Olli is the first vehicle concept to utilize the processing power behind IBM’s Watson Internet of Things, a cloud-based computer system with artificial intellgence. IBM’s Watson project is perhaps best-known for beating three Jeopardy champions all the way back in 2010.