You are here: Home  /  American Car  /  Cars Brands  /  Ford  /  The Cars Talk to Each Other In Bill Ford’s Future
American Car 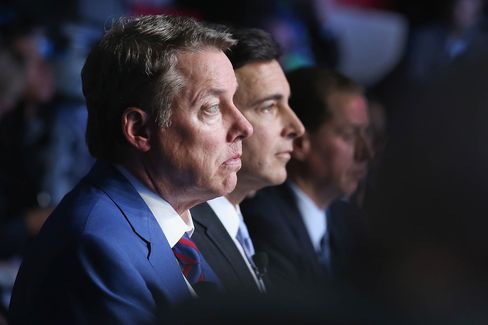 The Cars Talk to Each Other In Bill Ford’s Future

The great-grandson of both Henry Ford and Harvey Firestone, now executive chairman of Ford Motor Co., certainly knows his way around cars. What he doesn’t know is how they’re going to get around in an increasingly congested world. Bill Ford’s seen the future, and it’s crowded.

“Some of it’s just mathematics,” Ford says. “We’re going from 7 billion people on the planet today to 9 billion by mid-century. At the same time, people are increasingly moving into cities. We’re going to see many megacities with populations of 10 million or more, and gridlock will accompany that growth.”

To Ford, the spread of traffic jams around the world isn’t just an inconvenience but a matter of basic human welfare. “People, health care, and food are going to have a very difficult time moving unless we do something quite different,” he says.

Much of the auto industry’s efforts over the past decade have been to address the pollutants that cars emit. It’s an effort Ford has championed, but it’s only part of the overall solution. “We’re going to clean up cars, and I love that we’re doing it, but a clean traffic jam is still a traffic jam,” he says. “We have this other looming issue coming at us that people are not thinking about.”

The number of vehicles on the road is expected to double from now to 2030. To prepare for those teeming roads, Ford has supported vehicle-to-vehicle (V2V) communication technology, which researchers at his company have been developing. Cars will know traffic and road conditions from other cars already on the road. They’ll be able to automatically find the fastest routes themselves—and even find open parking spaces on streets near their destination, avoiding the circling-the-block ritual responsible for up to 30 percent of automobile emissions in cities.

“If you think of the endgame, we’re going to have autonomous vehicles in cities, which should mean fewer vehicles, because these autonomous vehicles will be riding most hours of the day, except for when they need to be plugged in and recharged,” Ford says. “That will change the ownership model dramatically.”