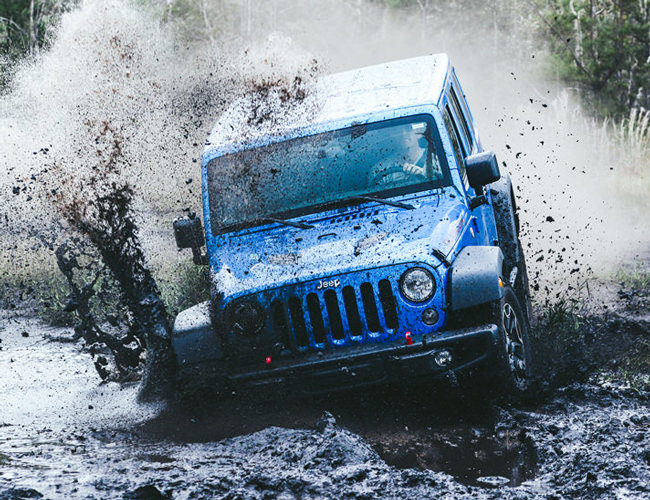 If a chrome, reflective Lamborghini is the calling card of South Beach, then a hydro blue pearl Wrangler Rubicon is the signifier of Tamiami — a flat expanse of land directly 30 minutes west of downtown. Tamiami’s suburban industrial area isn’t notable, spare a square swath of land at 137th and SW 8th used for dumping couches, abandoning personal watercraft and mudding. It’s ground zero for a redneck Olympics, or a spectacular place to dirty up a $50,000 Jeep.

Jeep designed and engineered the Wrangler Rubicon Hard Rock to prefer rolling over rutted-out, rocky soil, and playing in wet, deep mud puddles to cruising over clean pavement and picturesque highways. And, if you’re going to spend two days lolling around Miami, stopping at posh hotels and Cuban snack shacks (Enriqueta’s Sandwich Shop‘s ruben is worth the stop), you better reward this brute 4×4 with some time wallowing in the mud. So, after wrapping a South Beach photoshoot, shot in the Biscayne Bay, we unpacked the Pelican cases and board shorts and set out for Tamiami. 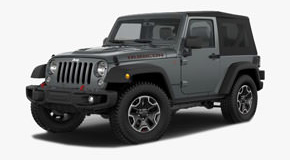 Cars do determine our behaviors — try keeping the speed limit in a V12 Ferrari — and the Rubicon communicates clearly what it wants: not easy roads. From the Hard Rock’s “Trail Rated” badging to tow hooks on the front bumper and the handle on the hood, this Jeep goads the overlander. The stock competence of electronic roll mitigation, heavy-duty Dana front and rear axles, a 22.5-gallon tank (good for nearly 400 miles of driving) and Rock-Trac 4WD lays a solid baseline, and modifications (snorkel exhaust? extra fuel? overhead lights?) are encouraged from there. The Rubicon’s interior is angular, muscular and utilitarian: dirty it up, then take a hose to it. With nine Alpine speakers and a waterproof sub (a feature of the Hard Rock edition), you’ll also have the wattage to launch an ample rock opera to accompany the adventuring.

Down in Tamiami, the Jeep jollily pranced along the deep ruts, while I bobbed along inside. Then I took the Jeep to wrestle with a mud puddle, and it did its worst to bully up the stagnant water in the middle of a clearing. After thrusting wet dirt in every direction, the 4×4 settled to a hard stop, the engine huffing a bit, some steam rising off the hot manifold, but none the worse for wear. A few wipes to clear windshield, and it was ready again to wallow, hoping for one more loop before having to return to the mundanity of paved, suburban roads.