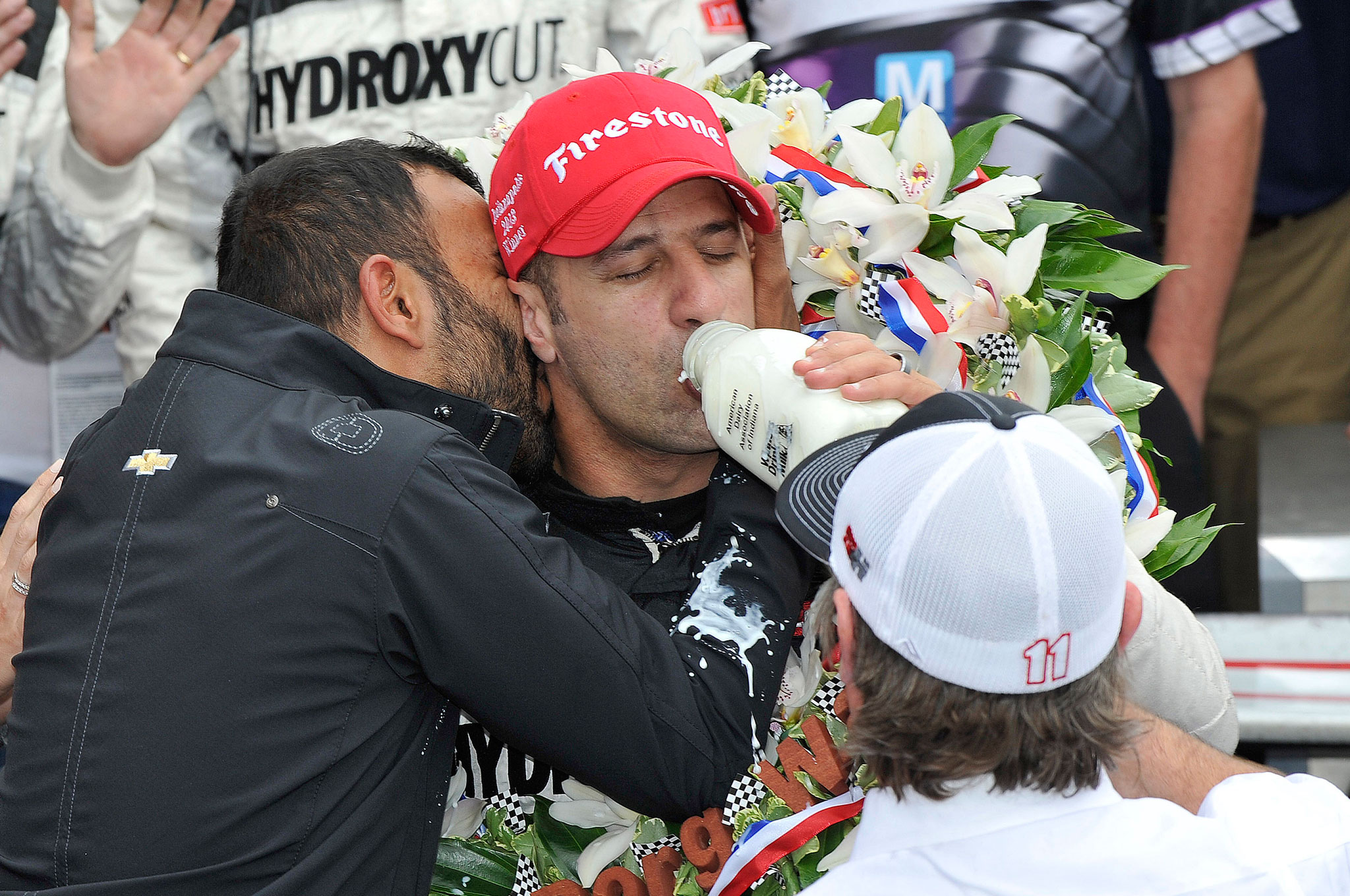 Just like the Super Bowl is all about the commercials, half the fun of the Indianapolis 500 comes from the traditions surrounding the event. Maybe that’s why the event’s tagline is “The Greatest Spectacle in Racing.” Along with the crowds, the balloons, and the trophies, another key tradition involves the winner drinking milk, and thanks to a poll conducted by the American Dairy Association Indiana, we now know what kind of milk every Indy driver this year wants if he or she comes in first. 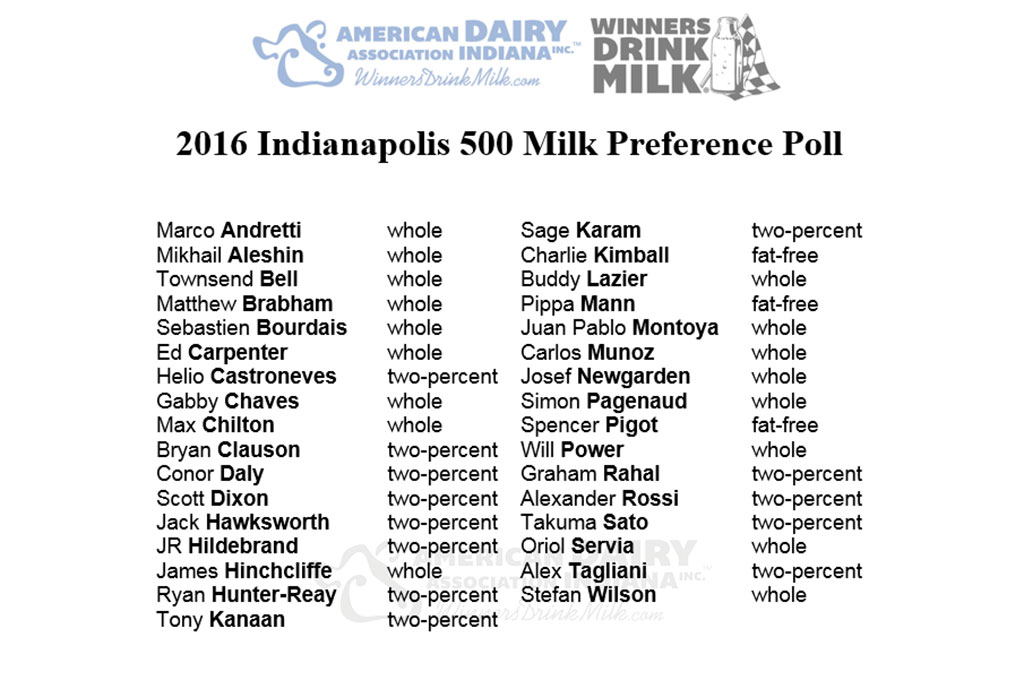 According to the “2016 Indianapolis 500 Milk Preference Poll,” most drivers would like to drink whole milk if they win the race. Seventeen drivers requested the fatty milk, while 13 said they prefer 2-percent. Only three drivers want fat-free milk.

The tradition of drinking the milk dates back to the 1930s, when three-time Indy 500 winner Louis Meyer drank buttermilk after winning the race. Legend has it that a Milk Foundation executive, excited after seeing a photograph of the moment, helped make sure the practice was repeated in following years. Although there were a few years when the milk wasn’t offered, it stuck as a tradition every year since 1956.

Speaking of beverages at racing events, champagne will no longer be present at the upcoming Monaco Grand Prix post-race celebration. After this year’s race, drivers will spray themselves instead with sparkling wine. Chandon, a sparkling wine that sponsors McLaren, is the celebratory beverage this year. And since it wasn’t produced in the Champagne region of France, it cannot properly be called “champagne.” We doubt anyone will notice the difference in the midst of victory.

Just in case you didn’t know, both the Indy 500 and Monaco Grand Prix are happening this weekend. 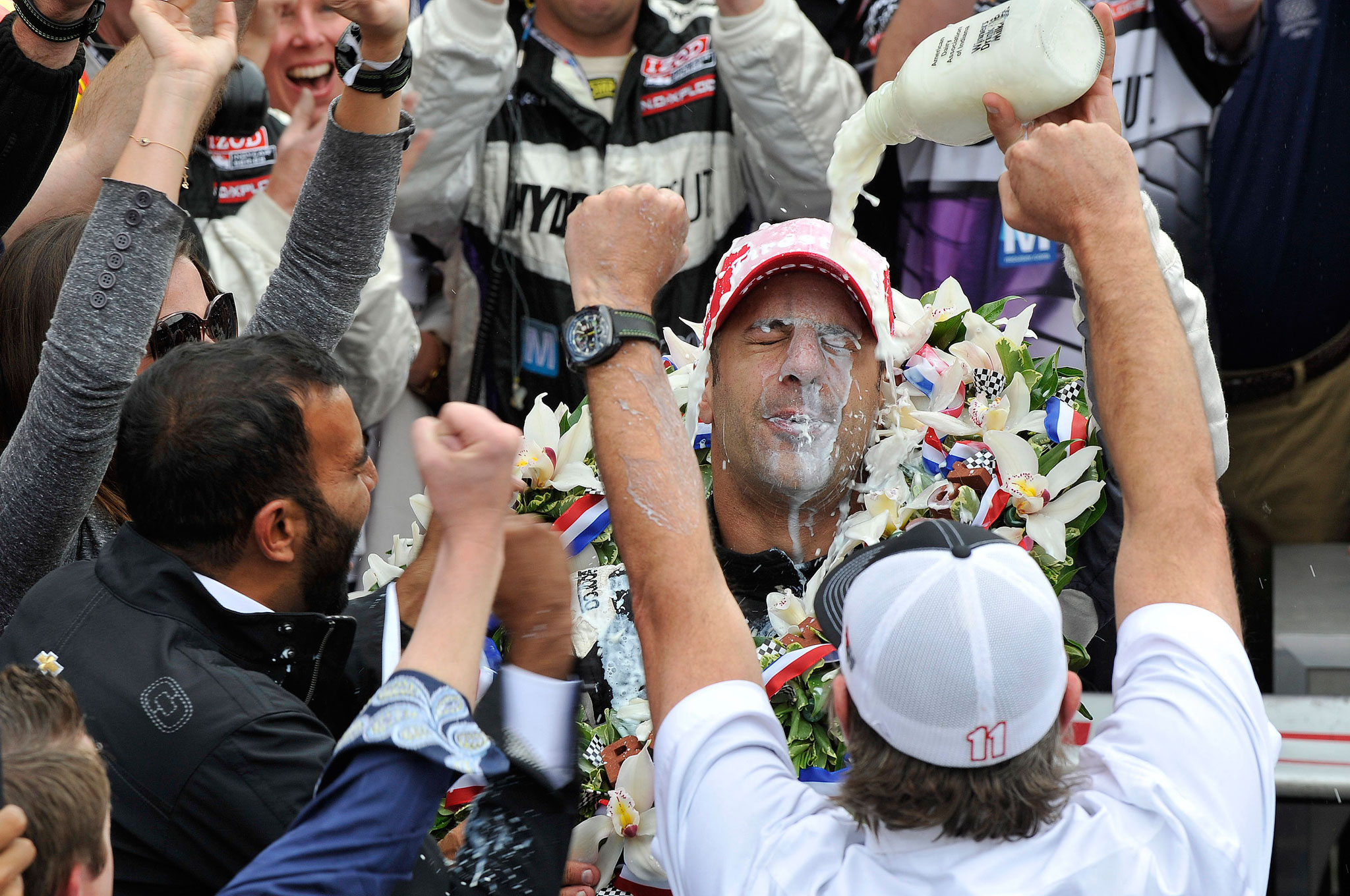