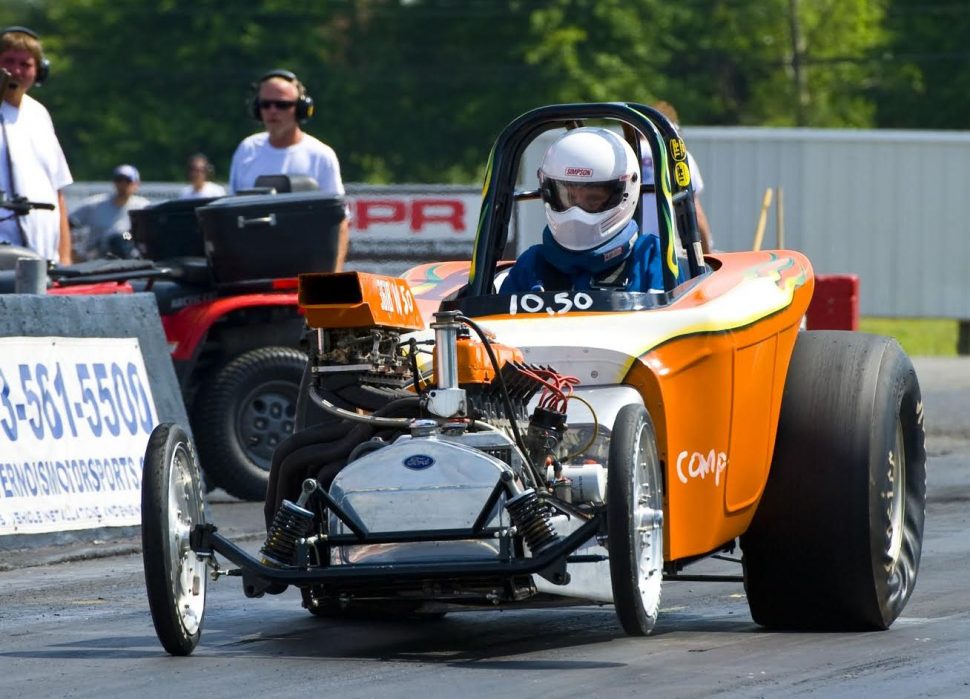 Inliners to gather for straight-six shootout during convention

Going fast in a straight line doesn’t necessarily require a V-8 engine or even one with overhead valves, as a group of inline- and flathead-powered drag racers intend to prove at next month’s special drag racing session in conjunction with the annual Inliners International convention.

“The general impression in the United States is that the straight-six is a baseline engine good for truck usage or for good fuel economy,” said Greg Koesel, who organized the inliners-only session. “Not many people think of them as high-performance engines.”

Greg, on the other hand, has thought of them as such for more than 40 years. A former small-block Chevrolet V-8 adherent, he decided to look for a less-expensive alternative while on a layoff in the early 1970s. A 1964 Ford Falcon Sprint that he bought off a neighbor proved an inexpensive way to continue racing, and even after he was recalled to his job he decided to stick with inline engines, eventually building a full-on Logghe-chassis altered dragster powered by a Ford 300-cu.in. straight-six.

“I like to say the 300 Ford six is the best-kept secret in drag racing,” he said. “A lot of people say, ‘Oh, that’s just a truck engine,’ but with a good carburetor and head, you’ll get good results.”

Generally, Greg’s found himself the sole straight-six-powered racer at the track over the years, though he pointed to the annual High-Altitude Flathead-Inline Nationals at Bandimere Speedway in Colorado and the increasing use of inline engines in latter-day hot rod builds as evidence of a community of performance-minded inliners.

About 20 racers – with a mix of purpose-built and street-driven cars – have committed to the event so far. Of that group, Greg said most run the Chevrolet 250 and 292 straight-six engines while some run the Mopar slant six and a few will run Ford 300 six-cylinders. While Inliners International, the club dedicated to inline engines, does not sponsor competition events due to the club’s no-racing insurance policy, Greg said he hopes this year’s independent event will become the first in a tradition of drag racing events timed to coincide with the Inliners International annual convention.

The racing will take place from July 7 to 9 at Kil-Kare Dragway in Xenia, Ohio, while the Inliners International convention will take place July 11 to 15 in Dayton, Ohio. For more information on both events, visit Inliners.org.