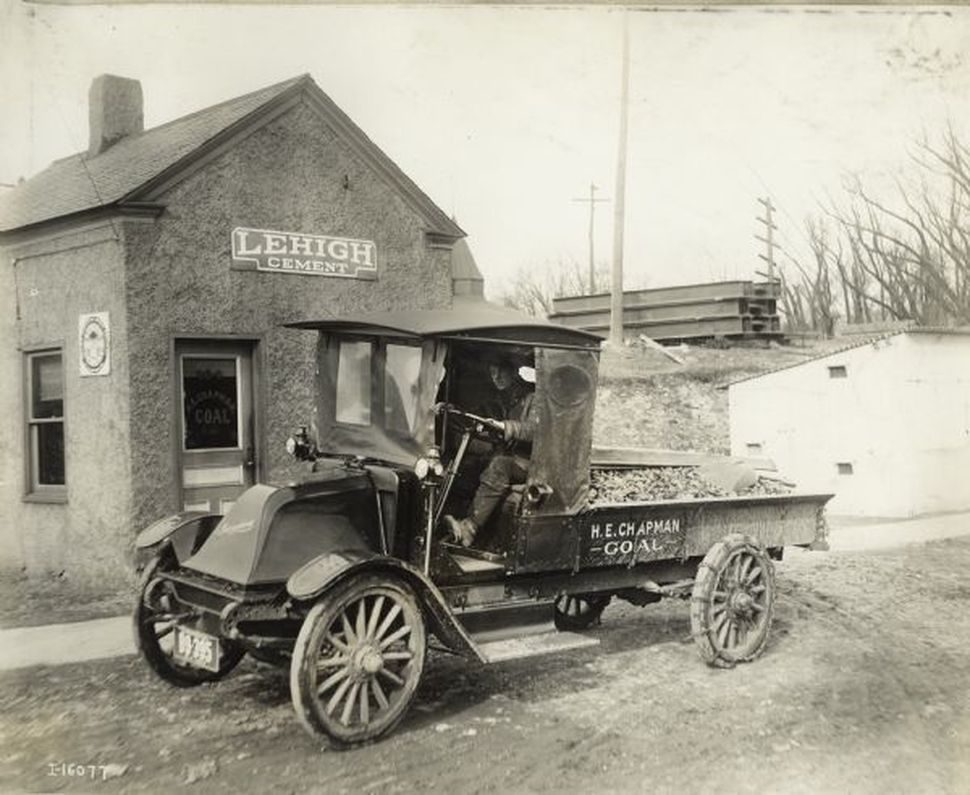 Octane press has sent us a few more bonus stories that didn’t make the book’s final cut; this one focuses on the first “modern” International truck, the 1915-’23 “Slope Hood.”  Photo from John Glancy’s archives. Editor’s note: Jim Allen and John Glancy’s forthcoming book, the International Scout Encyclopedia, promises to cover everything a Scout enthusiast would want to know (and more).

By the start of World War I in 1914, it was clear the International Harvester Company had taken the Auto Wagon platform as far as it could go. In 1915, they introduced a new line of trucks that more closely matched the direction of motor truck design in general. The Models H, F, G, K, and L International Harvester Company (IHC) trucks would bring more sales and market share. The five designations would correspond to three-quarter, one, one-and-a-half, two, and three-and-a-half ton ratings. These trucks pretty well covered the market in those days and some hundreds of IHC trucks from this era went to war in 1917 when America did, particularly the H and F models.

Commonly known as the “Slope Hood” IHC trucks, they used a sloping hood style made famous by Renault and Mack. The radiator was behind the hood, just in front of the driver. The Slope Hood trucks used a water-cooled, upright IHC four. The L-head engines were similar across the range of weight ratings and all shared a 5-1/2 in. stroke. The bore and output varied from the smallest 3-1/2 in. bore to the largest with a 4-1/2 in. bore. The Slope Hood trucks were staggered in their introductions, with the F coming first in 1915 and the H in 1916. The G followed in 1917, the K in 1918 and the L in 1920. These were modern trucks, having an enclosed drive-train and a three speed transmission rather than the chain drive of the Auto Wagon.

The Model F was the beginning of a new truck era for IHC. The trucks moved the company into the new wave of industry design trends for motor trucks. The sloped hood, which placed the radiator behind the engine, was popular. Legend has it this was done because of a devious tactic where those with an interest in preserving the status quo would deliberately back wagons into the front of motor vehicles to puncture the radiator.

These trucks continued in production into 1923, even after the introduction of the more modern Speed Truck in 1921. In that year, the H became the Model 21, the F the 31, the G the 61 and the L the 101. The first digits of the new designations reflected the capacity in thousands of pounds and all the trucks moved up a notch in capacity to match. In excess of 32,000 Slope Hood trucks were produced.