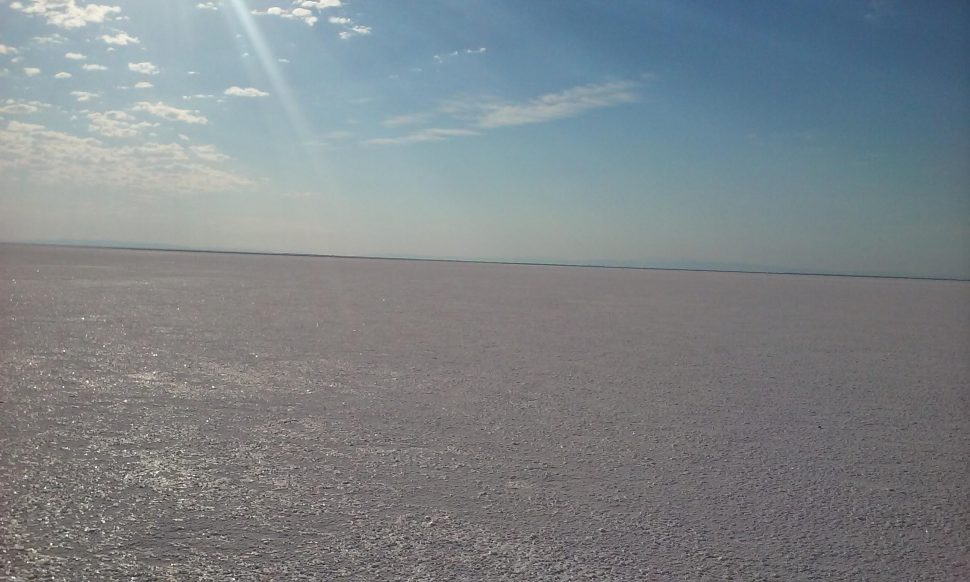 Actually Is Bonneville Back?

Well, there may just be a movie-style miracle in the making at the legendary but beleaguered Bonneville Salt Flats…

Looking every bit like the snowpack in Antarctica, the salt crust at Bonneville this year is shaping up to be a raceable surface. Photo courtesy of SCTA.

America’s premier stage for setting land speed records has not hosted its main event, Speedweek, in two years. The 2014 event was cancelled because of a deluge whose effects lasted days, while last year’s trialing was called off due to a salt crust too diminished in area and quality to safely run the singularly fast cars that go to that very special place to push back the limits of speed.

Racers have been warning of the gradual destruction of the Salt Flats for decades, calling for an end to the mining that has been happening there since the start of the First World War. 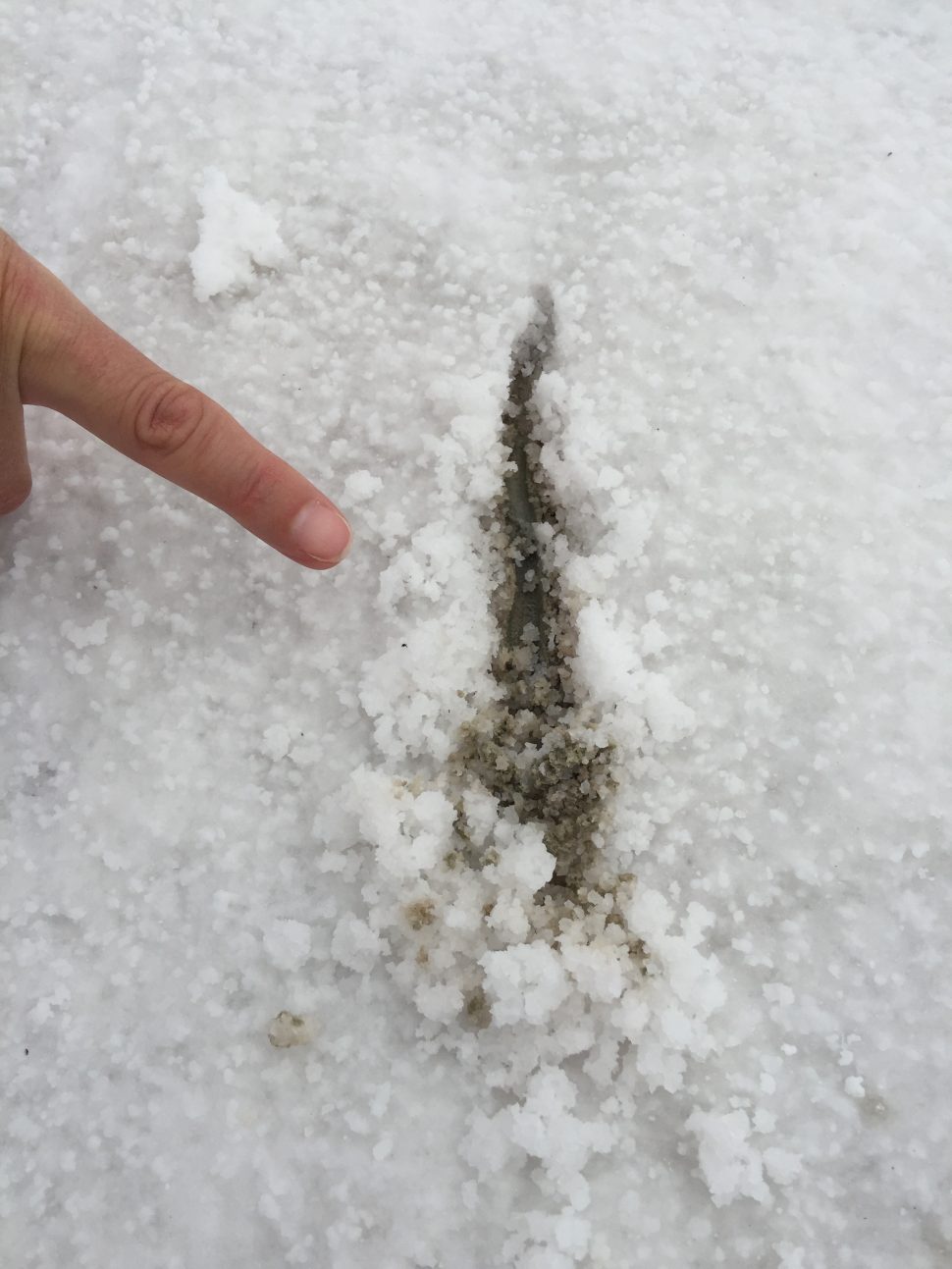 In 2015, the Salt Flats did not present a safe or significant raceable surface. Here, the salt was scratched with a car key, revealing silt less than an inch down. Photo by the author.

Contrary to what many think, salt is not the objective of resource extraction at Bonneville, rather, it’s potash — which is most commonly used in the production of fertilizer — that companies like the current Intrepid Potash are mining. Potash laces the salt brine in the aquifer that sustains Bonneville’s surface, and once it has been separated from the brine, the salt waste is simply left in massive piles on the other side of the highway.

When Speedweek was nixed last year, it brought renewed attention to the plight of Bonneville, which is a National Historic Landmark that has been designated “an area of critical environmental concern.” Bonneville is under the administration of the Bureau of Land Management, which is charged with the seemingly contradictory tasks of both ensuring the continued existence of this remarkable natural area and with overseeing its capitalization.

In the intervening year, through pressure from organizations like Save the Salt Foundation and the Utah Alliance (an advocacy group comprised of locally based racers) and media outlets like Hemmings Motor News, Utah’s governor and its legislators responded officially urging the BLM and the state and federal government to devise a plan to restore the Salt Flats.

Toward this end, a Salt Flats summit comprised of representatives from the various concerned parties—including the community of racers, local government, BLM and Intrepid Potash mining company—took place during the third week in May in Salt Lake City.

While all the parties left the meeting agreeing that the Salt Flats are deteriorating, they differed in identifying what is causing that deterioration as well as what the solution should be. Those advocating for immediate action wanted to see the return and augmentation of the Salt Laydown project, while the BLM and Intrepid urged patience until the completion of a scientific study slated for 2018, arguing that it is unclear what is causing the disappearance of the Salt Flats and what the effect would be of returning large quantities of salt to the basin.

It was in this stalled position that Mother Nature reminded us that, although we haven’t yet begun working to fix Bonneville for the longterm, the Salt Flats aren’t so far gone as to be hopeless. 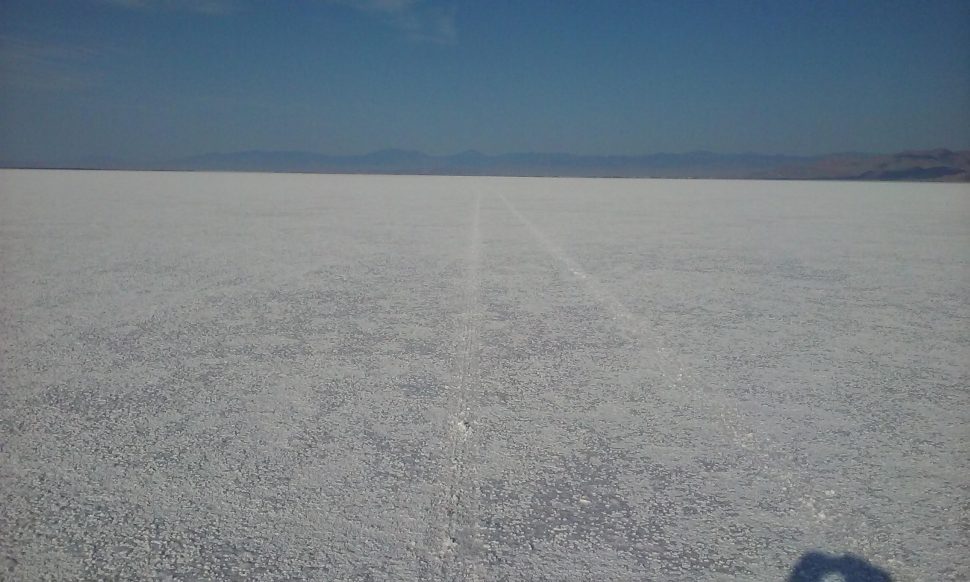 A view of another location at Bonneville, showing again what is shaping up to be a good surface for land speed racing. Photo courtesy of SCTA.

On June 28th, the SCTA announced that conditions are looking good for Speedweek to return this year, much to the elation of racers whose bids for new records had been put on hold for what many feared would be indefinitely.

The press release stated: “As of right now we have an 8-Mile Long Course, a 5-Mile Short Course and a 3-Mile Rookie Course. Course Prep is in motion and the 5-Mile & 3-Mile courses have been groomed. The SCTA is confident that the courses are all good and there is salt all the way down.”

This good news was added to on July 1st, when SCTA’s crew reported that, as the Flats do in a normal year, the wetness of spring and early summer is “drying nicely.” In light of how badly racers want Speedweek to return, the USFRA cancelled its Test N’ Tune as the Salt Flats continued to dry in order to be certain that the best possible surface is preserved.

While the prospects are looking good for a return to record setting at Bonneville for this year, the racers would remind us that the hard work of reversing the destruction of this National Historic Landmark and precious natural site hasn’t yet begun. If it is to remain for future generations of land speed record setters and nature lovers, much has to be done to protect it from exploitation and the effects of a rapidly evolving environment.